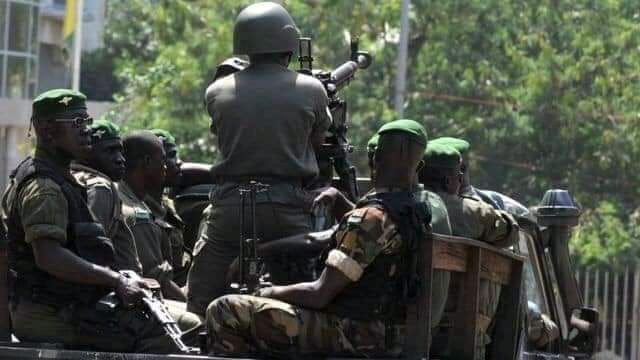 The leader of Guinea's coup d'état today tried to reassure the country's partners and foreign investors, as well as citizens, assuring that the new leadership will abide by the economic and mining conventions and will not engage in "witch hunts".

The commission, which now governs the country, a major producer of bauxite and other ores, "assures partners that it will meet all its obligations (…) and reminds it of its commitment to promote foreign investment in the country," the colonel said. Mamadi Dubouya, in his first public appearance since Sunday's coup.

Dubois promised that a "government of national unity" would be formed to undertake the "political transition", without specifying the duration of this "transition".

The commander of the special forces addressed former ministers and presidents of large organizations who had been invited to gather under a large tent, outside the People's Palace, the seat of Parliament, because otherwise they would be considered "insurgents".

Much of the international community has condemned the military coup in Guinea. However, several hundred citizens who had gathered around the People's Palace greeted the young strong man of the country, shouting slogans such as "Freedom, freedom" and "Long live the army".

In Conakry, the capital that is usually full of life, a traffic ban has been imposed today. Many shops remained closed while the presidential palace and access to the city center were guarded by armed soldiers.

Special forces say they have arrested President Alpha Conte to put an end to "economic disorder, poverty and endemic corruption" and "the instrumentalization of justice and the violation of citizens' rights", saying they wanted to "deliver policy". to the people ".

A video released by the coup plotters shows Conte calm but discouraged, half-lying on a couch, wearing an open shirt and jeans. The coup leaders assured that he is in good health.

The military junta disbanded the government and institutions and repealed the Constitution that Conte had promoted in 2020, which gave him the right to run for a third term, despite months and bloody protests in the country. They also imposed a traffic ban and closed the border. An announcement read on television this morning, however, made it known that the air borders were reopened.

This coup adds to the turbulent history of the country, which for decades, after declaring its independence in 1958, has been ruled by authoritarian or dictatorial regimes.

No deaths were reported after the army took power, although gunfire was heard from central Conakry on Sunday morning. No major riots were reported and Dubois tried to reassure his countrymen. He reprimanded the former ministers and asked them to hand over their travel documents and official cars. But, he added "there will be no spirit of revenge (…) there will be no witch hunt".

The National Front for the Defense of the Constitution (FNDC), a coalition of movements that had organized rallies against Conte's third term, called on the people of Conakry to go to the reception of its members "who will be released after 11.30", local time . The local press also reports that Dubois ordered the release of all political prisoners.

The bodies of three people were retrieved from properties set on fire in Choniara, the capital of the Solomon Islands, where riots broke out on Wednesday, he announced today ...
Read more
GREECE