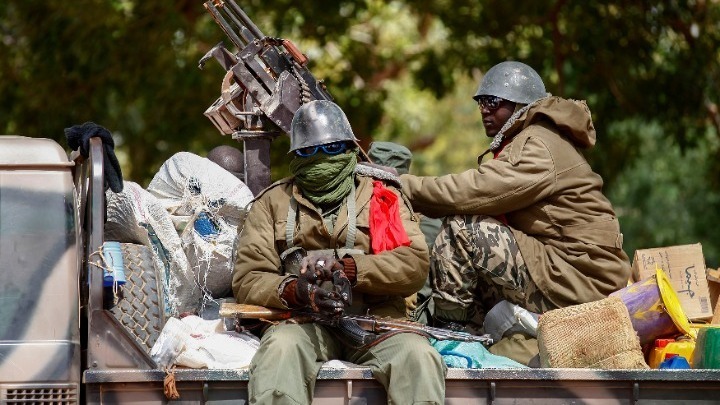 Guinea's special forces have said they have arrested President Alfa Conte, seized control of the capital Conakry and dismantled state institutions in a coup condemned by the international community, but could mean the ouster of a

The commander of the special forces, Mamadi Dubuja, announced along with other coup officials in a video message that "they decided to arrest the president, to abolish the constitution, to dissolve the institutions, including the government, to close the air borders and impose a traffic ban across the West African country that has been mired in a severe economic and political crisis for months.

The coup leaders also released a second video of President Conte being asked if he had been abused and who refused to answer.

UN Secretary-General Antonio Guterres has strongly condemned the seizure of power in Guinea "by force of arms" and called for the immediate release of President Alfa Conte, 83.

"France" condemned the attempted seizure of power "in Guinea and demanded the immediate and unconditional release of President Conte", with a statement issued by the French Foreign Ministry.

The coup was also condemned by the African Union and the Economic Community of West African States, who demanded the release of President Conte and the restoration of constitutional order.

For months, Guinea, one of the poorest countries in the world despite its mineral and hydrological wealth, has been in an acute economic and political crisis, exacerbated by the Covid-19 pandemic.

In mild tones and in terms of political culture, without missing some peaks between the candidates, the debate of the five took place last night ...
Read more
News Bulletin Athens 9.84

The Italian government decided tonight that, from December 6, anyone who enters public transport without a negative coronavirus or green test ...
Read more