US: At least 13 killed in heavy rains in New York and New Jersey 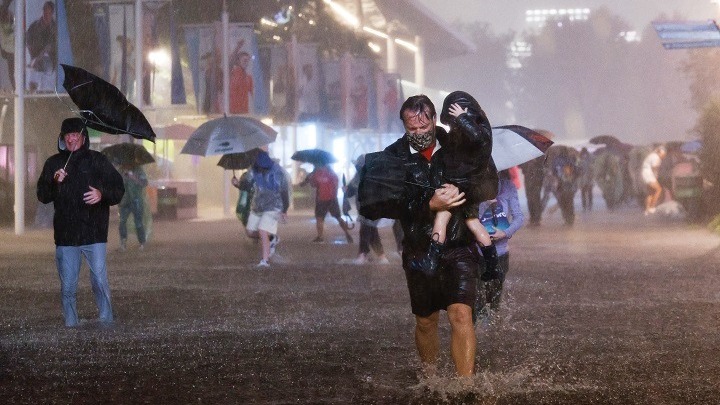 Torrential rains and flash floods that hit New York and the wider US metropolitan area on Wednesday night claimed the lives of at least 13 people, officials said today.

The US media puts the death toll at at least 22.

New York Mayor Bill de Blasio, in a press conference he gave earlier, said that nine people were killed. The city of Elizabeth, in neighboring New Jersey, later reported that four people had drowned in this "historic weather event" caused by Tropical Storm Aida: an elderly couple, their son and a neighbor, who lost their lives. inside the same building.

Their swords crossed GSEE and the Ministry of Labor on the occasion of OAED's decision not to renew the fixed-term contracts of 500 employees in ...
Read more
CIVILIZATION

The internationally renowned, award-winning Swiss architect Mario Botta will visit Athens on Sunday, October 24, 2021 to be guided to the SYMBOLS & ...
Read more
984

More than 8.000 schools, ie 60% of all school units, have applied the law of evaluation, he said on Friday afternoon ...
Read more
WORLD

The warm farewell of the leaders to Angela Merkel

Chancellor Angela Merkel will visit Athens on October 28 and 29. The announcement of the visit was made a while ago by the deputy government representative, ...
Read more
984

Turkish delinquency will be highlighted today, during the second day of work of the European Council, by Prime Minister Kyriakos Mitsotakis, raising the issue of non-implementation by Ankara of the agreements on immigration (an issue that is planned ...
Read more
ECONOMY

Increased tourist flows by 79,3% compared to last year in the eight months of January-August

The number of tourists who visited Greece in the eight months of January-August exceeded 8,5 million, recording an increase of 79,3% compared to the corresponding period last year. According...
Read more