No. Servetalis: Saint Nektarios with the example of his life, showed me not only how to impersonate him but also how to connect with Orthodoxy and God 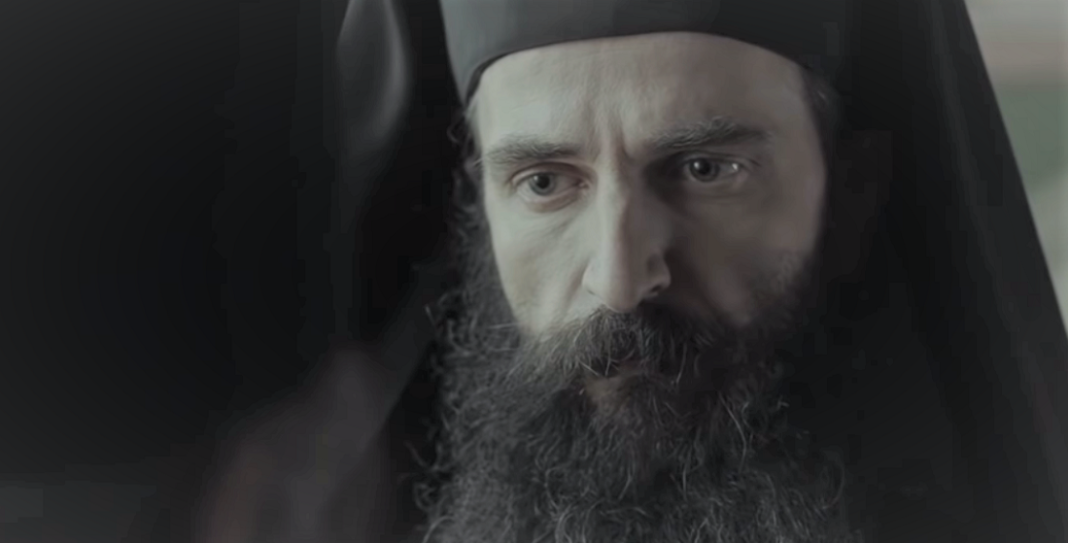 "Man of God", The long-awaited and much-discussed film about the life of Saint Nektarios, on the occasion of the 100th anniversary of his death (1846-1920), has been shown in cinemas for a few days now.

He focuses on the life, the charitable and pastoral work of Saint Nektarios, the miracles he performed but also the persecutions and slanders he suffered, following in his footsteps, the last thirty years of his life, after his expulsion from Alexandria, in Athens. and then to Aegina.

The talented and diverse actor Aris Servetalis, took on the very difficult role of Saint Nektarios, especially beloved by the Greeks, the most recent of the great Saints of the Orthodox Church.

Speaking to Athens 9.84 and to Jason Triantaphyllides, with the same calmness, meekness and maturity that we enjoy on the big screen, he referred to the aspects of the role he was called to play, to his difficulties in leading the role to the path to holiness but also to the spiritual connection he created with the Saint. Nektarios, studying his personality, through his rich literary work.

"Fortunately, Saint Nektarios had written many books, so through them I tried to study his spirit. He had a very humble attitude and a very strong connection with God. He had trusted in His life and in His will. All this was for me a very powerful way to see how I reveal myself in everyday life, entering into such a process. The Saint, with the example of his life, showed me not only how to impersonate him but also how to connect with Orthodoxy and God ", he mentioned.

Aris Servetalis' personal relationship with Orthodoxy and God is "An ever-growing contact", as he characteristically described it, pointing out that he did not try to impersonate Saint Nektarios, having in mind whether his interpretation would receive positive comments.

"I enter a process of interpretation as I feel this relationship with the character that develops through the study or through the process of rehearsal and filming. Some will like it and some will not. Through the life of Saint Nektarios, we realize that we do not need to please people but God, so all our actions have this as their ultimate goal. This was the criterion of the Saint. He did not rely on human contentment, he entered the process of following the path of God, despite the difficulties he encountered. After all, the obstacles strengthen the faith, therefore Saint Nektarios was a champion in this ".

He also underlined the important help and guidance of Yelena Popovic who signs the direction of the film and who, as she said, gave him the "space" he needed in order to "unfold" his role and go down in history as a spectator.

"He managed to create a simple film that tells the story of a man who sanctified through his choices, the faith and the struggle he made in his life."

In fact, he revealed that when he was offered the role of Saint Nektarios, he was initially hesitant.

"My first reaction was a little hesitant, I did not respond immediately. The thought had to calm down inside me. I wanted to see if I could cope. But then you enter into this process of faith and say that I will do the best I can and from there on, the Saint will also help ".

Aris Servetalis, also spoke about the tragedy of Euripides "Orestes" in which it stars, directed by Giannis Kakleas and translated by George Heimonas, and which continues its course with selected performances in open theaters of Attica and completes its cycle on October 4 and 5 at the Herodeion, saying: "We traveled all over Greece and the response from the public is excellent. There is a very nice dialogue between the show and the spectator ".