SARS-CoV-2 probably has not "finished" with its surprises 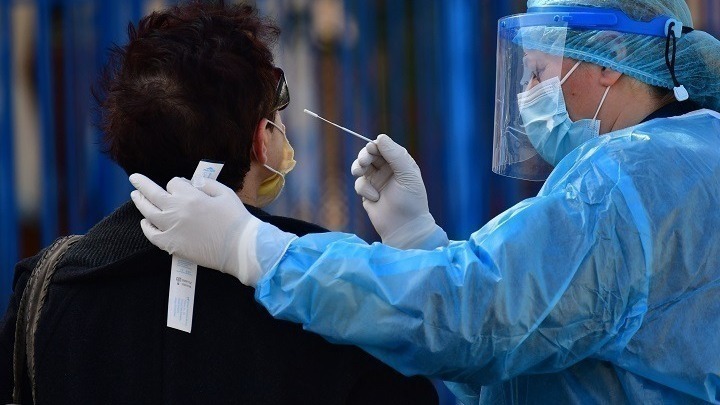 Professors of the Medical School of the National and Kapodistrian University of Athens, Gikas Majorkinis and Thanos Dimopoulos (Rector of EKPA), explain why the mutated Delta strain of SARS-CoV-2 is such an important obstacle in dealing with the pandemic.

The arrival of the second wave in the United Kingdom was marked by the Alpha strain. The discovery of the Alpha strain in the United Kingdom at the beginning of the second wave coincided with the discovery of the Beta strain in South Africa. Researchers in South Africa first observed a dramatic increase in the frequency of the Beta strain carrying the N501Y mutation (also known as Nelly). When colleagues searched for the N501Y mutation in the UK, they found a significant increase in strains with this mutation, but of a completely different origin. In simple words they were looking for the Beta strain but they discovered the Alpha strain. At the same time, a strain with a completely different origin from the Alpha and Beta that brought the N501Y, however, was spreading to Brazil, the Gama strain. This almost simultaneous expansion of 3 different strains in different parts of the world with similar mutations was a strong indication of a convergent evolution. Simply put, the fact that in 3 parts of the world we had strains that emerged in a similar way was an indication that the virus has a limited chance of evolving as immunity develops in the human population.

However, the arrival of the Delta executive completely changed the scene. The Delta was originally associated with the arrival of India's largest epidemic, but soon spread to other countries and has already prevail in many parts of the world. Therefore, it appears to have greater penetration than Alpha, Beta and Gamma, and does not appear to share mutations with any of these 3 strains. The reasons for Delta's increased penetration are not yet fully understood, as its mutations differ significantly from those observed in the other 3 concern strains. One of the mutations that seems to play a very important role is P681R, which we believe facilitates the entry of the virus into cells. At the same site, the strain Alpha has another mutation that also improves the entry of the virus into the cells, but does not have as strong an effect as P681R.