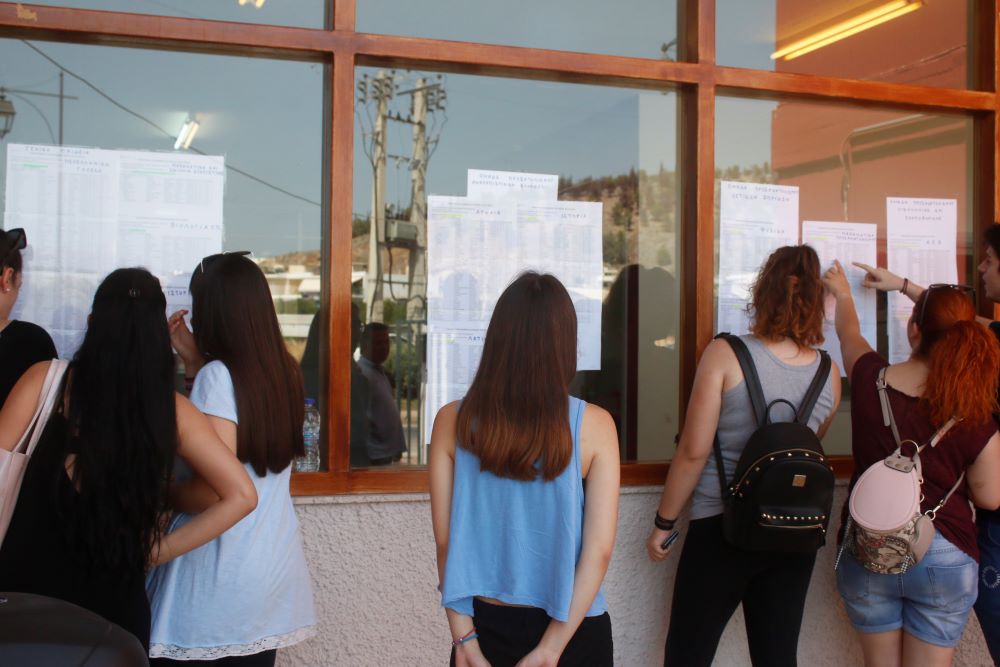 Political controversy over the number of students admitted to universities, as well as for kindergartens, after the suspension of the leader of the official opposition.

Mr Tsipras accused the government of "being extremely capable of widening inequalities", saying:

"The Mitsotaki government is completely incapable of extinguishing a fire, but extremely capable of widening inequalities and undermining the public interest over the private ones."

Answering o government spokesman, Giannis Oikonomou claimed that "numbers for Mr Tsipras have always been a tool of distortion of reality" and added:

"Even before the admission bases are announced, as a futurist he announces numbers for how many children will not enter the University. At the same time, it directly devalues ​​the Public Vocational Schools to which those who wish will have free access and high level professional training.

"For the daycare centers, the numbers deny it again. From 155.684 vouchers in 2019 we have 167.031 in 20121. Mr. Tsipras either does not know or hides that no application to participate in the program for nurseries, nurseries and structures for children with disabilities was rejected.

He does not care about the need to reorganize mass sports programs with rules and transparency so that even more people can participate and, above all, really play sports.

For the government, the state exists to promote the good of the citizens for this and with targeted policies we fulfill the obligation of the state to provide to every child, to every young man and woman who wants what they need for their prosperity and prosperity. " .

"The work of the government representative is difficult. How to justify that in a year of pandemic thousands of students will be expelled from the public University with the sole aim of increasing the clientele of private colleges? Can he also tell us how many children live outside of kindergartens and KDAP, why does he seem to have forgotten somewhere in his answer?

As for the exclusion of thousands of children from mass sports, his response offends and provokes thousands of families by talking about reorganizing programs.

ND's long-term relationship with the public sector is well known: looting in favor of the interests of the few, bankruptcy for society ".

The president of SYRIZA, Alexis Tsipras, was denounced by the leadership of the Ministry of Labor for cheap opposition and huge lies. Responding to Official Opposition Allegations of Excluding 83.000 Children from Nurseries

The European Commission has signed a joint contract with the pharmaceutical company Eli Lilly to supply monoclonal antibody therapy for patients with coronavirus. The contract was signed ...
Read more
GREECE

Spyros Kapralos was re-elected president of EOE after Tuesday's elections. The "immortal" received 28 votes out of a total of 29, while one vote was ...
Read more