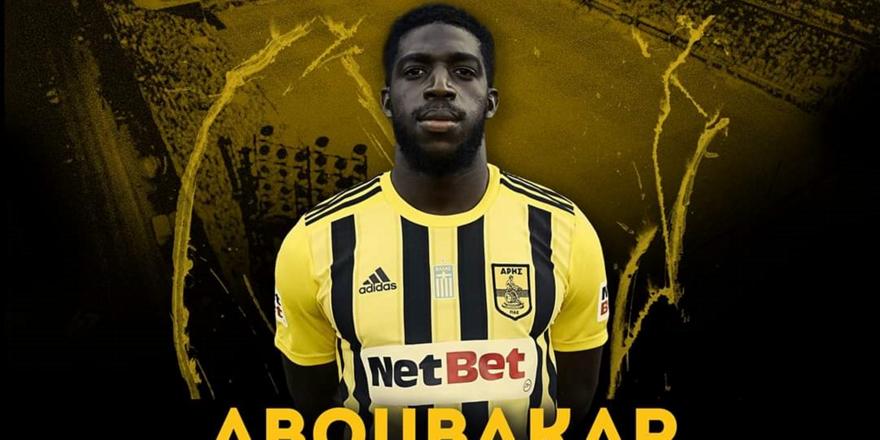 Mars player is Abubakar Kamara as the "yellows" announced the acquisition of the French striker.

The 26-year-old footballer has been in Greece since Monday, passed the necessary examinations on Tuesday and then signed a four-year contract with Thessaloniki.

In detail, the announcement

PAE ARIS announces the acquisition of Aboubakar Kamara with a transfer from Fulham.

The 26-year-old French striker, after successfully passing the necessary medical examinations, signed a 4-year contract with our team.

Kamara was born in Gones, France on March 7, 1995 and grew up in a large family from Mauritania and Senegal.

From an early age he joined the academies of Monaco, where he became a man of football. His excellent performances with the Amiens jersey (45 appearances, 16 goals, 3 assists), were the "step" for the big step in his career, his transfer to Fulham.

In 85 appearances in England, in the Premier League and Championship, Kamara scored 14 goals and shared six assists.

Last season he played on loan at Dijon (10 appearances, 1 goal), while he has tried his luck outside France in Kortrijk and Malatyaspor.

This season, he completed the summer preparation with the Fulham team, played in the first match of the Championship and as of today, the French striker belongs to the ARIS family.

A fire broke out for an unknown reason, in an apartment building on Pythodorou Street in Kolonos. To extinguish the fire, 24 firefighters are attempting with ...
Read more
GREECE

Enterprise Greece: 9 Greek participations in the exhibition of defense equipment systems in the USA

With the aim of highlighting the innovation and technological progress that distinguish Greek products, but also the promotion of international stability, the ...
Read more
GREECE

"The commitment of the United States and the Biden government to the stability and prosperity of Greece, the Balkans, Southeastern Europe and ...
Read more
News Bulletin Athens 9.84

Ongoing operation of the Fire Brigade to locate two people who went missing on Mount Athos. The service was notified of their disorientation, around ...
Read more
984

The Fire Brigade has been carrying out an operation to find two people who went missing on Mount Athos since this morning. The service was notified at around 6 in the morning for ...
Read more
984

The first bilateral working meeting of the Minister of Foreign Affairs Nikos Dendias with the American counterpart Anthony Blinken took place in an exceptional atmosphere, according to diplomatic ...
Read more
WORLD

Three people were killed and seven injured today in an earthquake that hit the tourist island of Bali, announced the Indonesian service responsible for ...
Read more

A fire broke out for an unknown reason, in an apartment building on Pythodorou Street in Kolonos. To extinguish the fire, 24 firefighters are attempting with ...
Read more
984

The rainfall in Attica from the bad weather "Ballos" was strong, causing a multitude of problems in the city of Athens. According to the records of the network of automatic ...
Read more
IT HAPPENS IN ATHENS

Due to the subsidence of the road, the traffic was stopped on Papanikoli Street in the current towards Chalandri from the height of the intersection with the street ...
Read more