On the Acropolis with the trophies the Antetokunbo family 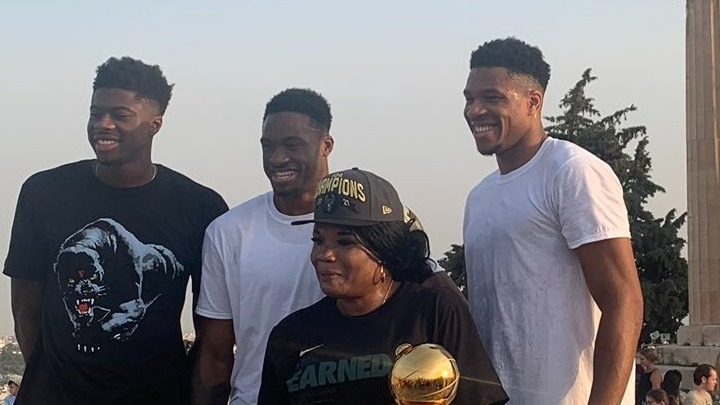 Giannis Antetokounbo visited the Acropolis, embracing the trophy of the NBA champion, but also that of the MVP of the finals.

The Greek Freak was accompanied by his brothers Thanasis and Costas Antetokounbo, as well as his mother Veronica together with his manager, George Panou, with the Greek internationals becoming a pole of attraction for tourists at the Holy Rock of Athens.

Once again, Giannis managed to advertise Greece in the best way, as accounts of mainly American tourists who are in our country and immortalized the NBA champion with the Milwaukee Bucks, have already started to "share" the… photo evidence in social media.

My brother saw @ Giannis_An34 in Athens on vacation. I was just at work. How did your day go? pic.twitter.com/JNbvA42MZC

Ankara's delinquency was put at the center of his close diplomatic contacts in New York by Kyriakos Mitsotakis, while his speech is expected ...
Read more