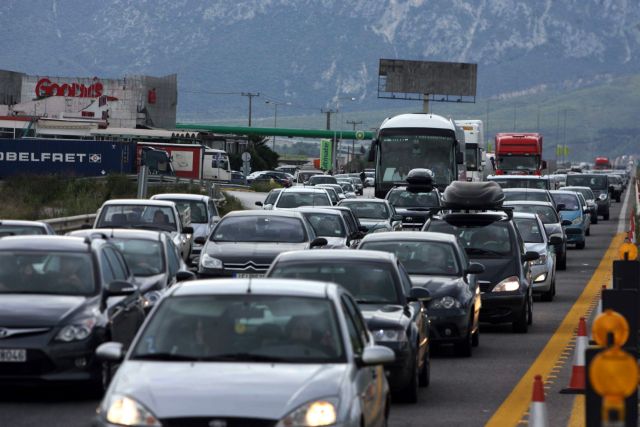 With the announcement of the Traffic Police, the traffic of the vehicles was stopped, due to the re-ignitions in Varybobi.

At the following points:

Nea Odos informed, with its announcement, that due to a fire in the wider area of ​​Varybombi and following a traffic order, a total cessation of traffic is taking place in the section of the ATE highway from the Kalyftakis Junction Junction to the Oinos Junction Junction.

At the side toll station of Inofyta, as he notes, a suspension of toll collection has been implemented.

Nea Odos assures that it has taken all the necessary measures and asks drivers to comply with the relevant signs and traffic instructions.

Suspension of tolls on Attiki Odos, to facilitate those traveling to and from the fire-affected areas of Attica.

TRAINOSE: The routes in the section Athens-Chalkida-Athens are abolished until recently

Due to the traffic stop at the Athens-Oinoi railway section, routes 52 and 884, tomorrow, August 6, will be operated by buses from Athens to Oinoi and from Oinoi by train, as announced by TRAINOSE.

Also, the itineraries in the section Athens-Chalkida-Athens are abolished until recently, according to the same announcement.

The Israeli Ministry of Health announced yesterday Tuesday that in the previous 24 hours 8.691 cases of SARS-CoV-2 were diagnosed and 26 patients succumbed to ...
Read more
COVID-19

The non-governmental organization Amnesty International today accused the pharmaceutical companies that produce vaccines for COVID-19 of aggravating a "crisis without ...
Read more
COVID-19

The mass deportation of Haitians from the US authorities, without first considering whether they need international protection, is probably contrary to international law and ...
Read more