Israeli bombings at night in Lebanon 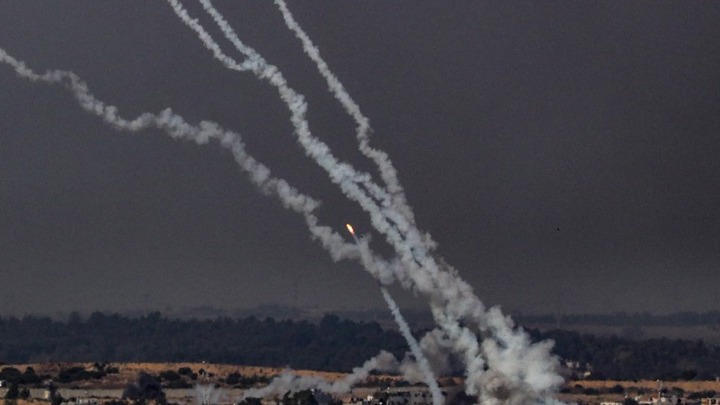 Israeli Air Force fighter jets have been raiding areas in Lebanon from where rockets were fired at Israeli territory on Wednesday, the Israeli army said in the early hours of this morning.

"Earlier (…) rockets were fired from Lebanon into Israeli territory. "In response, they hit the positions from where they were fired and infrastructure used by terrorist organizations in Lebanon," the Israeli army said in a statement.

Shortly after the launch of at least three rockets yesterday at noon, the Israeli army announced that it had retaliated with artillery fire against Lebanese territory.

Israeli first aid services confirmed that there were no casualties.

Sirens sounded for an impending rocket attack on Israeli communities near the Lebanese border, including Kiryat Simona.

The border area between the two countries remains relatively calm after the 2006 war between Israel and Hezbollah. However, small Palestinian groups have occasionally fired rockets at Israeli territory from northern Lebanon, with the Israeli army retaliating, usually firing artillery fire.

The European Union drug regulator announced today that in early October it will or will not give its approval for the granting of a ...
Read more
WORLD

The prosecutor's office identified at least 173 online sources, related to the opposition politician Alexei Navalny and the Anti-Corruption Foundation, which ...
Read more
WORLD

Turkish President Recep Tayyip Erdogan said today that Turkey's ties with the United States are not healthy and that Washington ...
Read more
CIVILIZATION

In his new work, Wakatt, which draws inspiration from the African continent, but also has many more influences, the choreographer Serge Aime Koulibaly ...
Read more
News Bulletin Athens 9.84

The Prime Minister Kyriakos Mitsotakis will not finally meet tomorrow morning with the Archbishop of America Elpidoforos, in the planned tour of Point Zero and ...
Read more
GREECE

The Taliban's decision to exclude women from education is disgusting. On the occasion of this decision, the Minister of Education Niki Kerameos ...
Read more