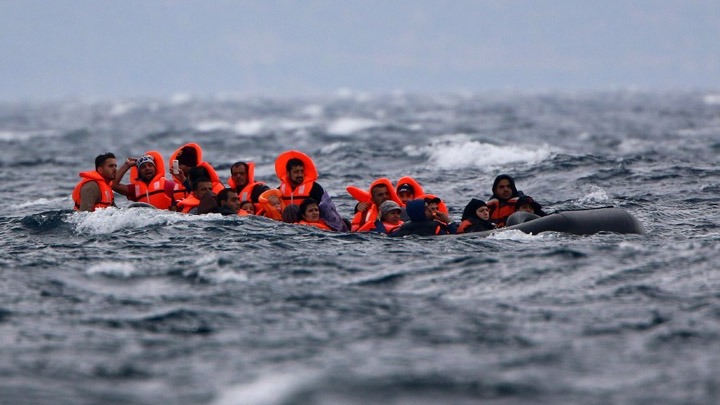 The Italian government again demanded on Wednesday that the redistribution of refugees and migrants to the European Union member states proceed.

During the talks, he outlined the current situation in Italy and called for an emergency council of internal affairs to be set up to discuss the issue.

Hundreds of migrants and refugees have arrived in the island of Lampedusa and other parts of Italy every day in recent weeks. They depart mainly from the coasts of Tunisia and Libya, to reach Europe by crossing the central Mediterranean. Their most frequent destination is Italy.

As of yesterday, the Italian Ministry of the Interior had recorded more than 30.200 arrivals of migrants by sea this year, compared to about 14.800 in the corresponding period of 2020.

However, in the request made by Italy for the ninth time, its partners in the EU discount that they will be deaf. Due to fundamentally different views on tackling the migration and refugee crisis and the mechanism for redeploying people arriving in Europe, negotiations on immigration and asylum reform in the EU have been at a dead end for months.

Brussels also often argues that Germany and France receive much more applications for asylum from Italy on a monthly basis.

According to the UN, some 1.000 migrants and refugees have lost their lives in the Mediterranean, mainly on its main sea route, so far by 2021.

A performance dedicated to the life and work of the great collector of works of art Alexandros Iolas will take place in his villa, just before the ...
Read more
News Bulletin Athens 9.84

Diplomatic marathon and crucial consultations in New York, on the sidelines of the UN General Assembly. Strict message from Washington to Ankara. According to diplomatic ...
Read more
IT HAPPENS IN ATHENS

The three big "thorns" in the insurance

The Commission identifies three major insurance "thorns" with effects on the state budget in its report on the course of the Greek economy and the Office ...
Read more
984

The meeting of Kyriakos Mitsotakis with the Secretary General of the United Nations, Antonio Guterres, at 14:10 local time dominates the program of the Greek Prime Minister today ...
Read more
984

The Personal Assistant for People with Disabilities is established

The series of interventions with the spearhead of the Personal Assistant for Persons with Disabilities, the Disability Card and the protection of minors, includes the bill ...
Read more
CIVILIZATION

"We Stay Standing": Concert to help the fire victims of Northern Evia

The summer of 2021 was marked by the most devastating fire of all time. Vast areas of pine forest in Northern Evia, Attica and the Peloponnese became ...
Read more

Unknown people attacked, late last night, Wednesday night, a group of team fans, in Kato Patisia. According to ELAS, clashes followed with the people who ...
Read more
IT HAPPENS IN ATHENS

The Hellenic Mountaineering Association of Acharnes (EOS) was founded in 1976, by nature lovers of the city of Acharnes due to the proximity of the place to Parnitha. THE...
Read more