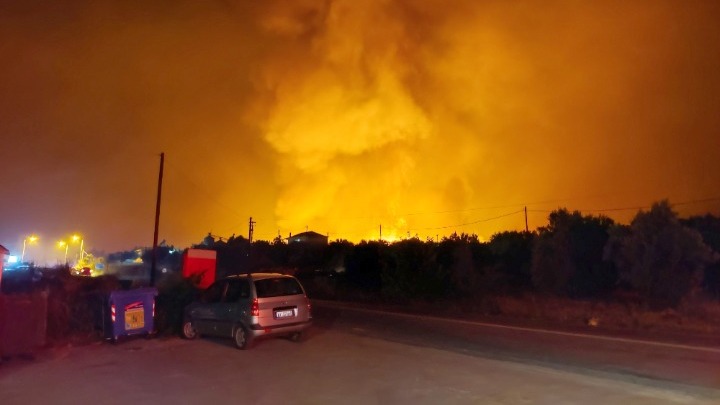 The fire in North Evia continues its destructive course with the fire front raging uncontrollably.

Shortly before 9 pm, it became known that a new front had broken out in the Daphne area near Rovies.

At the same time, an evacuation order was given to the village of Skepasti, in order not to endanger human lives.

Earlier in the day, the monastery of Saint David in Drymonas was surrounded by flames and was in immediate danger.

Authorities removed the 12 monks, one of whom is a bedridden man who lives in the monastery and is in good health.

In fact, according to the mayor Mantoudiou who spoke to SKAI, the monastery has not been damaged either internally or externally.

"Danger bell", due to the increasing trend of cases in Northern Greece, the Deputy Minister of Health Mina Gaga rang, speaking to the established information. For a "pandemic of the unvaccinated" ...
Read more
GREECE

Lefteris Lyratzis officially renewed the cooperation contract with PAOK until the summer of 2025. With PAOK he counts only 17 participations in ...
Read more