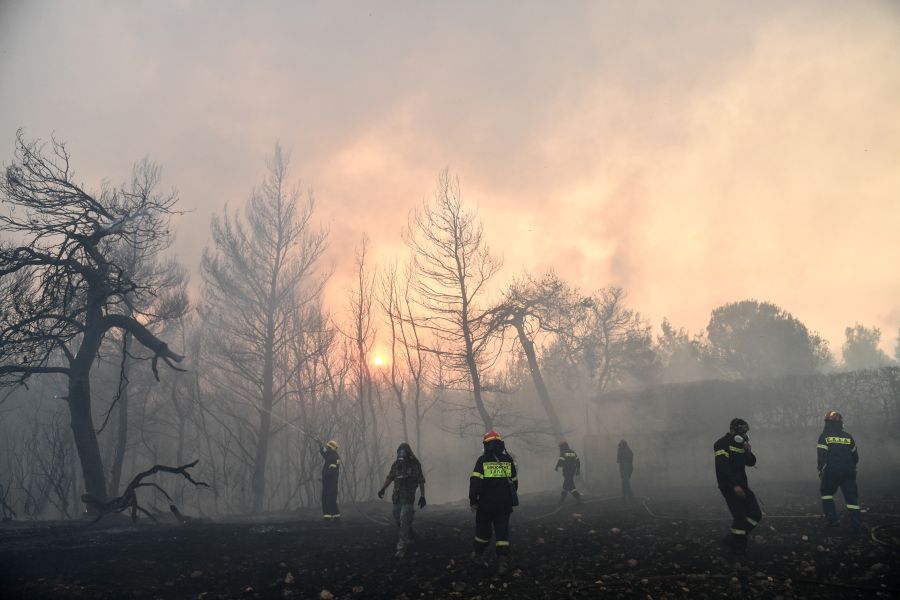 The areas of Kryoneri, Kokkinovrachos and Afidnes are also being evacuated due to the huge dimensions of the fire in northern Attica.

The Civil Protection sent a message from 112 to the above areas calling on the residents to move away to the national road Athens - Lamia.

While a new message from 112 invites the inhabitants of the Hippocratic State to evacuate to Oropos.

A while ago, the flames crossed the National Road and the front is now heading towards Agios Stefanos and Kapandriti.

The fire front has become very large and the flames have already reached Kryoneri and Drosopigi, while from the north they are directed towards Katsimidi and Kokkinovrachos. All the residents from the specific areas were evacuated with the help of the police, while after sunset they no longer operate by air. 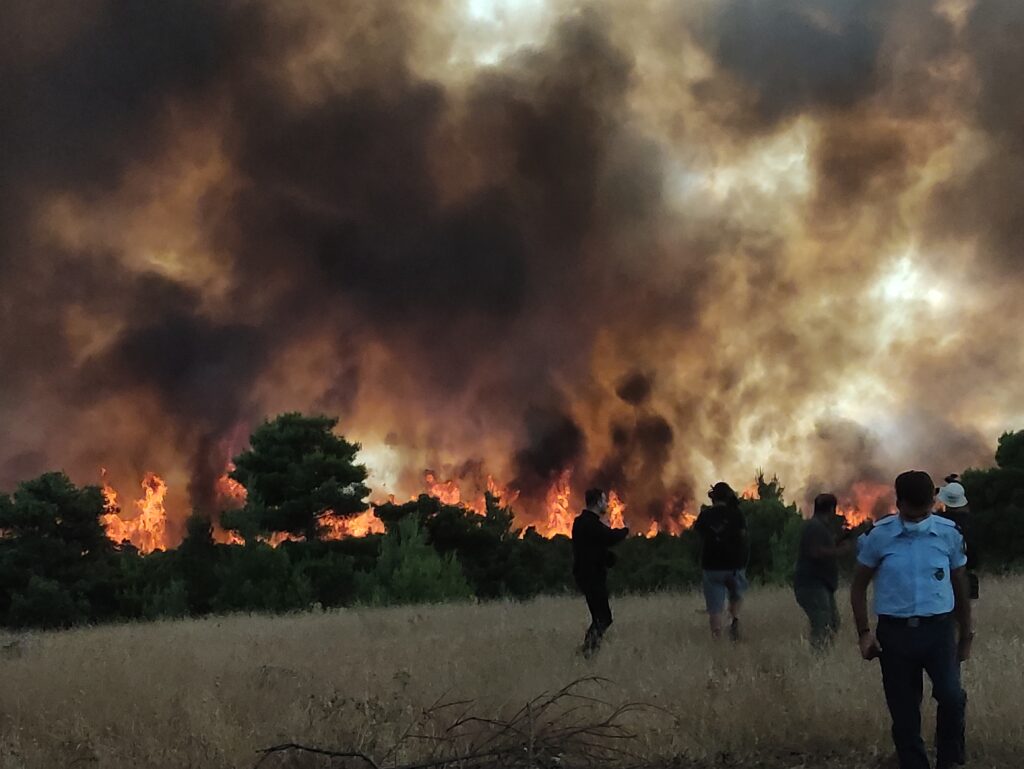 The fire brigade together with the assistance of the volunteers and the Municipalities are giving a constant battle with the flames while from 9 in the evening they stopped operating the aerial means. At the same time, the police have stopped the traffic on all the roads leading to the area.

🆘 If you are in the areas # Kryoneri, # Κοκκινόβραχος and #Afidnes evacuate now to E.O. # Αθηνών_Λαμίας

Preventive removal of vulnerable people from the hospitality structure of Malakasa

The Ministry of Immigration and Asylum is proceeding with the preventive removal of vulnerable population groups from the Malakasa hospitality structure, according to instructions from the Civil Protection Coordination Center.

According to a relevant announcement of the ministry, the vulnerable will be transferred to other accommodation structures.

A firefighter, who was injured while trying to put out the fire in Kryoneri, was taken to the 251 General Aviation Hospital (GNA)

5 citizens with burns are transported to KAT by EKAB ambulances.
These are citizens who were on fire in Kryoneri, Attica and have burns on their bodies.

Due to the increased calls to EKAB for cases with respiratory problems, the Minister of Health Vassilis Kikilias gave an order for activation - emergency duty of the General Hospital "Sismanogleio".

For the cases of burns, an order was given to activate - emergency patrol of the Clinical Plastic Surgery - Burns of the General Hospital KAT

In the areas of the fire are 2 EKAB emergency response machines, 1 Mobile Medical Unit and 7 ambulances. 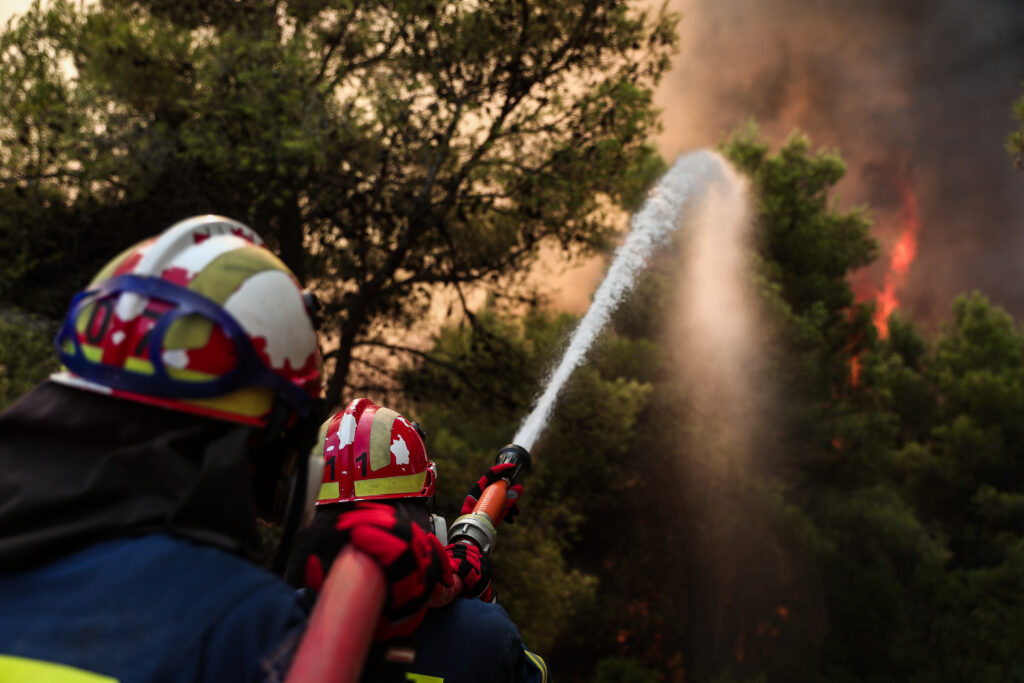 Nea Odos informed, with its announcement, that due to a fire in the wider area of ​​Varybombi and following a traffic order, a total cessation of traffic is taking place in the section of the ATE highway from the Kalyftakis Junction Junction to the Oinos Junction Junction.

At the side toll station of Inofyta, as he notes, a suspension of toll collection has been implemented.

Nea Odos assures that it has taken all the necessary measures and asks drivers to comply with the relevant signs and traffic instructions.

Suspension of tolls on Attiki Odos, to facilitate those traveling to and from the fire-affected areas of Attica.

Traffic is stopped at the railway section Oinoi - Athens following an order from the competent authorities, as announced by TRAINOSE SA.

According to the company, the passengers of trains 57, 1559 and 885 will be transported to Athens by buses if the road conditions allow it. The company will return with a newer announcement.

The Municipality of Oropos announces that reception spaces are being opened for the citizens who have left their homes.

Please go directly to one of the following Centers:

Meanwhile, the causes of the catastrophic fire in Varybobi will be investigated in the context of the preliminary examination ordered by the Athens Prosecutor's Office.

The non-governmental organization Amnesty International today accused the pharmaceutical companies that produce vaccines for COVID-19 of aggravating a "crisis without ...
Read more
COVID-19

The Taliban have called on world leaders to address the UN General Assembly this week and have appointed a new ambassador to Afghanistan.
Read more