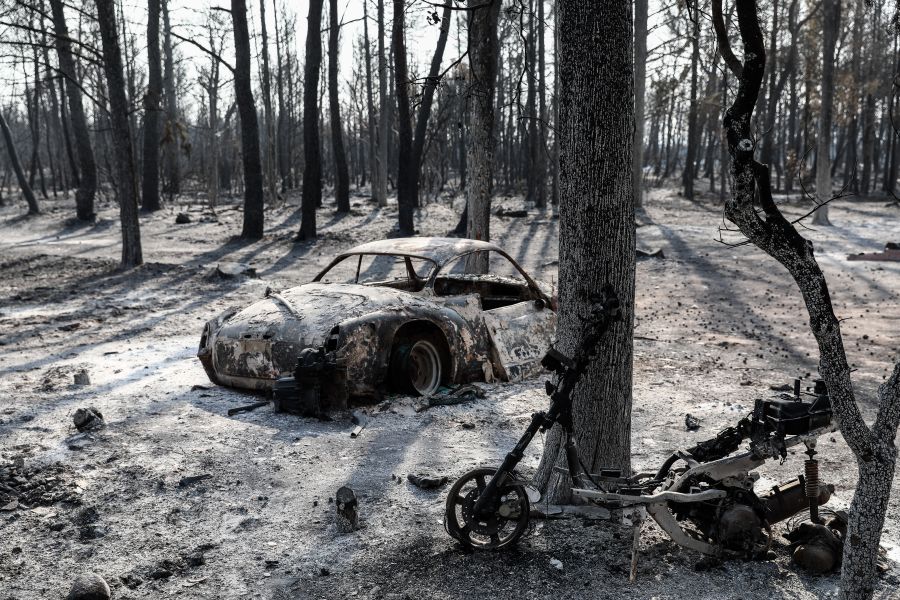 Gray and black. These are the colors that prevail in the once green area of ​​Varybobi. Ashes, apocalypses, burned trees and burned houses compose the scene of the desert area that was hit yesterday by a nightmarish fire. The atmosphere is suffocating, smoke has covered the area and the only sound heard is from the air trying to extinguish the scattered small fires. 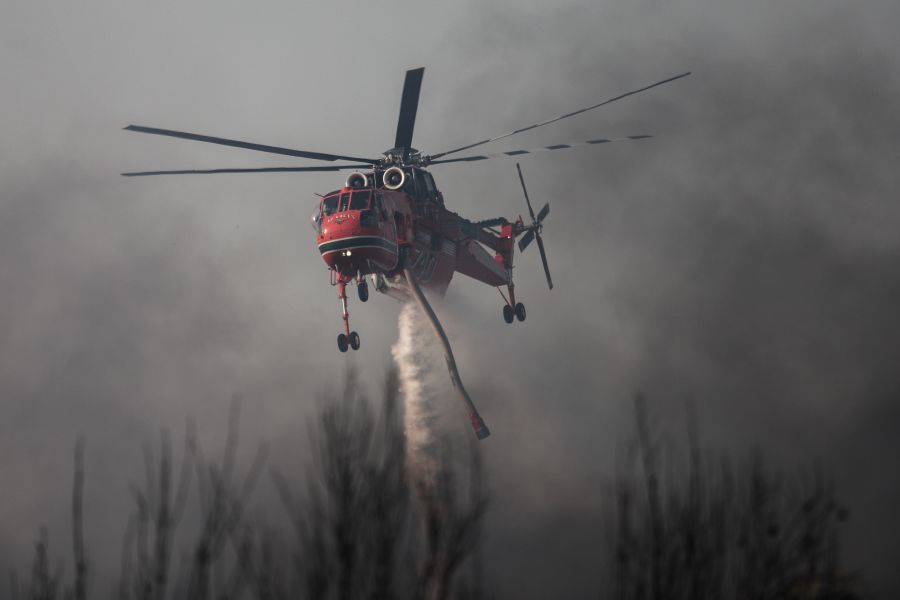 They are refuted again by IPTO the information according to which the fire in the northern suburbs of Athens started yesterday from an explosion in a high voltage transformer.

In the meantime, in Varybobi and Evia Consumer power supply problems are currently being identified due to damage to the distribution network caused by the fires. 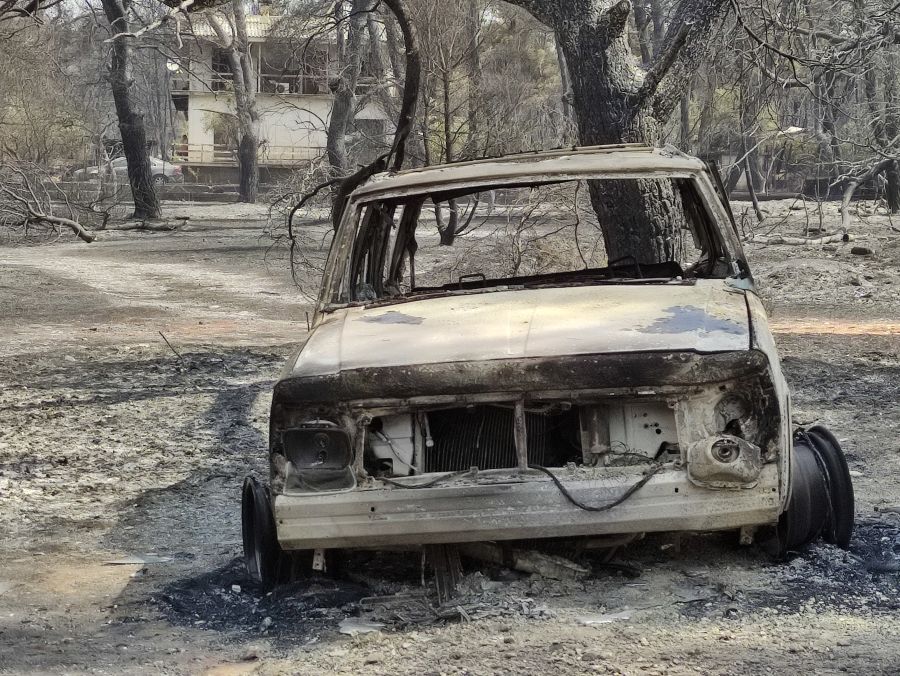 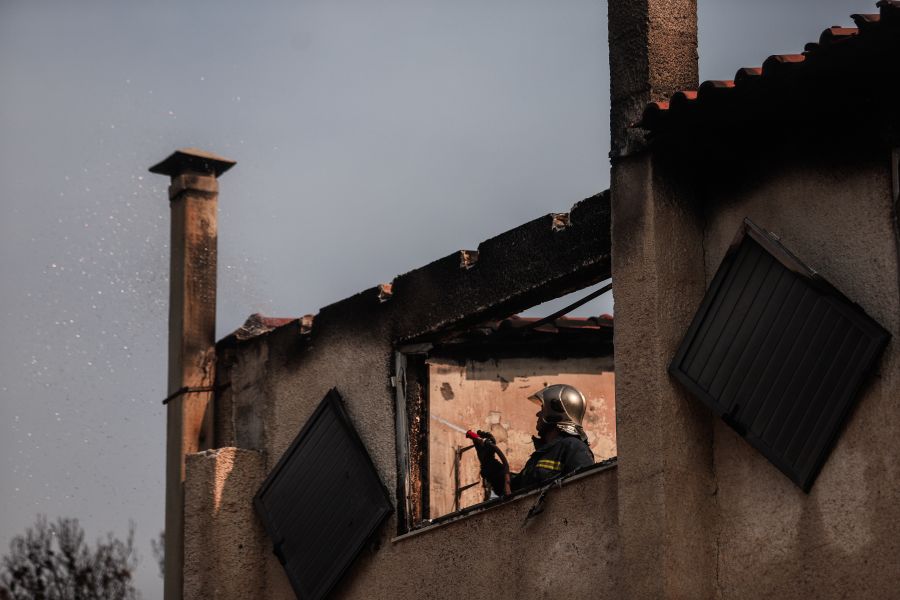 On Iteas and Chalkidos streets, Elisavet Mouratidou and her family returned home. Jaco, their dog, was waiting for them there. The estate and house behind theirs were completely destroyed but theirs was saved. 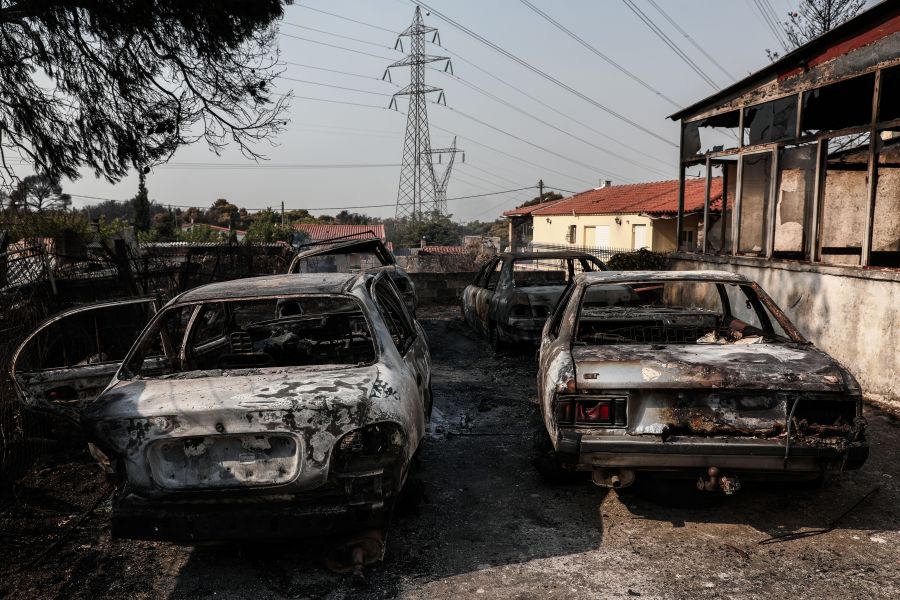 "We had just watered and sat down to eat and suddenly we heard two loud explosions, we went out and saw the whole back side burning and at the last minute they were shouting at us, leave now. We did not manage to get anything. "We ran away, we tried to put the dog in the car, to release the animals from behind, which, as we saw, are mostly alive and were waiting for us in the morning", he points out to APE-MPE. She and her family were in a panic and did not know what to do. "On the one hand you do not want to leave your house, on the other hand they are shouting at you to run to be saved," he explains. Along the street on Erythrea Street, the smoke has covered everything and Mr. Spyros returned to his home, finding the turtle that visited him every year burned. However, the outside of their house was also burned

"There is external damage to the house, at 150 meters when I saw the fire I took the car and left," he tells APE-MPE.

On Pefkon Street, the director of the Montessori schools, Thanasis Zahopoulos, observes the damage that the school has suffered. "Varybobi has been hit very hard, the Montessori schools do not have a problem only in the yard, there have been problems that we will face. Fortunately, the buildings have no problem. The fire passed and the dry grass burned. I think Varybobi will be back. God and Saint Nektarios helped us. The camp had no problem either. It was evacuated immediately. I have to say that both the mayor and the deputy mayor were constantly here ", he points out, speaking to APE-MPE.

On Agias Triados Street there are many burned cars and tree branches, while on Agiou Antoniou Street a couple cleans the yard of their house that has been damaged. 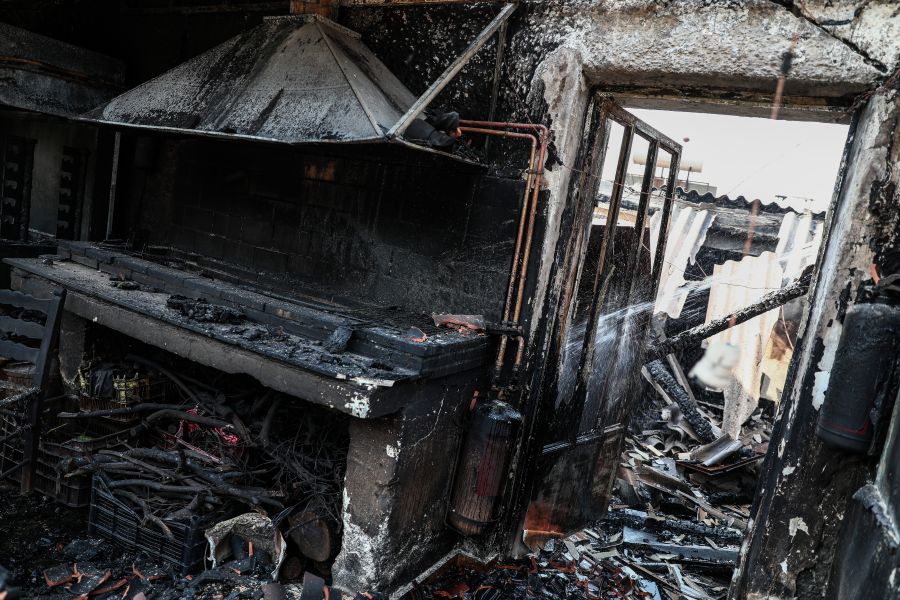 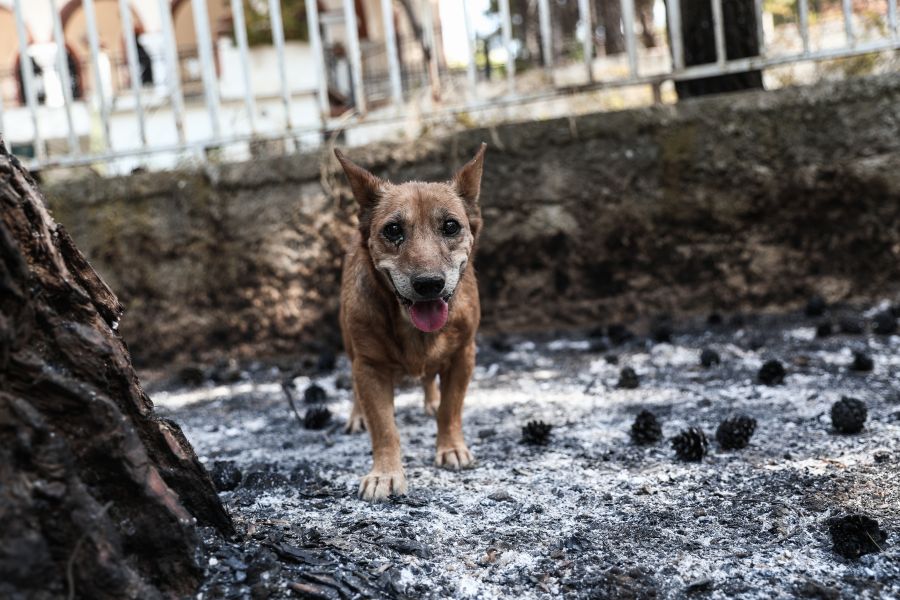 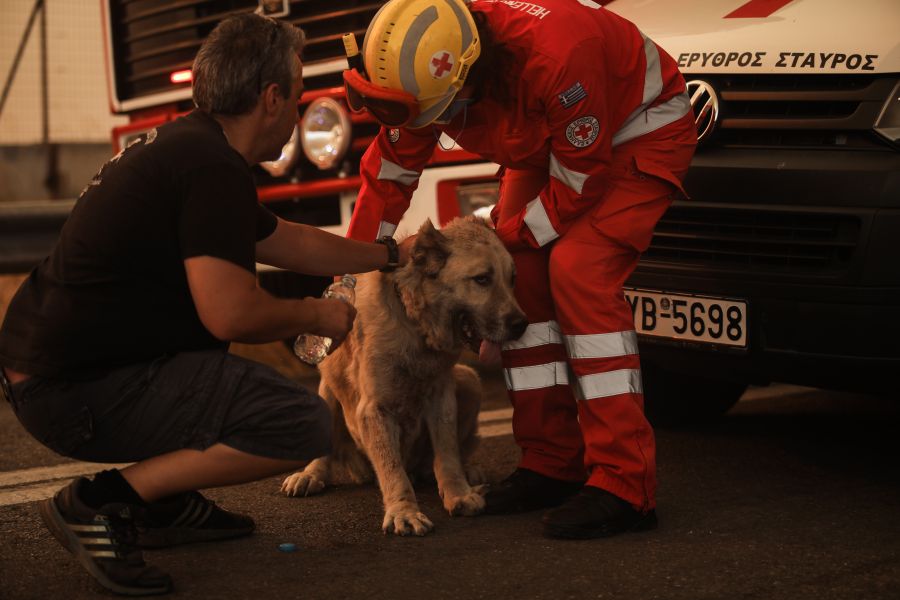 "We have been here for half an hour, we have come to Varybombis square to look for injured or burned animals. We have already located two, we have collected them, one has already been served to a veterinarian, the other will be served as soon as possible. The situation is tragic, we are doing what we can. We have already found a baby kitten with burns and they gave us information earlier about an adult who was in an even worse condition and we picked it up. Yesterday access was more difficult. "We managed to get kittens out of houses that were being evacuated and their owners could not catch them because they were terrified and were hiding," he points out to APE-MPE.

The posting of the 6,5 million liquidations of this year's Unified Real Estate Tax (ENFIA) begins today, through which it is estimated that 2,6 billion will be collected ....
Read more
984

The weather changes with rain and drop in temperature

Autumn weather forecast today Wednesday with clouds, local rains and sporadic thunderstorms. The temperature will drop significantly in the central and ...
Read more