ELAS: More than 300 people released in Varybobi - 12 in Evia 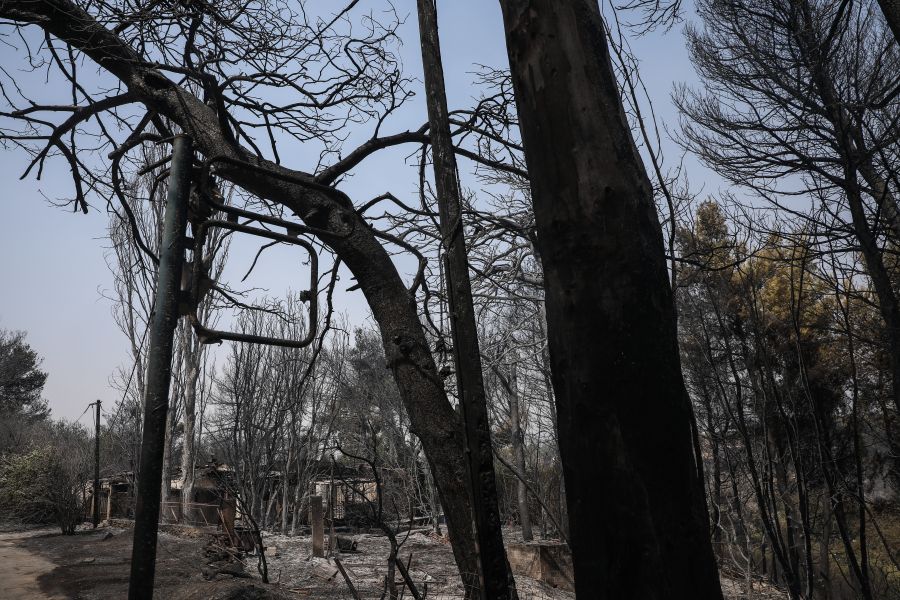 In 303 rescues of people who were trapped in various parts of the wider area of ​​Varybombi, by the big fire, we assisted the Police, which participated actively and with an important role, both manpower and means, in the general operational planning of the Civil Protection for the fires in Attica, Evia, Messinia and Laconia, from yesterday until today.

As announced by the headquarters of ELAS, substantial assistance was provided to the fire brigade, which acted to extinguish the fires, through the implementation of emergency traffic regulations with -as appropriate- prohibitions, interruptions and diversions of traffic, preventive evacuation and evacuation of evacuated areas. animals, as well as ensuring the physical integrity and property of the inhabitants of the affected areas.

In more detail, until today, the following were available:

• In Attica, 842 police officers and 335 vehicles responded to 259 calls from the Emergency Response Center and assisted in the preventive evacuation of settlements and the release of 303 people.

• In Evia, 44 police officers and 20 vehicles, which assisted in the preventive evacuation of 11 settlements and the transportation of 12 people (elderly and pregnant).

• In Messinia, 22 police officers and 8 vehicles, which assisted in the preventive evacuation of 2 settlements.

• In Laconia, 15 police officers and 6 vehicles that assisted in the preventive evacuation of 4 settlements.

According to the headquarters, the Greek Police continues to be on constant alert and vigilant to provide assistance and support to the work of the fire brigade.

Health alarm for northern Greece, while Thessaloniki seems to be on a mini lockdown, with the data reaching the epidemiologists for ...
Read more
984

The three big "thorns" in the insurance

The Commission identifies three major insurance "thorns" with effects on the state budget in its report on the course of the Greek economy and the Office ...
Read more
WORLD

The Brazilian Ministry of Health announced yesterday Wednesday that in the previous 24 hours 876 patients with COVID-19 succumbed and 36.473 cases of ...
Read more
WORLD

The importance of stability in the Eastern Mediterranean was underlined during the White House's national security adviser ...
Read more
WORLD

Issues of common interest, but also the developments in Greek football were raised during the meeting of the Prime Minister, Kyriakos Mitsotakis with the President of ...
Read more
984

The US Federal Drug Administration (FDA) announced yesterday Wednesday that it has approved the administration of a third dose of the Pfizer vaccine for COVID-19 to humans ...
Read more

The Hellenic Mountaineering Association of Acharnes (EOS) was founded in 1976, by nature lovers of the city of Acharnes due to the proximity of the place to Parnitha. THE...
Read more
IT HAPPENS IN ATHENS

Municipality of Athens - 11.000 wells have already been cleaned - Flood protection works in Lycabettus

In view of a difficult winter, which will follow the catastrophic fires in Attica, the Municipality of Athens operates rapidly on two levels, shielding the city with flood defenses. The services of the Municipality ...
Read more
IT HAPPENS IN ATHENS

Delays in the rise of Kifissos

Significant delays are currently observed in the ascent of Kifissos from Petros Ralli to Acharnon due to a stationary truck. Dimitris Perros
Read more