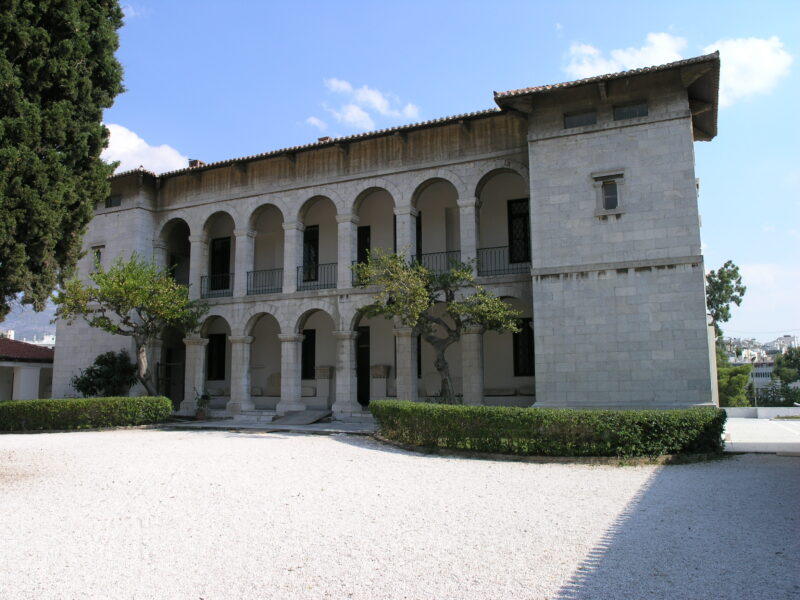 His summer cinematic journey completes 11th Athens Open Air Film Festival hosting in a special screening the most awaited Greek film of this season: "Man of God» ("Man of God") of Jelena Popovic, presence of rates.

We are pleased to announce that the 11th Athens Open Air Film Festival will be hosted by Tuesday, 24 August 2021At Byzantine and Christian Museum, the premiere of the film "Man of God", By the Serbian director, Jelena Popovic, to music by the legendary composer Zbigniew Preisner (has invested in music films by Christoph Kislowski, Louis Mal, Terence Malik) and with a select Greek and international cast that includes actors such as:

The popularity of Saint Nektarios, then Metropolitan of Pentapolis, provokes the jealousy of some clergy in Alexandria. Fearing that he would become the next Patriarch of Alexandria, part of the clergy discredited him and as a result he was expelled from Egypt. In Athens now, thanks to his sophisticated pedagogical tactics, he becomes famous and cosmopolitan, and at the same time indulges in a great literary work.

The workload, however, overwhelms him and he decides to retire to Aegina, where he rebuilds a ruined monastery with his own hands, which, thanks to his fame, grows. The monastery, however, is never recognized, while Saint Nektarios is unjustly accused of immorality. At Aretaio hospital, shortly after his death, he will perform his last miracle.

"The struggle is a matter for all of us"

According to the creator, Jelena Popovic, through all these episodes that take place in the life of Saint Nektarios, the messages of the film are global and strong as, as she emphasizes, through the story it appears that "the struggle is a matter for all of us. The greatest victory is the one we achieve within ourselves. Its history is global.

That inspired me. Regardless of people's beliefs, religious orientation, the world will identify with it and I believe that everyone will win by watching its history. It will inspire people. That is why I think that the film is not only for Greece. His story must be told everywhere and it will have an impact».

The leading actor, Aris Servetalis, points out that the life of Saint Nektarios full of trials reminds us of the value of morality, humility and devotion. «The message is multiple. At the individual level, we must fall and rise, continue the daily struggle with faith to reveal who we really are. It's difficult but it's the only way». The movie "The Man of God" ("Man of God") will be released in cinemas on August 26, 2021 by Feelgood Entertainment.

* After the end of the screening, there will be a Q&A with the director of the film, Jelena Popovic and the composer, Zbigniew Preisner.

* IMPORTANT INSTRUCTIONS for the audience to attend the screening *

In order to ensure the protection of public health and the smooth flow of our viewers in the promotion, we inform you that:

• The entrance to the projection area will take place only with NOMINATE ENTRY CARD, which viewers will be able to obtain free with online booking, which will open on Friday, August 20 at 12 noon at aoaff.gr.

• Every spectator will be entitled to ONLY ONE TICKET, so please make sure you come in time with your escorts in case you want to sit close by.

• The necessary distances between the spectators will be strictly observed