Foreign Minister: Turkish allegations regarding alleged incident in Evros are rejected in their entirety 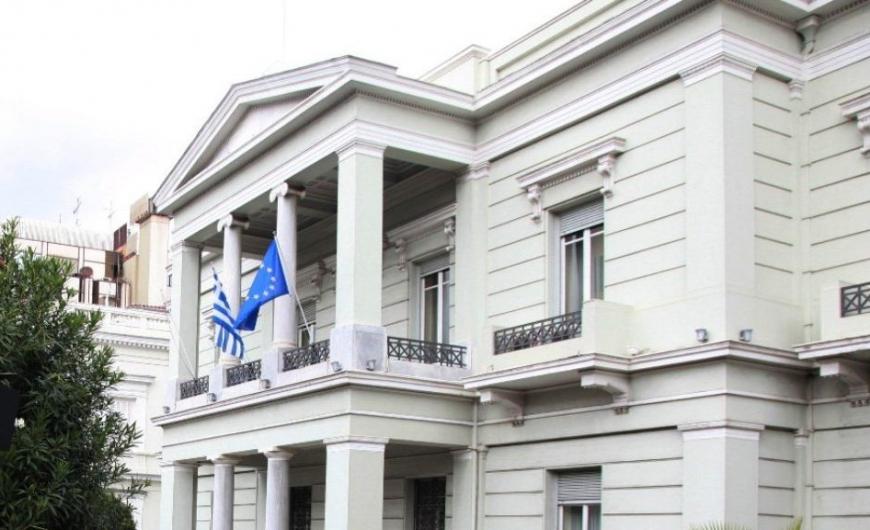 The Ministry of Foreign Affairs officially rejected the allegations of Turkey about the death of a 43-year-old Turk in Evros from a fire that came from the Greek side.

"The Ankara Commissioner, following relevant instructions, responding to a relevant emergency move to which she was summoned earlier today to the Turkish Foreign Ministry, rejected in its entirety the Turkish allegations regarding an alleged incident in Evros," the Foreign Ministry said in a statement.

It is also noted that the Ministry of Foreign Affairs pointed out to the Turkish side the obligation of the latter to guard its borders and not to allow the activity of traffickers and illegal immigration.

ELAS: There was no involvement of Greek forces in the alleged incident in Evros

It is recalled that the Turkish media reported on the death of a Turk from a fire coming from the Greek side, on the border of Evros yesterday, near the village of Antasarchanli in Edirne, with Ankara, in fact, adopting them, proceeding to the Greek Turkish capital.

With the testimony of witnesses, the investigation began in the Supreme Court for the case with the former Minister of State Nikos Pappas as the central figure and with a background ...
Read more
PRESS RELEASES

Gadjo Dilo: Date with the Athenian public on October 8 and 27 at Gazarte

Gadjo Dilo is a group of musicians who "marries" the gypsy jazz and swing music tradition, with the sounds and colors of the old Greek ...
Read more
GREECE

Efood converts all its distributors' contracts to indefinite

Efood announced today its decision to convert all the contracts of its distributors into indefinite ones, while acknowledging their previous service. Specifically in ...
Read more
COVID-19

The Delta mutation is still predominant

The National Network of Genomic Surveillance of the SARS-CoV-2 virus, which operates under the coordination of EODY, completed the genomic analysis in 838 samples that ...
Read more
COVID-19

EODY announced another 2.125 cases of coronary artery. Within a day, 31 patients lost their lives, while 331 give their own ...
Read more