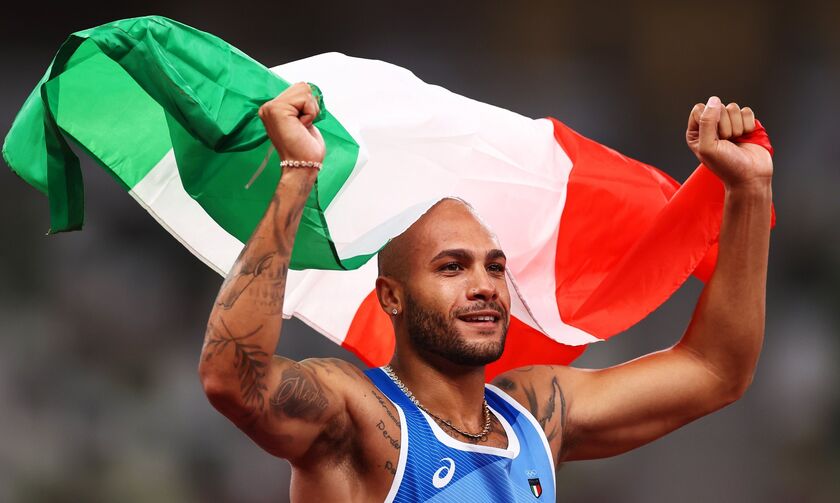 The track is a trademark every time the Olympic Games are held. This has been proven today and specifically in three different categories.

In the height final, Moutaz Bashir and Gianmarco Tamberi decided to share the gold medal. The Qatari Olympian entered the field determined for the gold medal and overcame all the heights from 2.24 meters up to 2.37, with the first attempt.

In a similar situation, the Italian, Gianmarco Tamberi, appeared, who had all the jumps successfully up to 2.37m, as well as Barsim, as a result of which they won a gold medal.

In the final of the 100 meters Marcel Lamont Jacobs with a time of 9.80 won the first place. The Texas-born sprinter ran with the Italian colors and thus became the first to represent a country in Europe, after the legendary Lindford Christie (Great Britain) who takes the gold in the net.

Yulimar Rojas set a world record with a jump of 15.67 meters in his final triple at the Tokyo Olympics, winning the gold medal.

Rochas magic, won the triple with a new world record

The impressive altruist from Venezuela had shown her intentions in the race when in her first jump she scored 15.41 meters, breaking the Olympic record! She was in first place and did not lose it and so we entered the last attempt, where having secured the gold, with 15.67 he swept everything after taking the gold medal and set a new world record (15.50 the previous one by Inessa Kravets who had scored in 1995 at the Gothenburg World Cup).

Two fiery fronts in progress in Nea Makri, Attica. One outbreak occurred near the holy monastery of St. Ephraim while the second ...
Read more
SPORT CITY

The 5 largest sports clubs in the country with a joint letter to Avgenakis request an advance payment for the money from the bet. According to the specific letter ...
Read more
IT HAPPENS IN ATHENS

The Fire Brigade has been sounding the alarm for a while now in a fire in Nea Makri. In the area of ​​Nea Makri, the fire brigade operates in many different ...
Read more
WORLD

European Council President Charles Michel today denounced the "lack of confidence" and "opacity" on the part of the United States in the submarine crisis ...
Read more
News Bulletin Athens 9.84

The US President will try to set the tone with France tomorrow before the UN General Assembly. According to a high-ranking official ...
Read more

The Fire Brigade has been sounding the alarm for a while now in a fire in Nea Makri. In the area of ​​Nea Makri, the fire brigade operates in many different ...
Read more
CIVILIZATION