Myanmar: The leader of the coup promises elections 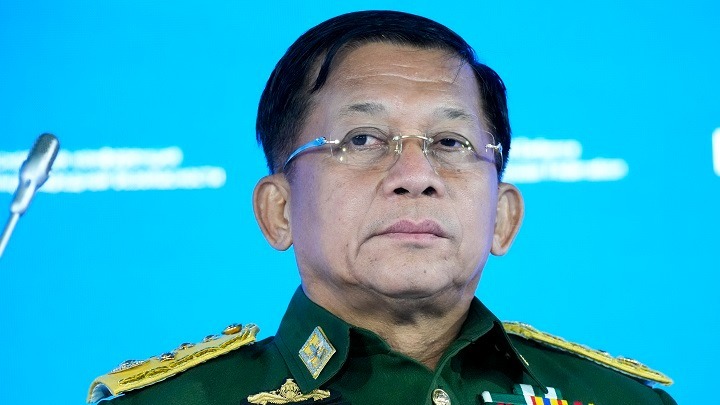 The head of the military regime in Myanmar, Min Aung Hlaing, promised new multi-party elections again today, while assuring that his government is ready to cooperate with the special envoy to be appointed by the Association of Southeast Asian Nations (ASEAN).

Hlaing made the televised speech six months after the military seized power, overthrowing the democratically elected government following an election in which the military claimed it had been rigged. Aung San Suu Kyi's ruling party won by a wide margin.

"Myanmar is ready to work with ASEAN, within the framework of ASEAN, including the dialogue with the ASEAN Special Envoy to Myanmar," said Min Aung Hlaing.

The ASEAN foreign ministers are meeting tomorrow, Monday, with the aim, according to diplomats, of appointing a special envoy to be called in to help end the violence and promote dialogue between the military junta and its opponents.

Min Aung Hlaing also reiterated his commitment to restoring democracy. "I guarantee the establishment of a union based on democracy and federalism," he said.

Since the February 1st coup, regime officials have faced protests, strikes that have paralyzed the public and private sectors, and a resurgence of armed conflict in the country's border areas.

"Right now, the whole country is stable, with the exception of some terrorist attacks," Hlaing said in a statement.

The Association for the Aid of Political Prisoners (AAPP) blames the armed forces for the deaths of 939 people and says at least 6.990 people have been arrested since the coup. Authorities say the number of protesters killed is much smaller and that members of the armed forces have also lost their lives in the clashes.

Terrified by the junta's crackdown and the rise of the coronavirus, only a handful of Burmese dared to take to the streets today to mark six months since the coup plunged the country into chaos.

On social media, young dissidents posted messages against the regime. "I promise to fight against this dictatorship as long as I live," "We will not kneel under the boot of the army," were some of them. Some small demonstrations took place, such as in Kaley (west) where residents marched with slogans in favor of political prisoners.

Nevertheless, the majority of the residents remained at home, terrified by the violence of the security forces and the epidemic outbreak. The United Kingdom, the former colonial power, has warned the United Nations that half of the country's population, about 27 million people, could be infected with Covid-19 within the next two weeks, calling the situation "desperate" and appealing to the Security Council to take the necessary steps to allow the delivery of vaccines.

The UN estimates that only 40% of the country's health facilities are still in operation, with much of the medical and nursing staff on strike in protest of the military junta.

Two fiery fronts in progress in Nea Makri, Attica. One outbreak occurred near the holy monastery of St. Ephraim while the second ...
Read more