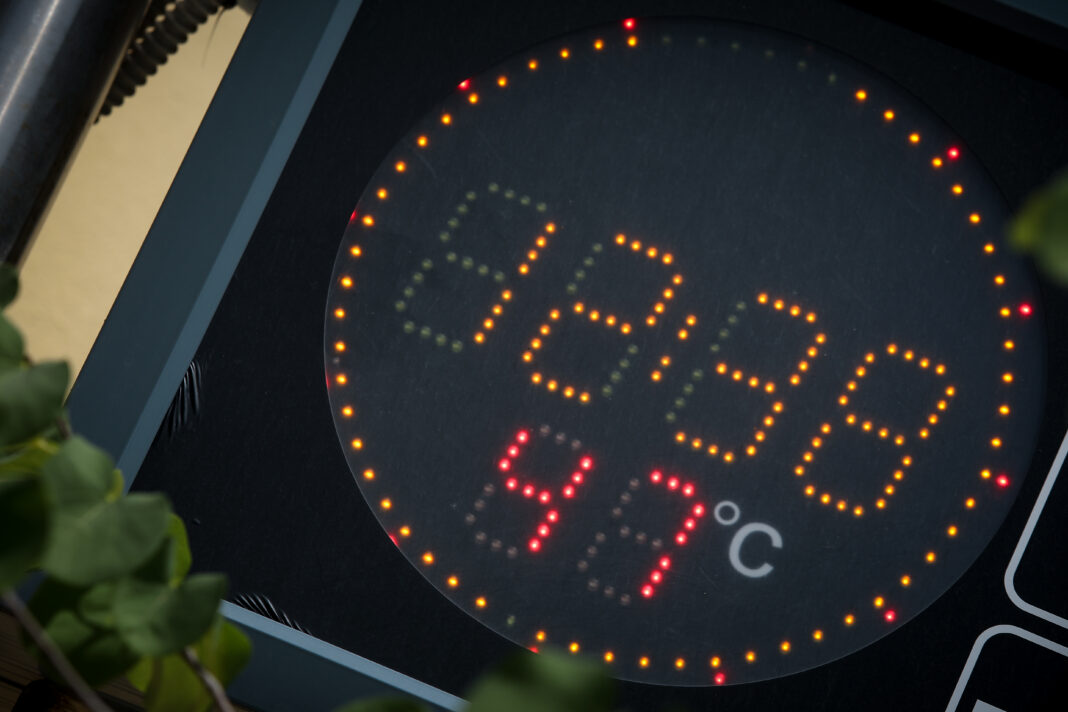 Heat conditions will prevail today throughout the country, with maximum temperatures of 42-44 degrees Celsius, high temperatures during the night and a strong feeling of discomfort in urban centers, while the winds will sail northwest with intensities up to 5 Beaufort in the seas. , according to the meteo of the National Observatory of Athens.

However, from Monday, the supply of hot gas masses from Africa is expected to intensify. Thus, the temperature will show a further noticeable rise and until Thursday, extreme heat conditions will prevail, which will be very unfavorable for the population, so special care is recommended.

Maximum temperatures are expected to be in the range of 43-45 degrees on average, while at the local level, due to the country's terrain and changes in wind direction, they may reach 46-47 degrees Celsius.

K. Synolakis: The heatwave we are living in now may be normal at the end of the century

More specifically, the temperature will range, in Northern Greece from 16 to 40-42 degrees, in Epirus and Thessaly from 17 to 42-44, in the rest of the mainland from 22 to 42-44 degrees, in the Ionian Islands from 21 to 41 , in the island parts of the Aegean from 22 to 39 degrees, while in Crete, the Dodecanese and the Eastern Aegean the maximums will reach 42-43 degrees Celsius locally.

The winds will be generally weak and in the seas from northwest directions with intensities of 4-5 Beaufort.

Heat conditions are expected in Attica. The winds will blow weak and the temperature will range from 31 to 41-42 degrees.

Same situation in Thessaloniki, with south winds of 3-4 Beaufort and the temperature in the city of Thessaloniki ranging from 28 to 39 degrees.

It is noted yesterday, Saturday, July 31, according to the network of automatic meteorological stations of the National Observatory of Athens / meteo.gr, the mercury reached or exceeded 40 degrees Celsius, at 87 stations while the absolute maximum temperature was 44,6 degrees Celsius.

Clear and very hot weather is forecast for tomorrow, Monday, throughout the country. A few local clouds will develop in the mountains of the mainland in the afternoon.

The winds will blow north northwest 3 to 5 and in the southeast Aegean locally 6 Beaufort. The temperature will remain very high throughout the country (heat levels) and will also increase slightly, mainly in the east. The maximum values ​​on the mainland will reach 41 to 43, in places in Sterea, the eastern Peloponnese and Thessaly 44 to 45 while in the island and coastal areas 41 to 42 degrees Celsius. At the same time, the minimum temperatures will be in most areas above 28 to 29 degrees Celsius, intensifying the feeling of discomfort.

LOATKI + organizations are holding a gathering, outside the jewelry store on Gladstonos Street, at the place, that is, of the murder of Zak Costopoulos. Victor Antonopoulos
Read more