Skreka appeal due to heat: Limit unnecessary power consumption in the next 24 hours 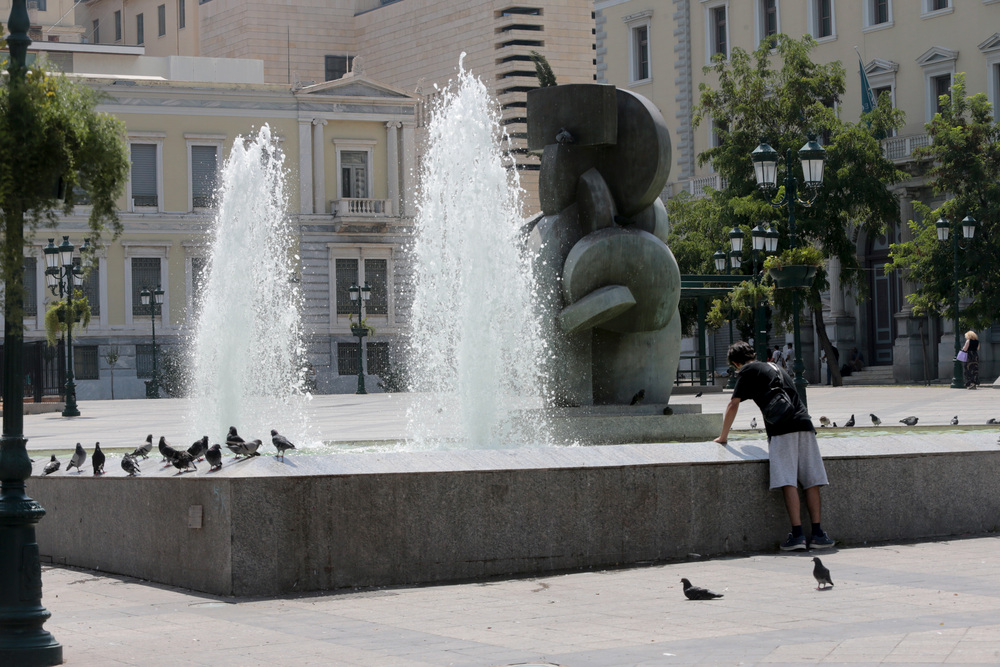 Tomorrow is considered crucial for the power supply system, as the prolonged heatwave and increased demand test the electricity generation, transmission and distribution system.

The Minister of Environment and Energy, Costas Skrekas, convened an extraordinary meeting this morning of the Crisis Management Group for the adequacy of the electricity system, during which the Minister appealed to the citizens to reduce the unnecessary consumption of electricity in the next 24 hours. system strengths will be tested by extremely high temperatures.

According to the data presented at the meeting, during peak hours today (around 21:00) the total load of the system will reach 9.600 MW, significantly higher than the average of the maximum electricity demand in the first half of 2021 which rose at 8.115 MW.

The meeting was attended by the President of the Energy Regulatory Authority (RAE), Athanasios Dagoumas, the head of the Crisis Management Team and member of the Plenary Session of RAE, Dimitris Fourlaris and executives of IPTO, DESFA, HEDNO and relevant information of the General Secretariat for Civil Protection.

The representatives of the Administrators presented the measures they have taken in view of the next days and especially on Monday. Specifically:

IPTO informed about the load estimates of the electrical system, the availability of units, interfaces and the condition of the equipment.

• Gas units are all available.

• Lignite plants are available with the exception of Megalopolis III and Agios Dimitrios V.

• As of Saturday, July 31, the units Meliti, Megalopolis IV and Agios Dimitrios I-II-III-IV have joined.

• Agios Dimitrios V is not available due to the construction of a new desulphurisation unit and the works are expected to be completed in October, while for Megalopolis III every effort will be made to make it available on Monday.

• The role of interfaces is important for contributing to adequacy.

• The interfaces are available, with the exception of the Italian interface which will be out of order for troubleshooting until 13 August.

• In the coming days the wind potential seems to be moving at low levels and supply is expected only from photovoltaics in the morning and noon.

• The damage to the Koumoundourou KYT has been fully repaired and the substation has been strengthened.

• The system is in an Emergency, as in prolonged heat conditions the issue of equipment durability is raised and the chances of fire increase.

• IPTO is in constant contact with the Fire Department and the Operations Center for timely notification, coordination and response in case of fire near system components.

• Measures recommended to be taken by IPTO are:

o Operation of the interrupt mechanism and

o Attempt to find emergency energy by neighbors and non-managers.

HEDNO executives informed about the actions taken by the Administrator regarding the risk of prolonged high temperatures. The damages that occurred in the cables mainly of Attica are due to the increased soil temperature, which together with their charging led their operation to their thermal limits. HEDNO has set 24-hour watch shifts with the company's staff and contractors, so that any damage can be repaired as soon as possible.

Regarding the natural gas system, the DESFA executives informed that the situation in terms of gas availability does not seem to cause any concern, since the tanks of Revythousa are at the highest levels of fullness and there is a load scheduled for August 4.

In addition to the high availability of gas at the Revythousa LNG Facility, for the next period there are no scheduled maintenance works on the National Natural Gas System (NSF) and the Upstream Connected Gas Transmission Systems, which would limit the capacity of the NPCs. Triada, Nea Mesimvria, Sidirokastro and Kipoi).

Turkish prosecutors have ordered the arrest of 158 suspects, including 33 active-duty soldiers, in an operation targeting people allegedly linked to a ...
Read more

A seismic tremor was felt in Cairo and other cities of Egypt at 08:35 Greek time today, according to Reuters journalists and posts in ...
Read more
News Bulletin Athens 9.84

A new strong earthquake of 6,1 degrees on the Richter scale occurred at 08:32 in the morning at a distance of 156 kilometers southeast of Karpathos. According to...
Read more
PRESS RELEASES

G. Romaneas: In the phase of auction and execution, the works in Kolonos

19-10-2021 "We are in the phase of auction and execution of works in Kolonos" stressed in Athens 9.84 the president of the 4th Municipal Community of Athens, George Romaneas, in ...
Read more
CIVILIZATION

At 6,1:08, a strong earthquake measuring 32 on the Richter scale shook the sea off the coast of Karpathos. According to the Geodynamic Institute of the National Observatory ...
Read more