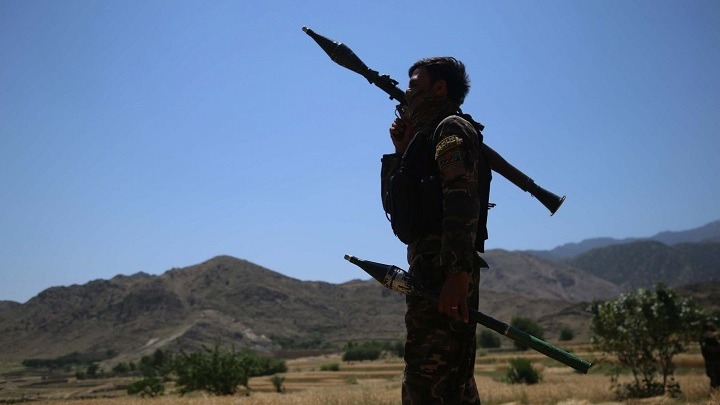 Three rockets hit the airport overnight in Kandahar, the capital of southern Afghanistan, on the outskirts of which fierce fighting has been raging between the Taliban and government forces for several weeks, officials told AFP.

"Two of the rockets caused damage to the runway" and "because of this, all flights to and from the airport were canceled," said Kandahar Airport chief Massoud Pastun, confirming information he had given earlier in the day. Civil Aviation Authority in Kabul.

For his part, Zabihullah Mujahid, a spokesman for the Islamist insurgents, said the airport had been hit to stop "enemy airstrikes", Reuters news agency reported.

The Taliban, which has been waging a large-scale offensive across the Asian country for three months, has been besieging Kandahar, the cradle of the Islamist movement. They have reached the borders of the second most populous Afghan city (650.000 inhabitants).

With the raids taking place in parallel with the final withdrawal of foreign troops from the country, which is now almost complete, the Taliban have occupied vast areas, mainly in the provinces.

The insurgents have been threatening several provincial capitals for several days now: in addition to Kandahar, they are besieging Herat, Afghanistan's third most populous metropolis in the west (600.000 inhabitants), and Laskar Gah, the capital of southern Helmand province. , adjacent to Kandahar Province.

The fall of Kandahar, the epicenter of the Taliban regime when they seized power in Afghanistan (1996-2001), imposing their own, fundamentalist version of Islamic law, would be a disaster for the Afghan authorities.

Afghan forces, which so far have shown only weak resistance to the Islamist insurgency, now control only major roads and provincial capitals.

The Governor of the Bank of Greece appears more optimistic than the Government about the course of the Greek economy. Giannis Stournaras in an interview that ...
Read more
984

Deadline, most likely the last one, until September 30 will have those who lost the old settings of 100 and 120 installments, to re-join ...
Read more
984

People over the age of 60, the elderly in care units and the health workers can now schedule their appointment for the 3rd ...
Read more
CIVILIZATION

Significant delays on Kifissos Avenue in both traffic streams due to traffic accidents that occurred earlier. The biggest problems are located in the current to Piraeus, from ...
Read more
984

According to the Fire Service, the fire in ...
Read more

Today's meeting of the Prime Minister Kyriakos Mitsotakis with the Mayor of Istanbul Ekrem Imamoglou is important, who accepted the invitation of the Mayor of Athens Costas ...
Read more
IT HAPPENS IN ATHENS

Significant delays at this time on Kifissos Avenue in both traffic streams due to traffic earlier in the morning. On the descent (current to Piraeus) from Varybobi ...
Read more
CIVILIZATION

With, at least, 95% of the teachers in the tuition centers being vaccinated and the observance of the health protocols, which are valid for this school year, ...
Read more