Qualified in the final from the first jump with 8.22m. Tentoglou 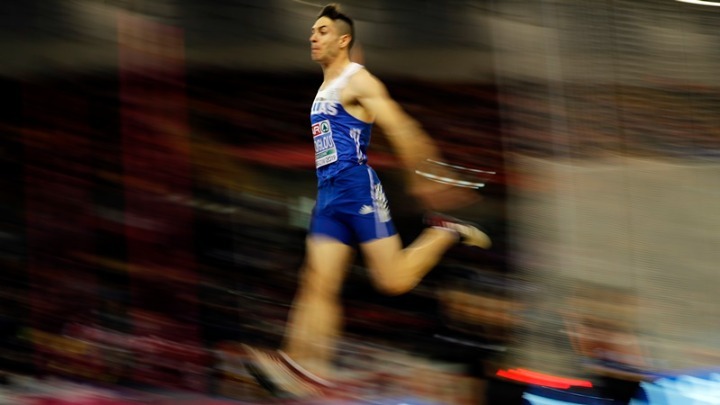 With a jump at 8.22m. from his very first attempt in the 02nd group of the qualifying series, Miltos Tentoglou qualified for the final of the men's length in the men's Olympic length tournament, which will take place in the early hours of Monday (08/04, 20:XNUMX) at the Olympic Stadium in Tokyo .

The Greek champion from Grevena - who has the best performance in the world this year with 8.60m - started his efforts tenth in the 8.22nd group of the qualifying series and jumped to 8.15m, passing the qualification limit of XNUMXm at once.

"In the qualifier I wanted to make a jump. It was quite good and it matters that I qualified for the final. There, it will be another fight and I will face it differently. My knee is fine. I can also do the 8.50m that Etseveria did. "My goal is a medal", said the Greek jumper on ERT's camera, shortly after his effort.

In Group B, in the ongoing qualifying race, the Cuban Juan Miguel Ecevaria leads with a jump of 8.50m, which is an individual record for this year.

Turkish President Recep Tayyip Erdogan said today that Turkey's ties with the United States are not healthy and that Washington ...
Read more
CIVILIZATION

In his new work, Wakatt, which draws inspiration from the African continent, but also has many more influences, the choreographer Serge Aime Koulibaly ...
Read more
GREECE

The Hellenic Red Cross, responding immediately to the request of ESAKE, will give a dynamic "present" to the two-day celebration of Greek Basketball (2nd HNC COIN ...
Read more