2020 Olympic Games: With Serbia or Montenegro the national polo 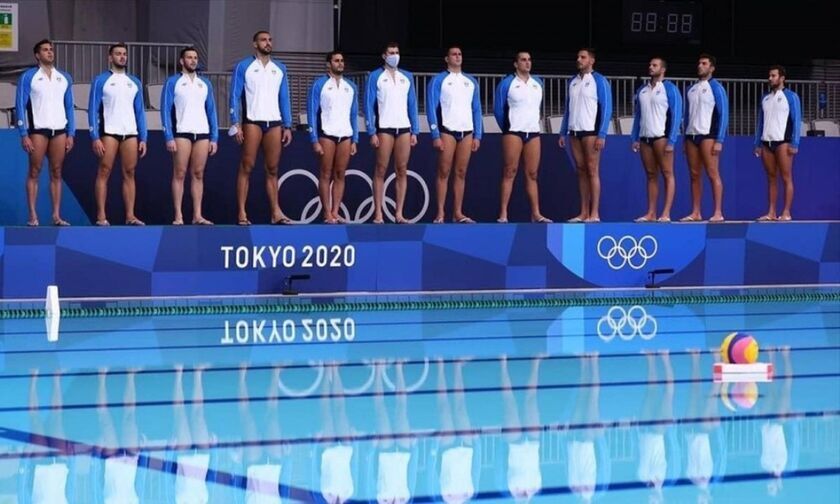 One match before the end of the group stage, the eight teams that will continue in the men's polo in the quarterfinals came out. All that remains is to see the crossroads, with the National Men's Polo Team on the way to the quartet competing with either the golden Olympian Serbia or Montenegro!

Following the completion of the 4th round, the eight teams that will participate in the knockout quarterfinals of the Olympic tournament have been finalized: Greece, Italy, Hungary, USA, Spain, Croatia, Serbia and Montenegro.

Greece is playing the USA in the last match and whatever happens will be first or second in Group A. We remind you that in the last match they play Italy-Hungary in the other big derby. Even if Greece loses to the USA and Hungary wins Italy, the "Hungarians" will be first and in the draw between Greece and Italy, the "blue and white" will be above the neighbors because in the premiere they beat Hungary! The USA and to win the National do not reach the ranking.

The essence is that the National Team of Greece will be first or second in Group A. Thus, it will face the third or fourth of the other group, which will be Serbia or Montenegro, which will face each other in the final of the group stage. In Group B, Croatia only wants a victory to steal the first place from Spain.

Essentially on Tuesday (2/8) we will have four… finals that will judge the cross matches. Greece - USA, Italy - Hungary in Group A and Spain - Croatia, Serbia - Montenegro in Group B.

Just note that Serbia - Montenegro is after Greece - USA.

A new era begins today in the public sector as the joint ministerial decision on the operating conditions of ... was published in the Official Gazette (Β '4337 / 18.9.2021) ...
Read more
WORLD

Research of the Medical University of Innsbruck in Austria, led by the internationally known professor of Greek origin Michael Ioannidis, in which data of 350 patients were included ...
Read more
ECONOMY

AADE: MyBusinessSupport opened for the reintegration of those affected in the 100 & 120 installment settings

Les Andrea at the Alma Gallery

New measures from today will apply in gyms to prevent the spread of covid-19 disease. According to the General Secretariat for Trade and Consumer Protection ...
Read more
984

Tsitsipas: "I will get the vaccine-There are times when I feel ashamed of my behavior"

Stefanos Tsitsipas in an interview stressed that he will make the vaccine against coronavirus, while he noted that he has not regretted what he did against ...
Read more
984

An online event, aimed at informing students and parents about the benefits of vaccination at the ages of 12-17 against coronavirus disease, is organized by ...
Read more

The Kolonos Festival culminates on September 28 with a series of exceptional theatrical performances and concerts, which is now an institution in autumn entertainment in Athens, ...
Read more
IT HAPPENS IN ATHENS

Car and engine arson in Ilioupoli

A car and a motorbike were set on fire in the early hours of the morning on Archimedous Street in Ilioupoli, which were completely destroyed. The arson attack took place outside ...
Read more
CIVILIZATION

The most fun puzzle game against the backdrop of the old gas factory For families with children from 9 years old What was that noise? You smell ...
Read more