N. Hardalias: We do not want to take any measures, we do not target the islands 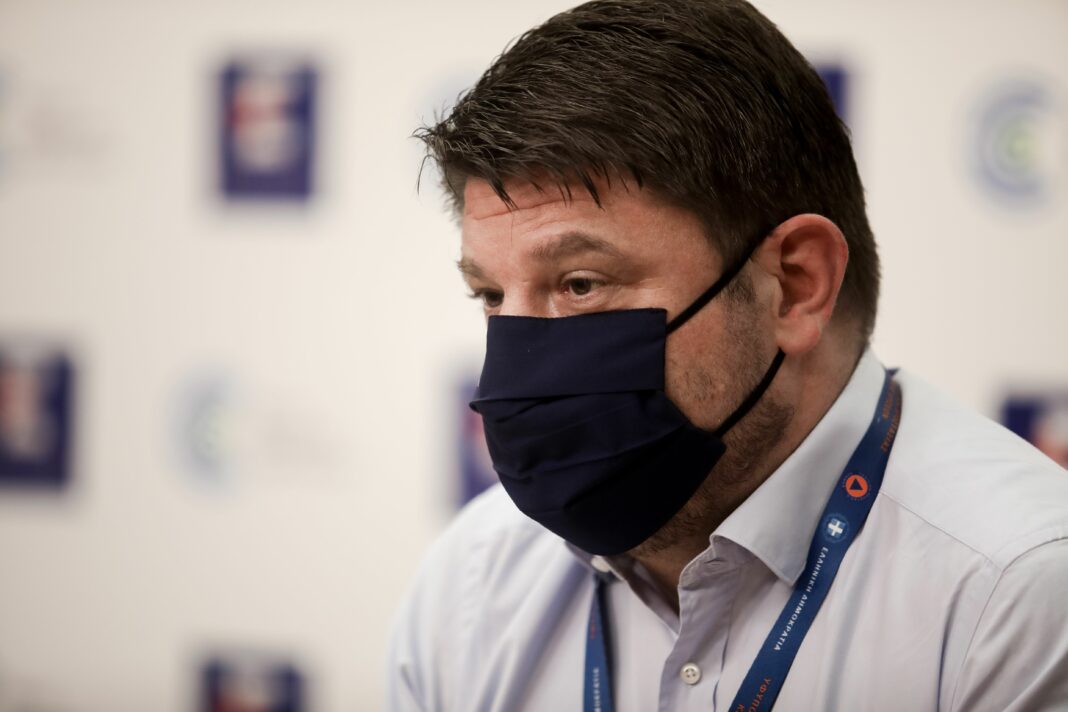 For one of the top ten extreme weather phenomena of the last 40 years due to the continuous high temperatures for many days, spoke about the heat, the Deputy Minister of Civil Protection and Crisis Management, Nikos Hardalias in an interview with "Sky"

"This raises many issues in the general population but also raises some issues that we must prepare for and concerns the fires, because this heat wave will be accompanied by westerly winds and this raises our concerns. In any case, we must follow the instructions to be careful and to spend the next twenty-four hours ", stressed Mr. Hardalias, while adding that the whole state mechanism is on alert.

Regarding the pandemic, Mr. Hardalias said that the cases are increased, in some areas the viral load is increasing, and for this reason we must be very careful.

"Especially at young ages the situation is gone. Our first concern is to launch the necessary controls, and in fact Ios has been reinforced with personnel by order of Mr. Chrysochoidis. It should be understood that the problem is not the indigenous population, in these islands the large increase comes from the category of cases related to work in restaurants, entertainment ", he pointed out, while emphasizing that what is to blame is that in There is impunity in these islands, but not as a whole, as he said, there are serious businessmen who work professionally. but there are a few who make a difference.

"When someone travels from here with PCR negative it does not mean that the virus does not incubate, it gets there and when there are no measures and we have the images and situations that you highlight the virus gallops," he noted.

Mr. Hardalias made it clear that there are no red areas but areas that are burdened and added that if they see that the situation goes away with constant new influxes and can not seal the existing ones, they will need to take measures, such as those of Mykonos, a development that abstain.

Regarding Mykonos, he said that when they saw that within 3-4 days the series of cases were not new, so they noticed a stabilization of the cases, then within 8 days they reopened it. This does not mean that Mykonos will not be closed again if necessary, Mr. Hardalias underlined, but clarified that it is a development that is unlikely to happen.

"The police are there, there can not be a police officer in every bar, club, every party in 24 hours. "The vast majority of businessmen on these islands are making an extraordinary effort and should be recognized," he said.

Mr. Hardalias said that they do not want to take any measures, they do not target the islands, however what they say is that there must be attention.

"But when we see that there is such an outbreak that endangers human lives, obviously and above all else is the precaution of these people and of course we will take measures," he stressed.

He reiterated that "from the very beginning this government has shown that all it thinks about is human life. "Our priorities have not changed, above all, it is the human being."

At the same time, he mentioned that there is a trace in Mykonos, however, when they feel that they can not seal the confluence, that is, they do not have real information, they are ready to take measures. "When we have an image, we have the tools to be able to protect the population," he said, noting that 41% of cases in Crete come from social gatherings.

"Through the information, we do not issue ultimatums, nor do we threaten anyone, nor do we target areas, nor do we have a punitive mood. We convey the anxiety of the epidemiologists and the government to be able to slowly return to our normalcy ", pointed out the Deputy Minister of Civil Protection and Crisis Management.

Regarding the fires, Mr. Hardalias said that the Civil Protection took a burden of a responsibility that does not belong to it, it is not in its responsibilities, with a specific program for Attica that concerned 18 areas which in the simulations of the Fire Brigade showed that very big problems could be created.

"Eighteen areas, including Tatoi, Sheikh Shu, Ancient Olympia, have been cleaned up, firefighting has been set up so that we can be sure that in case anything can happen we will be able to assist. The big fire, the part that went through Dionysos, which we managed to stop shortly before he left for Penteli, was a part of 18 and if the cleaning by the Civil Protection had not been done, the results would have been worse and in terms of human property but also of human life ", he underlined while adding that the fire was not creeping, if it was it would create huge thermal loads.

"For the first time after many years in Ippokratio Politia, we proceeded and opened with concise procedures and based on the tools given to us by law 4662, Apollonos Street, as an escape route so that people can feel and be safe. We are piloting this program - this program must be spread throughout the country. "Climate change does not leave much room for being at the forefront of initiatives," he said.

He also said that an average of 50-52 fires break out every day, while he announced that Attica in July has turned orange 15 times. "The 15-year average is 6,6 with a maximum number in 2009 when we entered 11 times - so far we have entered 15 times, the data have changed and we have to run to adapt to the data," he noted.

Finally, regarding the upgrade of Civil Protection, Mr. Hardalias stated that KYSEA voted the largest civilian program in the history of Greece, which concerns our protection from climate change, the AEGIS program - 1,7 billion, which concerns Politics Protection, in our defense for climate change and moves to 4 levels, in terms of prevention, preparedness, response and short recovery.

Amateur clubs are paid the tax from the betting tax

The financial aid is paid today to mothers with three or more children, retirees or insured of EFKA-OGA, who declared participation in the Money Provision Program ...
Read more
SPORT CITY

Olympiakos appeal against the Superleague for central management

PAE Olympiakos appealed to the Arbitration Court of the EPO, for the decision of the Superleague to proceed with central management of its television rights. As it is...
Read more
GREECE

A truck with 165.000 packs of smuggled cigarettes was found in Aspropyrgos

A truck with 331 cartons containing 165.000 packs of cigarettes that did not carry the required excise tax strip, was located in Aspropyrgos. The police officers of the DI.AS team ....
Read more
GREECE

Three arrests for the episodes of fans in Patissia

The police made three arrests for the incidents that took place last night at the offices of the Panathinaikos fans' association in Acharnon in Patissia. It is about...
Read more
ECONOMY

Three major categories of retirement are covered by insurance law. At the same time, the Ministry of Labor and Social Affairs is launching the extension - by one year - within the application deadline ...
Read more