France: Protests in Paris and other cities against the health certificate 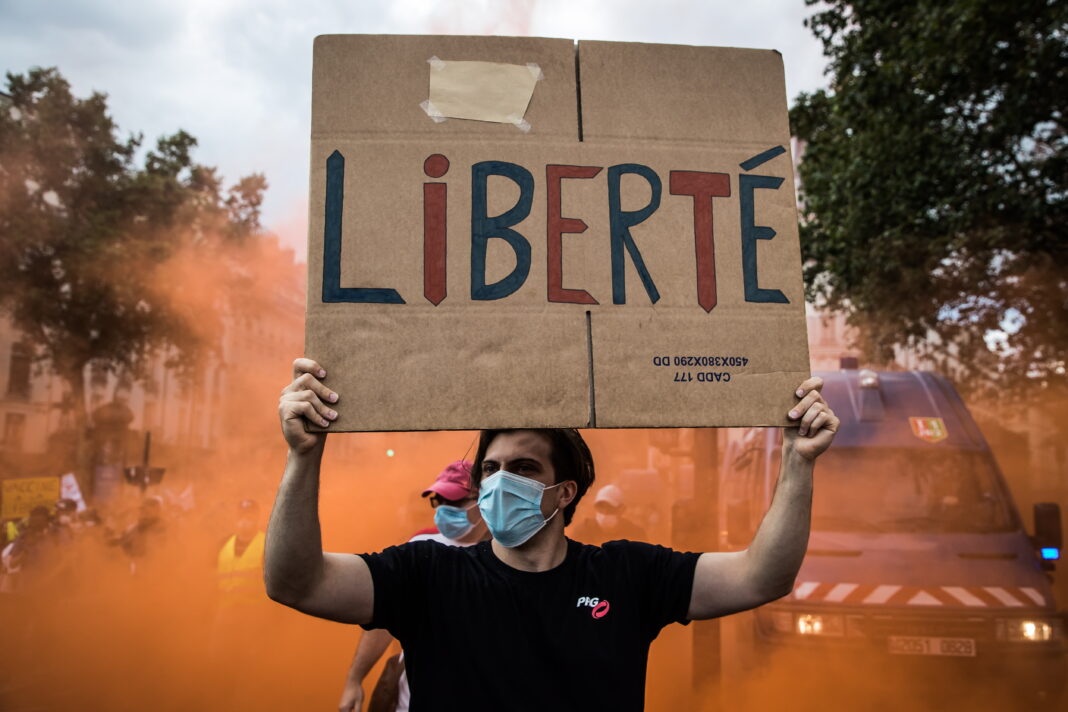 Thousands of people protested again today in Paris and many other French cities against the government's mandatory health card to deal with the new wave of Covid-19.

According to a police spokesman, protesters in Paris injured three police officers.

It is the third weekend that those opposed to the new measures promoted by President Emanuel Macron take to the streets, in an unusual display of determination as most French people organize their summer holidays.

"We are creating a divided society and it is unbelievable that this is happening in the country of human rights," said Anne, a teacher who was protesting in Paris. "It simply came to our notice then. I have never demonstrated before in my life. "I believe that our freedoms are in danger."

Those wishing to visit museums, cinemas or swimming pools find the doors closed if they do not have a health certificate showing either that they have been vaccinated for Covid-19 or that they have recently been tested and tested negative. This week, parliament passed a new law on compulsory vaccination of health workers. At the same time, the use of the health certificate will be extended to bars, restaurants, trade fairs, trains and hospitals, from August 9.

According to police estimates, about 13.500 people took part in the mobilization in Paris. Demonstrations also took place in Marseille, Lyon, Montpellier, Nantes and Toulouse, with protesters chanting slogans such as "Freedom" and "No to the certificate".

A study published on Friday found that 85% of Covid-19 patients treated in France are unvaccinated.

Northern Greece is on alert, with coronavirus cases on the rise, raising alarm in both the government and the scientific staff. In Thessaloniki...
Read more
News Bulletin Athens 9.84

The Israeli Ministry of Health announced yesterday Tuesday that in the previous 24 hours 8.691 cases of SARS-CoV-2 were diagnosed and 26 patients succumbed to ...
Read more

The joint visit of the mayor of Athens, Costas Bakoyannis, and the mayor of Istanbul, Ekrem Imamoglou, to the Holy Rock of the Acropolis took place in a warm atmosphere. The...
Read more