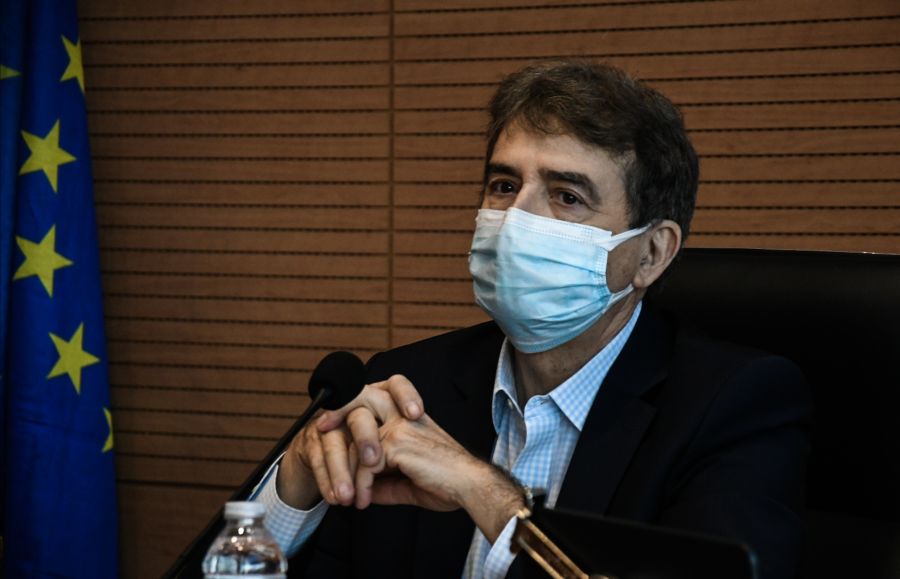 By order of the head of the PS, Lieutenant General Stefanos Kolokouris, a firefighting boat went and receives and collects bathers or residents of the coastal areas. The same happened with the Coast Guard and its lifeboats, as well as individuals who evacuated all areas where civilians were at risk. A group of EMAK is also present in order to help the residents to properly evacuate the settlements and not to endanger anyone ".

The minister then said that a team from the Arson Crimes Directorate had gone to the wider area to investigate the causes of the fire.

Regarding the heatwave, he pointed out: "All the country's services are on alert to deal with the heatwave, to protect vulnerable groups to protect public and private sector workers, the proper functioning of the country's critical infrastructure and critical functions. All this today, on the first day of the ordeal that we are going through, worked extremely well, without many problems, and I declare with satisfaction that the state, the local government and all the bodies that have taken on a role in dealing with and managing this crisis are working within the plan. which is evolving and will evolve in the coming days. The adverse conditions will continue in the coming days as informed by experts and meteorologists. We call on citizens to refrain from any activity in the natural environment or in the urban fabric that can cause problems and spread fire with enormous risks to human life and the environment. We are all here, on alert, on mobilization on alert and we are all here and we will remain for the next 24 hours when this phenomenon will occur, here at the Operations Center of the Fire Brigade, together with Deputy Minister Nikos Hardalias who is at the scene of the fire. and the general secretary of Civil Protection, Vassilis Papageorgiou ".

The number of internet users arrested or mistreated for posting has increased worldwide. More specifically, the number of countries where ...
Read more
WORLD

With the main focus on the immigration problem and threats against security and climate change, Foreign Minister Nikos Dendias had a series of meetings ...
Read more
News Bulletin Athens 9.84

The epidemiological index of the country will judge whether it will be necessary to extend the obligation of vaccination to other branches besides the health ones, he clarified, speaking to ...
Read more
COVID-19

The new bad appearance of Barcelona and the draw with Granada has brought cracks in the ranks of the club and it is not excluded that soon ...
Read more