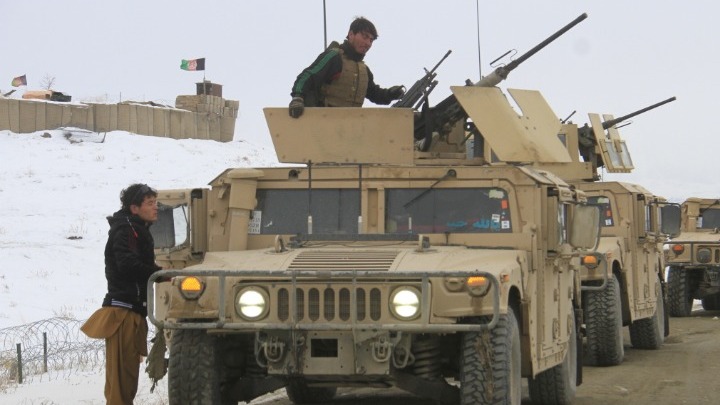 Fighting between the Taliban and Afghan forces resumed today, for the third day in a row, around Herat, the large city in western Afghanistan, where the offices of the local UN mission were targeted yesterday.

On Saturday morning, Afghan forces gave the impression that they had managed to loosen the siege around the city of 600.000, the third most populous in the country. Police officers and soldiers, including members of the Special Forces, had developed in the main cities of the Idel region, surrounding Herat, and Gouzara, to the south. After the fierce clashes on Friday, calm reigned in the area.

Afghan troops also deployed in the Pashtun Pool area near the offices of the United Nations Assistance Mission in Afghanistan (UNAMA), which was attacked on Friday.

However, in the afternoon, fighting resumed on the outskirts of the city and in both districts, according to Herat provincial governor Abdul Sambur Kani. "Currently, fighting is taking place in the southern and southeastern suburbs of the city of Herat, mainly in the Pashtun Pool and Pool Malan areas, two bridges about 10 kilometers south of the city," he explained. "Afghan security forces and resistance forces (including militias fighting the Taliban) are fighting to repel and destroy the Taliban. We tried our best to save the civilian population but the enemy took up positions in private homes. "We are proceeding with great care to avoid civilian casualties," he added.

Fighting is also going on near the airport, said Kani, who appeared on Afghan television wearing a camouflage uniform with a rifle on his shoulder alongside Ismail Khan, a powerful local warlord fighting the Taliban. Ismail Khan's men fight on the side of the Afghan army in Herat.

"The inhabitants are trembling"

Many people left their homes and headed to Herat seeking refuge. "Residents are terrified," Gul Ahmad, who lives in the Incil district, told AFP.

The Taliban have recently taken control of several areas of Herat province, as well as two border outposts, Islam Kala (the border crossing with Iran) and Torgundi, on the border with Turkmenistan. On Thursday and Friday, they approached the city limits, around which soldiers and members of Ismail Khan's paramilitary force had deployed.

Since the beginning of May, the Taliban have occupied large areas, mainly rural areas, in Afghanistan, launching attacks in parallel with the withdrawal of international forces from the country. The army has so far failed to put up strong resistance and now controls only the major provincial capitals (some are encircled) and most of the main thoroughfares.

Battles in the south

The Taliban are also stepping up pressure on two other provincial capitals in southern Afghanistan: Kandahar (the second most populous city after Kabul) and Laskar Gah, the capital of Helmand province.

Fighting continued today in the suburbs of Kandahar, where army helicopters bombed the Taliban, a French news agency correspondent reported. Thousands of people have fled their homes around Kandahar in recent weeks and sought refuge in the city. According to the correspondent in the city, the concern is obvious and three out of four stores have closed their shutters.

In Laskar Gah, a small private clinic, with about a dozen beds, where the Taliban had taken refuge, was destroyed today during the clashes. "The Taliban forcibly entered the hospital and expelled the staff. "Special forces men who arrived in the area asked for air support," said Aga Mohammed, who lives a short distance away.

The new bad appearance of Barcelona and the draw with Granada has brought cracks in the ranks of the club and it is not excluded that soon ...
Read more
984

The meeting, today at 1pm at the Maximos Palace, of the Prime Minister Kyriakos Mitsotakis with the Mayor of Istanbul Ekrem Imamoglou and the Mayor of Athens Costas Bakogiannis, ...
Read more
GREECE

If the historical conclusion is always disputed, what is never disputed is that history is a "practical teacher". * Karaiskakis: He led naughty troops facing ...
Read more

The meeting, today at 1pm at the Maximos Palace, of the Prime Minister Kyriakos Mitsotakis with the Mayor of Istanbul Ekrem Imamoglou and the Mayor of Athens Costas Bakogiannis, ...
Read more
IT HAPPENS IN ATHENS