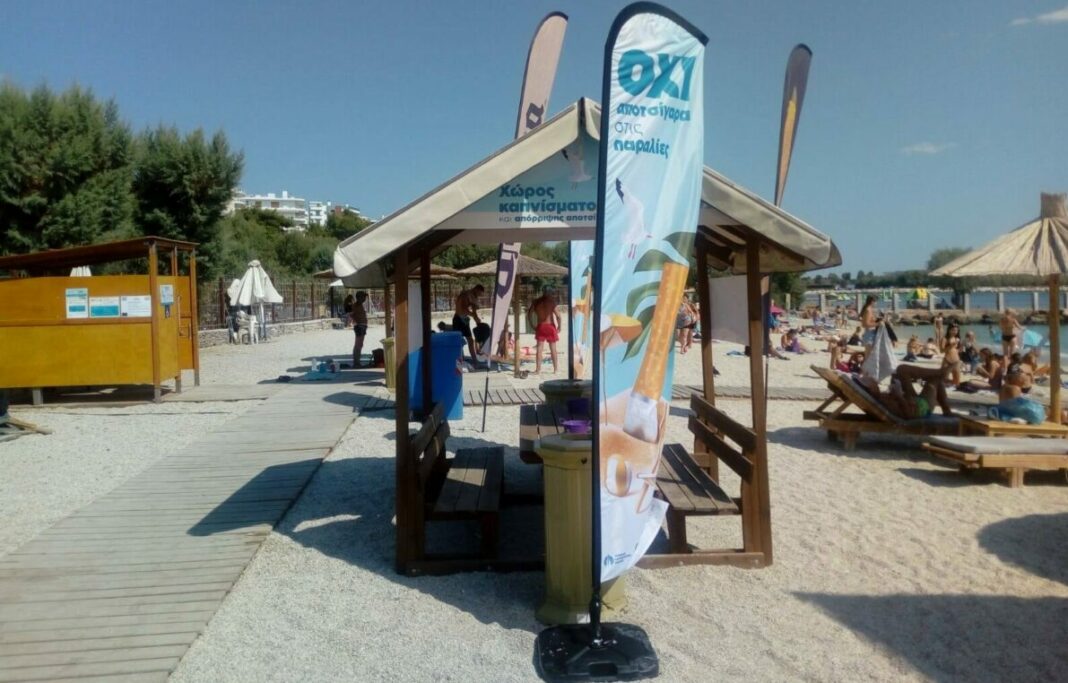 With the motto "Cigarette butts are not a small piece of garbage, but a big problem of toxic pollution", the Hellenic Cancer Society is carrying out a campaign to inform and raise awareness of citizens through a series of actions in many areas of Greece.

In our country they were rejected approximately 22 billion cigarette butts (3.500 tons, official data of ELSTAT 2018), with the largest percentage of them ending up directly in the environment.

"The pollution caused by cigarette butts is an issue that has not received due attention," he said. Athens 9.84, ο President of the Hellenic Cancer Society Vangelis Filopoulos. "Cigarette butts consist of two parts: the filter and the smoke that did not burn. The non-combustible part of tobacco contains all the harmful components of the cigarette, carcinogens and heavy metals. Also the cigarette filter is made from cellulose acetate, a non-biodegradable plastic, the same as that made by the plastic frames of the glasses, which remains unchanged for 10 years and then decomposes into plastic microfibers. The same applies to the cigarette butt of the heated tobacco devices ".

"Cigarette butts are the main polluter of the beaches," he emphasizes Mr. Filopoulos. "The 36% of the garbage collected on the beaches are cigarette butts, which end up as food for birds and fish but also small children are in danger of chewing or swallowing them, fortunately we do not have many such cases of poisoning. We are carrying out this information and awareness campaign again this year with its help Anti pollution and "Depi Vassiliadis Foundation", and we urge citizens not to throw cigarette butts on the beaches or on the streets and parks of cities as their dumping in the environment has huge negative consequences.

It was set up as part of the campaign a shady wooden kiosk with large ashtrays on the beach of Ai Alipedos of Alimos offering incentives to smokers but also a boost to the country's municipalities to install similar kiosks, an action very common in other countries.

At the same time they will be set up large information flags in the ports of Piraeus and Rafina eI will share brochures that fold up and become ashtrays on beaches of the country, where it has branches the Hellenic Cancer Society.

Level 4 (red) of the Epidemiological Map of the country includes the Regional Units of Kastoria, Xanthi and Drama, while the power of the specialists is extended, local ...
Read more
WORLD

Last night's "Elephant Round", the discussion organized by the two channels of the German public television ARD and ZDF with the ...
Read more