Hardalias-Chrysochoidis: The fire is in remission - We remain on alert - 4 apprehensions of suspects 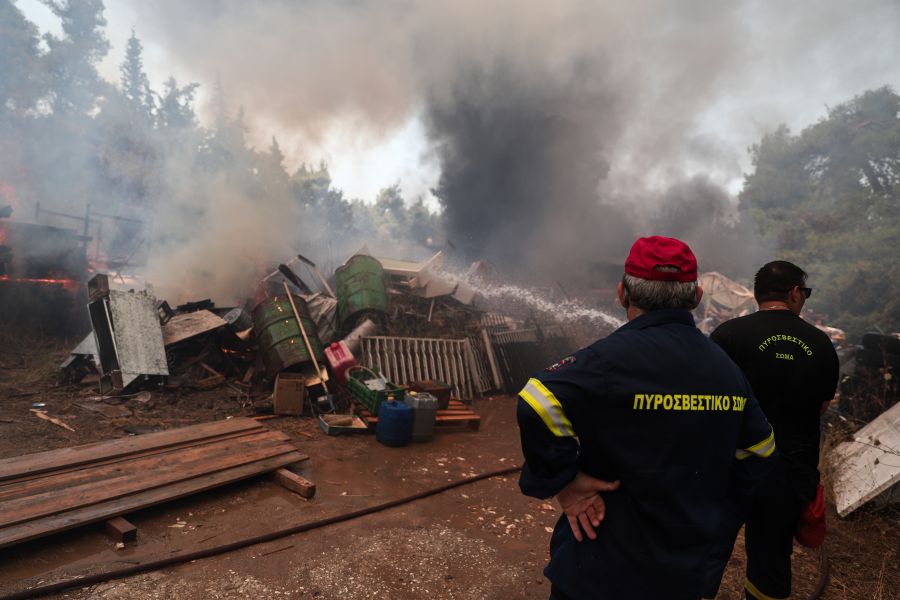 The Minister of Civil Protection, Michalis Chrysochoidis, spoke about a very difficult fire that "moved vertically and was transported from area to area with the air, as a result of which it spread very quickly and new fronts were created", informing about the evolution of the fire which broke out shortly before 12 noon in the wider area of ​​Stamata.

According to Mr. Chrysochoidis, there was an immediate universal and very targeted mobilization, while he was in a joint mobilization with the Deputy Minister of Civil Protection and Crisis Management, Nikos Hardalia at the Operations Center and with the Secretary General, Vassilios Papageorgiou, in air coordination.

"The firefighters fought a very brave battle with the fires that existed in the neighborhoods, in the cities, in the streets and saved the property and the precious lives of our fellow citizens. The same goes for the volunteers and the police who took all the measures in order to evacuate settlements and not to endanger human lives ", Mr. Chrysochoidis underlined, while announcing that the investigating authorities of the Fire Brigade are currently investigating the causes of the fire.

"I am sure that very soon they will come to conclusions and are assisted in this by the forces of the General Police Directorate of Attica. We are all here day and night and we will protect with absolute dedication with absolute devotion the environment, our precious forests, the sensitive settlements located in or around the forests, mainly here in Attica, and of course we are here to protect human lives ", he noted Mr. Chrysochoidis. 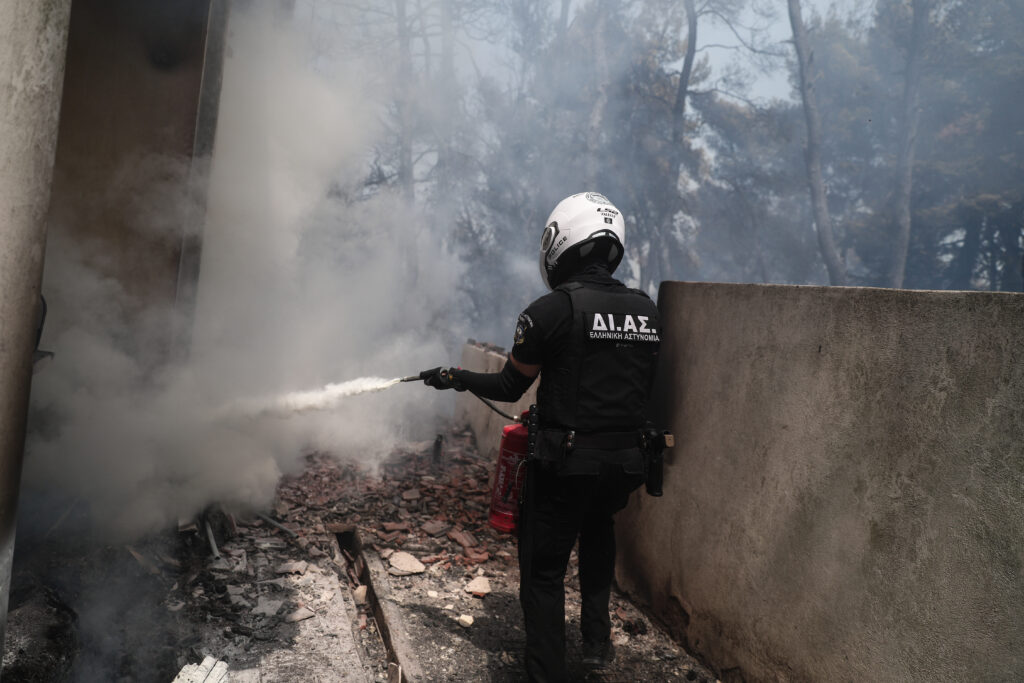 We remain vigilant - The next few days are very difficult

At the same time, Mr. Chrysochoidis said that everyone is on alert, while he pointed out that these days are very difficult due to the high risk of fire.

"We ask you all not to attempt fires in the countryside, let us stop any activity these days because in the coming days the conditions will be extremely difficult and the risk of fire is very high," he concluded. 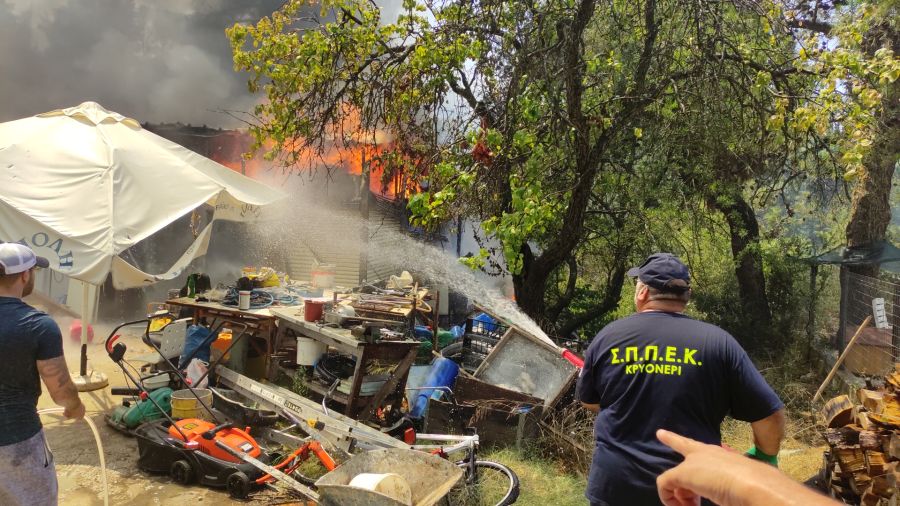 The fire is in remission - 4 adductions

The situation seems to be in recession but also improved, as stressed by the Deputy Minister of Civil Protection and Crisis Management, Nikos Hardalias during the briefing. As he said, the front towards Penteli is safe and there are still many scattered outbreaks in the fire which is coordinated by the Chief of the PS, Lieutenant General, Stefanos Kolokouris. He also announced that a team from the Arson Crimes Directorate is in the area to investigate its causes and so far 4 suspects have been brought in.

As he informed, the fire broke out at 11:39 in a forest and residential mixing area south of the Stamata cemetery. At the beginning, north winds were blowing 6 Beaufort with gusts that exceeded 7, as a result of which it quickly gained dimensions. In its southwestern course, it passed through the areas of Stamata, Rodopolis and Dionysos, moving between the settlements, but also in houses. Through 112 the residents of these areas received two SMS in order to be informed about the fire and to be on high alert but to be given instructions regarding their personal safety and their homes.

"The intervention of the fire brigade, ground and air, was immediate in an extremely difficult but also dangerous fire", Mr. Hardalias stressed while he stated that at the moment 310 firefighters are operating with 10 groups of pedestrians, 110 vehicles, 12 helicopters from of which two for coordination, as well as 9 aircraft with the Beriev-200. At the same time, Mr. Hardalias spoke about the significant assistance of numerous volunteer groups of the fire brigade, but also of the forces of the Attica Region, the municipalities of Attica, ELAS and their volunteer groups. 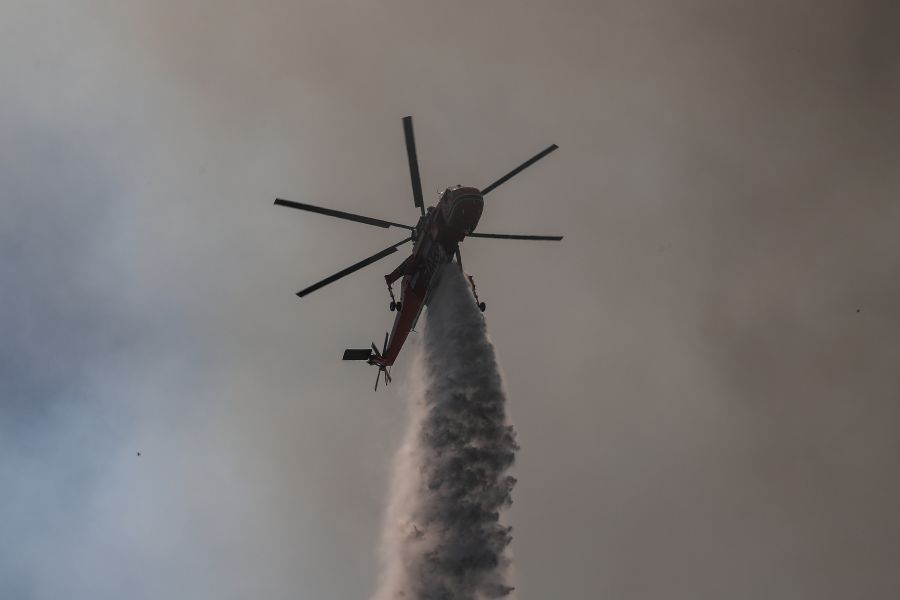 The area had been cleared by the Civil Protection

Finally, Mr. Hardalias, after thanking Mr. Chrysochoidis, who was with them from the first moment and with the Secretary General of Civil Protection, stressed that the forces of the Fire Brigade and the Civil Protection remain on general alert.

According to information, the area where the fire passed is in the 18 areas where the civil protection made cleanings, a fact that is proven by the fact that the fire was moving from tree to tree and not on the ground, where it would cause more damage.