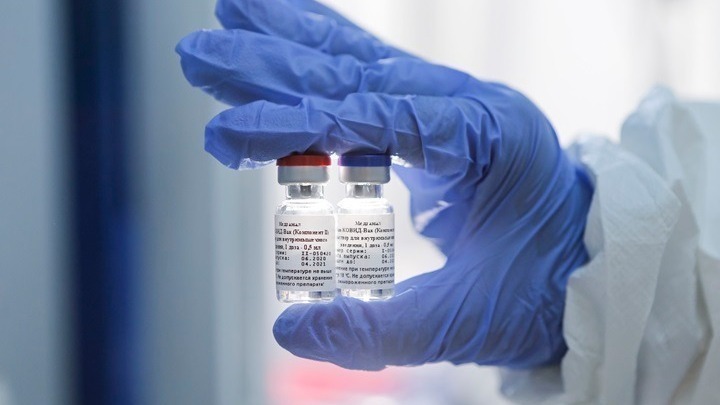 The effectiveness of the Pfizer / BioNTech vaccine against SARS-CoV-2 infection fell to 39% between June 20 and July 17 in Israel, the Ministry of Health announced on Thursday, noting that this finding is recorded. at a time when the most contagious Delta variant is spreading.

This percentage is significantly lower than the 64% that was mentioned from June 6 to July 3 and the 94,3% that was measured from May 2 to June 5.

Since the start of the immunization campaign in Israel on 20 December 2020, more than 5,75 million people, or 61,6% of the population, have received the first dose of the vaccine, of which 5,28 million and the second.

In the past 24 hours, 1.275 cases of SARS-CoV-2 were diagnosed, bringing the total number of infections to 856.827, while three more patients with COVID-19 succumbed, bringing the death toll from the pandemic to 6.457.

The number of active cases rose to 9.742, the highest level since March 27.

In addition, the number of patients treated in a serious condition increased to 75 (+7).

"I believe that Greece is much stronger today than it was in the last decade", stressed the Prime Minister, Kyriakos Mitsotakis, in a greeting addressed to ...
Read more
ECONOMY

New funding of 35,9 million euros in Greece from the EU Solidarity Fund

Resources of the EU Solidarity Fund amounting to a total of 35,9 million euros, were approved by the European Commission for Greece, contributing to ...
Read more
SPORT CITY

PAOK's agreement with Nova was announced

The cooperation with PAOK for the acquisition of its television rights in the current Super League championship was officially sealed by NOVA. As known,...
Read more
GREECE

The Minister of Health Thanos Plevris received today at the Ministry the coach-basketball player, Dimitris Papanikolaou. The veteran basketball player informed about the campaign that is starting regarding ...
Read more
SPORT CITY

The draw of the championship in the Third National was postponed

The final postponement of the draw for the championship of GDEthniki, scheduled for Monday (27/9), was made by the EPO. The reason that led to this development, ...
Read more
CIVILIZATION

The musical-theatrical play "Once upon a time on the Bosphorus" by Akis Dimos, which enchanted and moved the audience, returns for another performance on Wednesday, September 29 ...
Read more
ECONOMY

Until October 3, the ERGANI system will be available for Culture companies

From today until October 3, the ERGANI system will be available for the companies of theaters, music stages, dance theaters, concert halls and ...
Read more

The cultural week starts today, Friday, September 24, with a tribute from the Attica Region to the great Mikis Theodorakis with the "Mikis Theodorakis" Orchestra on ...
Read more
IT HAPPENS IN ATHENS

Registrations open at the 11 Creative Learning Centers of OPANDA

Theater, painting, music, traditional dances, jewelry making, ceramics, and much more are waiting for you in the creative learning programs of the Organization of Culture, Sports and Youth of ...
Read more