The fire in Lassithi is in decline 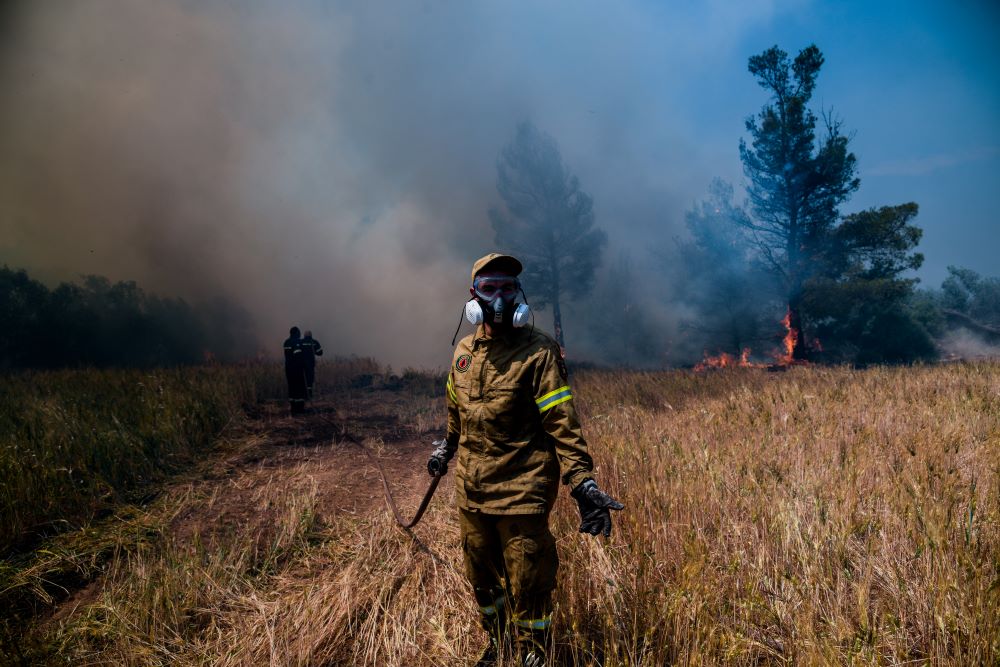 The fire services of the island, who have been on general alert since yesterday afternoon, fought the flames overnight, in the front of the fire that broke out in the prefecture of Lassithi, between the villages of Prina and Meseleri.

According to the Fire Department, the fire is in remission, however the task of extinguishing the fires is made difficult due to the strong winds that blow in the area.

The flames reached very close to the two settlements, but the immediate mobilization of the Fire Brigade reduced the risk of fire threatening the residents and their homes immediately.

More than 100 firefighters are operating at the site with 20 water tankers, six pedestrian units, twelve transport vehicles, while the municipality has been mobilized and equipment, which supports the firefighting work.

In fact, during the night there was a meeting of the stakeholders, in order to have the required coordination. The fire started shortly before 19:00 yesterday and a firefighting helicopter immediately went to the spot. In the battle with the flames, three firefighting helicopters were added in the morning, dropping water in inaccessible areas.

Criticism of the government for "rebuilding economic recipes of the past that failed and led us to bankruptcy", instead of participating in the global debate that is developing ...
Read more
GREECE

The three axes on the basis of which the Greek government has moved in the immigration / refugee issue, he develops, with his article in the newspaper "Ta Nea", ...
Read more