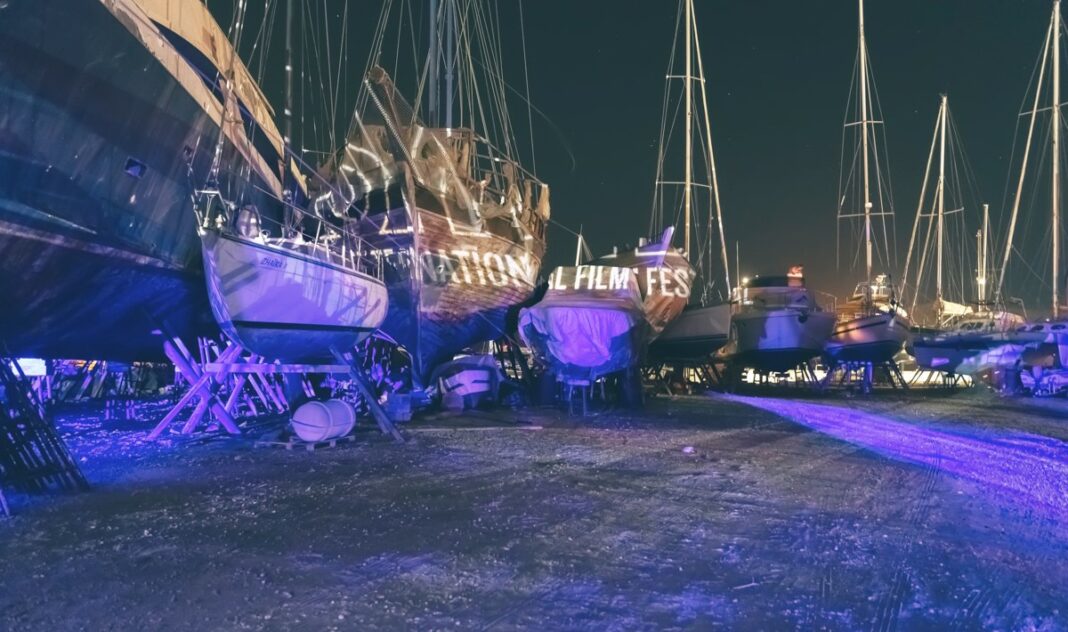 The 9th Syros International Film Festival
begins the "dialogue" with the Cycladic island!

In a few days, from the 22nd to the 26th of July, the Syros International Film Festival returns to the Cycladic island for its ninth event, continuing to explore the theme "Off Season" for the second consecutive year. A theme that focuses on different perceptions of time, the different "speeds" at which humanity operates, forced movement and attitude, the management of staff and "free" time as a fundamental human right.

As every year, SIFF utilizes in an unexpected way the cultural heritage of Syros by carrying out screenings and actions in selected parts of the island that always come in "dialogue" with the history of the place. This year, SIFF will take place in nine different locations including two new ones! Thus, at the beginning of the Festival, for the first time in 50 years, the once popular summer cinema "Athena" is "revived", which today has been transformed into the parking lot on Marten Nordestrom Street.

The location will be remodeled by SIFF in the cinema of the 70's, putting -according to the testimonies of the spectators- the screen and the chairs in the original setting that the cinema had at that time, in order to create the appropriate condition for its screening. Cheirographon, an intoxicating found-footage film with rare footage from early documentaries about immigration from the Mediterranean to the United States in the first half of the 20th century.

The Swimming Pool of the Municipal Sports Center of Syros "Dimitrios Vikelas" is the second new location in the planning of SIFF 2021 and creates a special setting for the fourth day of the Festival. As the facility is closed to the public for renovation purposes, the indoor pool provides an ideal, "out of season" setting for Frida Liappa's sunny shots, as well as images of a bygone era in the distant Soviet Salt from Svanetia. Svanetia] accompanied by the original music of Kostis Drygiannakis.

The rest of the SIFF 2021 activities will take place at the Pallas Summer Cinema, the Apollo Theater, the Cyclades Labor and Employment Center, the Kondylaki-Dendrinos Tannery, the Ploes Hotel, the famous drive in Dellagratsa and the historic delivered to film ghosts from other eras through the audiovisual installation and performance of Marina Gioti that aims to bring a deliberate anachronism into the present, in order to awaken spirits familiar to the human geography of Syros through a night activation of Tarsanas.

Due to the special conditions caused by COVID-19, all screenings and events will take place outdoors where order of priority will be observed, while the use of a mask is recommended throughout the events.

See the program per day and information about the venues of the Festival:

All screenings / actions are free.

Priority will be given to all actions.

The open discussions will be conducted in English.

For security reasons and to avoid delays in the program, it is recommended to arrive on time at the Festival venues (about 30 minutes before the start of each screening).

The International Film Festival of Syros faithfully follows the instructions and recommendations of the Committee of Experts Covid-19 of the Ministry of Health for the safe operation of live spectacles and audiences in open spaces with seated spectators. Viewers are kindly requested to follow the instructions. The Festival team is available throughout the activities for any clarifications and further assistance.

The use of the mask is recommended throughout outdoor screenings and performances.

* The program of the Festival may be modified. Follow any developments on the SIFF Facebook page (@syrosfilmfest). 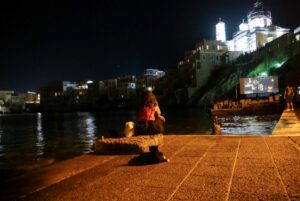 SIFF is donated by the Stavros Niarchos Foundation (ISN).