Opening of a periodic exhibition at the Archaeological Museum of Thessaloniki 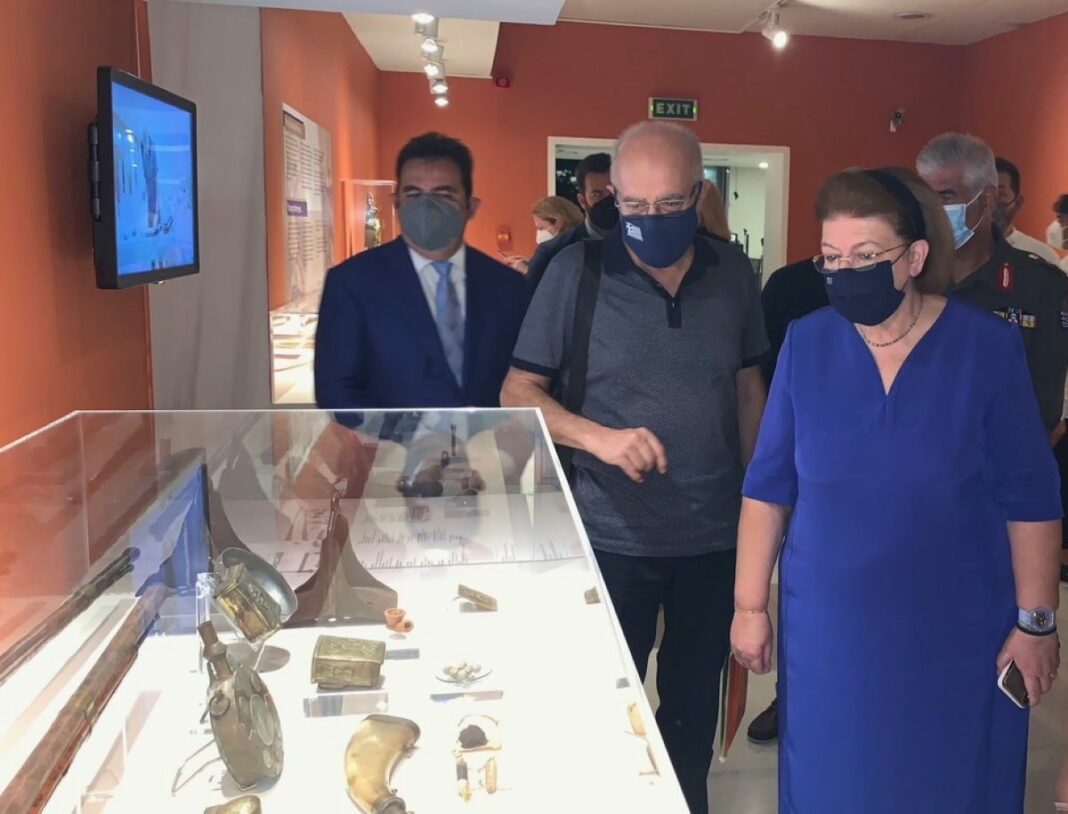 The periodical exhibition "For a burning flame. Antiquities and Memory, Thessaloniki - Macedonia [1821-2021] "was inaugurated yesterday afternoon at the Archaeological Museum of Thessaloniki by the Minister of Culture and Sports Lina Mendoni, in the presence of the Deputy Minister of Interior Stavros Kalafatis, the Mayor of Thessaloniki, Konstantinos Zervas and the Vice-Regional Minister .

The periodic exhibition, which will last a year, is the museum's participation in the celebration of the 200th anniversary of the start of the Struggle for National Independence. Through seven sections, 117 exhibits and a 7-minute film, he attempts to illuminate the important but relatively unknown page of Greek history, focusing on the role of antiquities as a material substance and spiritual legacy in the formation of collective memory.

Antiquities, collectors' works, heirlooms and archival material are presented together with textual sources, visual and audio material, in an exhibition narrative that includes the years of the revolution, but also the years before and after it, in the overall historical course of Thessaloniki. The 117 objects of the exhibition are intertwined with the personal stories of anonymous and anonymous, reflecting the events, ideologies and spirit of the time. 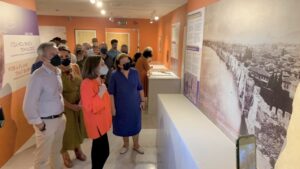 The greeting of the Minister of Culture and Sports:

"My current presence in Thessaloniki and especially in the Archaeological Museum of the city, on the occasion of the opening of the periodical exhibition" For a flame that burns. Antiquities and Memory, Thessaloniki - Macedonia [1821-2021] ", is an event that really causes me joy and honor. The Archaeological Museum of Thessaloniki is an important museum, which the Ministry of Culture and Sports loves, takes care of, believes in it and in its possibilities, in the development that it can have.

After a long period of severe restrictions and forced distancing due to the pandemic, we are once again able to have a common physical presence in places and cultural events that we have all been deprived of for a long time. I want to believe that by showing due diligence and responsibility and having the relevant encouragement of experts, which we must not forget, especially in the matter of vaccination, we will be able to gradually restore our individual and social freedoms, which are not accidental, nor have they been achieved without struggle, and above all to maintain them permanently and without setbacks. Going back is always dangerous. Each setback.

The Archaeological Museum of Thessaloniki today welcomes the public of the city, and not only, with a new, very important and interesting periodical exhibition, which is part of the anniversary events for the completion of 200 years since the beginning of the Revolution, the great national liberation struggle, which led to the overthrow of the Ottoman yoke and the creation of the independent Greek State. A struggle that was extremely painful and long-lasting, as for important areas of Hellenism, such as Macedonia, the coveted integration into the free national body came only about a century later or more, in some cases.

The struggle for freedom was not a sudden and spontaneous outburst of patriotism, but the historical culmination of a long process of awakening, reconstruction and dynamic manifestation of the common national consciousness of the Greeks. The realization and embracing of a collective historical and cultural identity took place gradually and on many levels in close connection with the spiritual, ideological and socio-political currents and movements of the time. The consolidation and promotion of the spatio-temporal connection with ancient Greece and its continuity with its history, culture and values ​​played a decisive role in this cognitive, emotional and symbolic process and character. First of all, the language and then the various scattered visible and tangible material remains and monuments of antiquity, movable and immovable, functioned as natural presumptions but also as conceptual symbols of this connection and continuity, both for the Greek slaves themselves and for foreigners, contributing to the consolidation of the belief on both sides that there is a united Greek nation, which is entitled to a free and distinct political existence.

In this process, which allowed the transformation of the common memory, understanding and interpretation of the past into a common consciousness, self-awareness and expectation for the future, the role of the symbols was decisive. All kinds of material and intangible carriers of memory, objects, places, persons, narratives, myths, representations, have the capacity to function over time as signs and symbols, which stimulate and raise individual and collective thought, will and behavior, awaken and activate historical and cultural associations, and give feedback with stimuli, ideas, feelings and inspiration to works of art and speech.

It is precisely this meeting and coupling of the cultural heritage, ancient and modern with the collective memory and self-knowledge in Macedonia, and especially in the city of Thessaloniki, as well as the way in which it allowed the Greek populations to maintain and promote their common identity in a multinational, multi-religious and multicultural environment for many centuries, until the final union with the rest of Hellenism, focuses the exhibition, which was so carefully organized by the Archaeological Museum of Thessaloniki.

Through seven sub-sections, antiquities, newer historical relics, archival material and collectibles are intertwined in a common narrative with rich documentation from written sources and audiovisual material, connecting historical events with the ideological context, socio-political processes and personal human histories. have as their central axis the evolution of the form, the social composition and the physiognomy of the city of Thessaloniki and the wider area over the time, from the Ottoman conquest to the liberation.

For this important initiative, as well as for the demanding work of designing and implementing this report and the publication of the accompanying scientific catalog, which we must never forget and underestimate, because that is where the culmination of knowledge and experience lies. and it is what will remain, beyond the sweet memory of the exhibition. Congratulations to all the contributors, the staff and the Head of the Museum Mrs. Angeliki Koukouvou, and of course to those who also contributed decisively by providing documentary material and valuable objects from their collections: the National Archaeological Museum of Athens, the National Historical Museum, Collections of George Konstantinidis, Costa Stamati, Collection of Vassilis Nikoltsiou and of course, the Ephorate of Antiquities of Thessaloniki.

Congratulations to all. Wishes for a good and auspicious future for museums and culture, for the whole society, with a return to our daily habits without setbacks. For a dynamic program of the Archaeological Museum and of our museums in general, which together with a series of institutional interventions, which will release forces, can raise the museums really very high ".