Hardalias: One step before taking measures in the 6 burdened areas - Attiki in orange 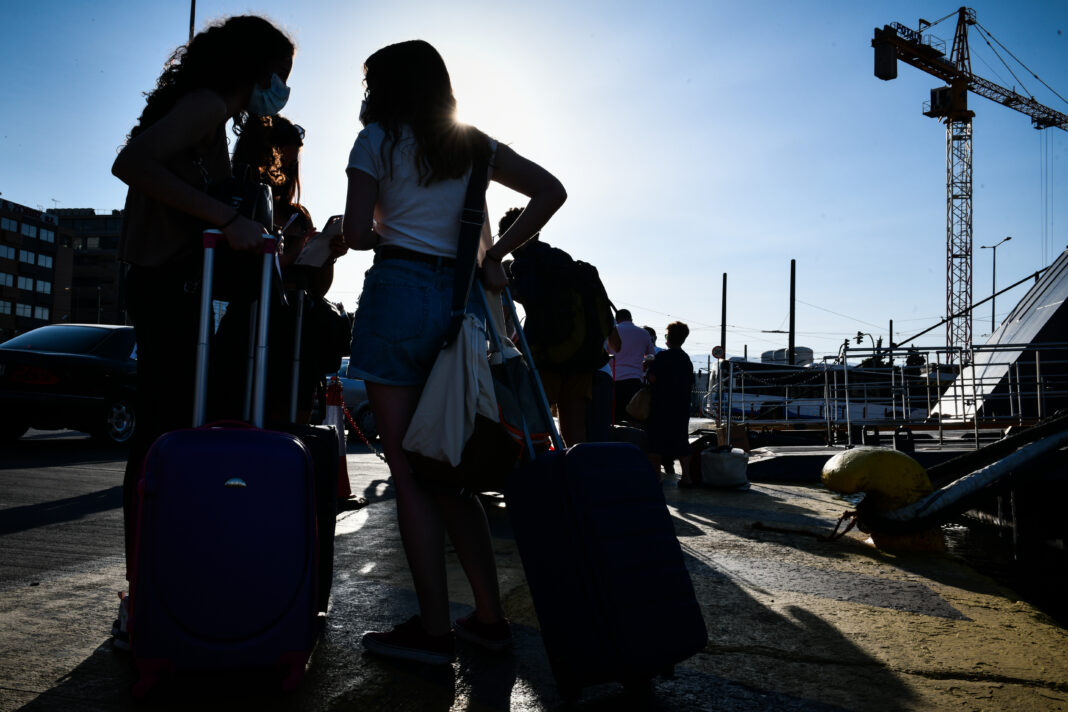 The epidemiological map is changing color again with the 6 most touristic areas - Mykonos, Santorini, Paros, Ios, Rethymno and Heraklion shaping the situation. Unvaccinated workers in the catering and tourism businesses of these areas must be screened twice a week.

As he announced the Deputy Minister of Civil Protection Nikos Hardalias at the orange level 3 The regional units of Grevena, Ioannina, Eastern Attica, North Athens, Piraeus, West Athens, Central Athens, West Attica and Larissa, and the municipalities of Salamina and Paros are rising.

The municipalities of Ikaria, Leros, Kythnos, Lefkada, Milos, Serifos, Antiparos and Chios are rising to the same level, ie yellow.
Finally, the Municipality of Lipsi falls level and is transferred to green, level 1.

At the same time, during the analysis of epidemiological data, the regional units of Mykonos, Rethymno and Heraklion as well as the municipalities of Ieton, Thira and Paros have been categorized at an orange level of increased surveillance with specific measures to strengthen testing due to high epidemiological burden.

"The situation in these six areas requires all of us to be vigilant and put us on alert," said Mr. N. Hardalias, noting that in Mykonos, the number of active cases has quadrupled in one week, from 77 on July 7 in 318 yesterday. In Rethymno it has doubled: 782 active cases from 384 on July 7. In Heraklion it has almost tripled - 878 cases from 310 on July 7.
During the same period, ie in the last week, the active cases have more than increased five times in Ios, 55 out of 9 that was on July 7th.

They have more than doubled in Santorini, 56 out of 24 on July 7, and they have doubled 7 times in Paros, 72 out of 9 on July 7.
From Friday and in collaboration with EODY, additional KOMY go to the 6 areas for extensive testing. In addition, in these areas, starting on Saturday 17 July, unvaccinated workers in restaurants and tourism businesses must be screened twice a week.