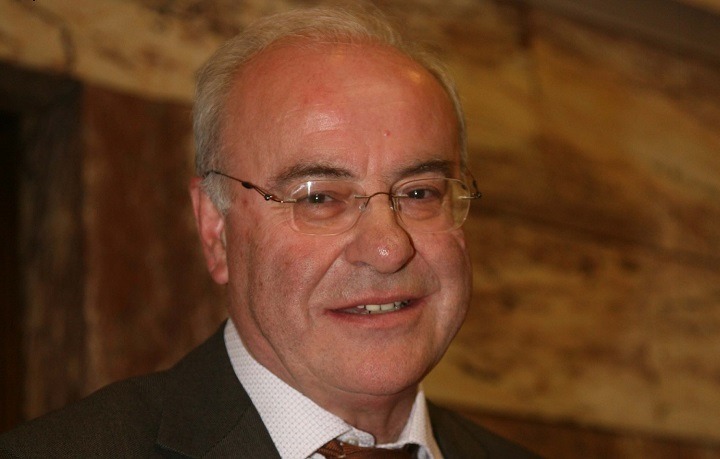 Tassos Nerantzis, a New Democracy MP in B 'Piraeus for a number of years and a member of the Costas Karamanlis governments, passed away on Sunday morning, after 2004.

Tassos Nerantzis was born in Nikaia, Piraeus, studied law at the University of Athens and practiced law. He was the Greek junior table tennis champion in 1958, with HAN Nikaia.

He was a founding member of New Democracy and was elected for the first time as a member of parliament in the region of B 'Piraeus with the same party in the parliamentary elections of 1974. He was re-elected in November 1989, and in 1993. Since then he was continuously re-elected until the June 2012 elections.

He had served as Secretary-General and Vice-President of Parliament as well as a member of the committee for the revision of the Constitution and the committee of inquiry for Siemens. Until 2014 he was chairman of the Parliamentary Institutions and Transparency Committee.

Condolences to the Speaker of Parliament

Mr. Tassoulas stated: "With deep sorrow we say goodbye to Tassos Nerantzis, a politician with a long and important career, a founding member of the ND, MP for a number of years, Deputy Minister of Transport and Communications, Deputy Minister of Development. With devotion, diligence and consistency he represented in the Parliament his fellow citizens of the NW Region of Piraeus, who elected him in nine electoral contests. Tassos Nerantzis adorned the Greek Parliament, which served with a special ethos from different positions, as he was General Secretary, Vice President, Chairman of the Parliamentary Institutions and Transparency Committee and a member of the Committee for the revision of the Constitution. I express my deepest condolences to his family and friends. "

Mitsotakis: We sadly say goodbye to one of the founding members of the party

"The New Democracy family is sadly saying goodbye to one of the founding members of the party, Tassos Nerantzis. In his long political career and from all the party and government positions and public positions he served, Tassos Nerantzis showed morality, diligence, consistency. For the commitment to these authorities, the citizens of B 'Piraeus, chose him 9 times to represent them in Parliament. I express my warmest condolences to his family "said the Prime Minister and President of New Democracy, Kyriakos Mitsotakis for the loss of Tassos Nerantzis.

The former Prime Minister, Antonis Samaras, expresses his heartfelt condolences for the death of the former minister and MP of New Democracy, Anastasios Nerantzis, in a written statement.

The statement of Antonis Samaras states in detail the following:

"A friend, a competitor, a nice man passed away. Tasos will be missing in Parataxis and Piraeus, which he loved so much. And above all, to his family and relatives, to whom I express my heartfelt condolences ".

Warm condolences from the Minister. Foreign

Foreign Minister Nikos Dendias expresses his deepest condolences for the loss of Anastasios Nerantzis to his family.

A. Nerantzis consistently served in his principles in governments of ND, of which he was a founding member, as well as in its Parliamentary Group, as a Member of Parliament for B 'Piraeus for a number of years, Nikos Dendias points out via Twitter.

N. Iliopoulos: Weakness of the Prime Minister is the non-removal of K. Bogdanos

"Mr. Bogdanos should have already been removed. The fact that Mr. Mitsotakis has not spoken for two days now proves the weakness ...
Read more
IT HAPPENS IN ATHENS

The Stavros Niarchos Foundation Cultural Center participates for the fifth consecutive year in the European Mobility Week, with actions that are implemented from Thursday, September 16 ...
Read more
GREECE

Bear dead from bullets in the area of ​​Vrontero, Prespa

A bear was found dead from the bullets on Monday morning in the area of ​​"Pyxos", near Vrontero, Prespa, Florina. This is a female bear, aged ...
Read more
GREECE

Huge damage was caused this summer to the mussel crops of Thermaikos Gulf due to the high temperatures, which prevailed for a long time resulting in ...
Read more
PRESS RELEASES

N. Konstantinou: 50 + 1 can not happen, parents will not send their children to class knowing that there is a case

"We had not agreed with 50 + 1 for the closure of the department and we were negatively surprised by the whole decision. Logic said like last year ...
Read more
984

myAADE: The new digital portal for all transactions with AADE - Finally Taxisnet

The new digital portal of the Independent Public Revenue Authority, myAADE, was launched today at gov.gr. This is how TaxisNET becomes ...
Read more
SPORT CITY

PAOK: Victory is the only way against Lincoln

With the right in the groups of the newly formed Europa Conference League, PAOK wants to enter tonight, which faces Lincoln away from home. PAOK ...
Read more

Mainly only by bus and not by Metro or suburban will be accessible from today until Saturday, the airport of ...
Read more
IT HAPPENS IN ATHENS

Large increases have been recorded recently in the rental prices of real estate, with the Athenians in a report of 9.84 talking about 30% and even 40% ...
Read more
IT HAPPENS IN ATHENS

Urban planning Ag. Friday: The municipality threatens with a "padlock" due to a large volume of work

The mayor of the city, Vassilis Zorbas, is threatening with a "padlock" of the urban planning of Agia Paraskevi from October 31, as 9.84 reveals in Athens ...
Read more