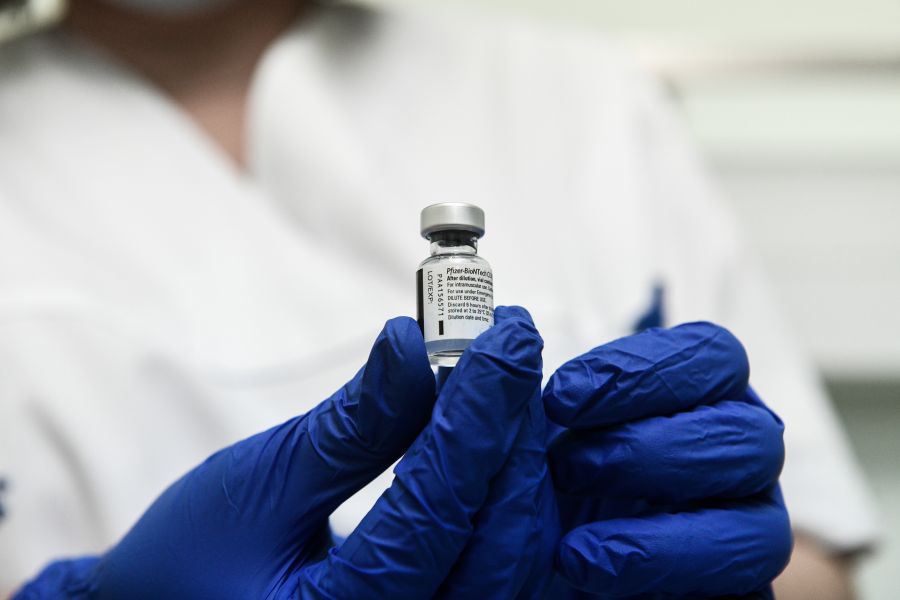 The American company Pfizer and the German BioNTech have announced that they are developing a new vaccine - in essence an upgrade of their existing vaccine - which specifically targets the most contagious Delta variant of the coronavirus and plans to start clinical trials in August.

The two companies - which will be the first to develop a vaccine specifically against Delta - believe that this will be an extra weapon in case a boost of their existing vaccine proves insufficient against Delta.

At the same time, the two companies are seeking approval for a third dose of vaccine in the United States and Europe, according to a company statement that The booster dose aims to provide enhanced immune protection to people who have already been vaccinated and to maintain a high level of protection over a longer period of time.

At the same time, the American company Pfizer and the German BioNTech characterized as encouraging the results from studies of people who received a third booster dose of their existing vaccine. The extra dose, six months after the second, increased the potency of the antibodies against the original strain of the virus and against the Beta ("South African") variant by five to ten times.

The effectiveness of the current vaccine may be reduced six months after its administration and therefore, according to the two partner companies, a booster dose may be needed especially against coronavirus variants. The data, which has not yet been published, will be submitted to the US Food and Drug Administration (FDA) in the coming weeks, According to The New York Times, Reuters and the Financial Times, the first step was to get approval for a booster dose.

However, other experts do not consider an extra dose necessary, at least for now. "There is really no evidence in favor of a third booster dose of an mRNA vaccine, given the variants currently in circulation. In fact, many of us are wondering if we will ever need boosting doses, "said Dr. Celine Gauder, an infectious disease specialist at Bellevue Hospital in New York.

In a joint statement, the FDA and the US CDC said that fully vaccinated do not need an extra dose so far. "We are prepared for boosting doses, if and when science shows that they are needed," the two organizations said.

Citing data from Israel, Pfizer and BioNTech claim that the effectiveness of the existing vaccine "shows a reduction six months after vaccination, both in terms of preventing infection and symptomatic disease." Taking into account its spread Delta, the two companies estimate that "a third dose may be needed within six to 12 months after full vaccination".

Pfizer chief scientist Michael Dolsten said that according to data from Israel and Britain, the current vaccine remains about 95% effective against serious disease from any variant. He also said that some European countries have started talks with the company to provide boosts and some may do so, before the FDA even gives its approval for such a thing. He also pointed out that the extra third dose is especially important for the elderly.

The Israeli health authorities estimated - based on the latest data from June - that the two doses of the Pfizer / BioNTech vaccine provide only 64% protection against Delta for infection and simple symptomatic disease, but 93% for severe disease and hospitalization due to Delta. But this estimate conflicts with other studies that have concluded that the vaccine is very effective against all variants.

"Pfizer is showing opportunism, basing its announcement on very early and 'indigestible' data from Israel. "When the right time for booster doses will come is a decision that the company will not make," said John Moore, a virologist at Weill Cornell Medical School in New York.

The new Delta vaccine under development will target the entire coronavirus protein and not just a part of it as before. The first batch of the test vaccine has already been produced. Pfizer expects $ 26 billion in sales this year from its coronavirus vaccine, as well as big revenue in the coming years.

Former police officer Derek Sauvin, who was sentenced to 22,5 years in prison for the murder of African-American George Floyd in 2020, filed an appeal yesterday, Thursday, ...
Read more
1. PASSPORT

The speech of Kyriakos Mitsotakis within the framework of the United Nations General Assembly in New York, at 16:15 local time, dominates the current program ...
Read more