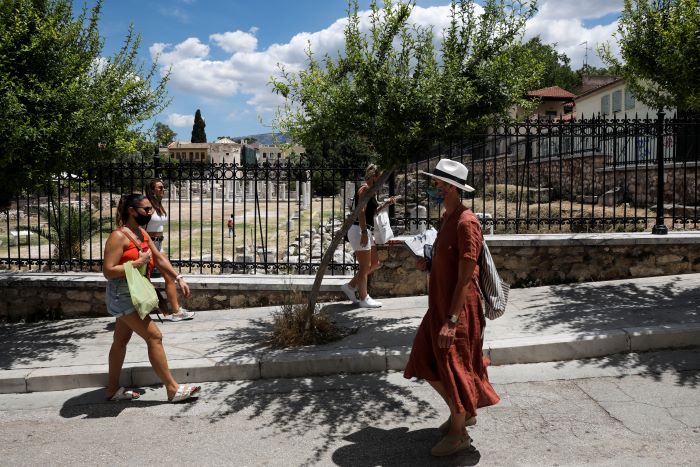 "Corona jump" as EODY announced 1..797 new cases. Unfortunately, another 8 people lost their lives while 168 patients are being treated by intubation.
The admission of new Covid-19 patients to the hospitals of the territory is 48 (daily change -18.64%).

The new infections in the Attica basin and the PE Islands:

The geographical distribution of the 1797 new cases of covid-19 announced today by EODY is as follows:

6 cases in the Argolida Prefecture

2 cases in the Arta Prefecture

3 cases in the Prefecture of Evros

1 case in the prefecture of Zakynthos

1 case in the Prefecture of Kalymnos

6 cases in the Prefecture of Karditsa

9 cases in the prefecture of Lassithi

6 cases in P.E. Of Messinia

14 cases in the prefecture of Mykonos

2 cases in the Paros Prefecture

2 cases in the prefecture of Rodopi

1 case in the Sporades Prefecture

4 cases in the Prefecture of Fthiotida

8 cases in the Prefecture of Halkidiki

The announcement of EODY

The new laboratory-confirmed cases of the disease recorded in the last 24 hours are 1.797, of which 8 were identified after checks at the country's gates. The total number of cases is 429.144
(daily change + 0.5%), of which 51.2% men.
1 2 Based on the confirmed cases of the last 7 days, 125 are considered to be related to travel from abroad and 1.446 are related to an already known case.
The new deaths of patients with COVID-19 are 8, while since the beginning of the epidemic a total of 12.754 deaths have been recorded.

Of the total 1.797 new cases of the new virus in country 21 are imported
of which 8 were located following checks at the country's gates.

From January 1, 2020 until today, in the laboratories that perform tests for the new coronavirus (SARS-CoV-2) and that systematically state the total of the samples they test, a total of 5.476.624 clinical samples have been tested while
5.403.801 samples have been tested by Health Units and Ladders of EODY that carry out Rapid Ag tests. The seven-day average is 40.923 sample checks.

The viral load remained stable in Volos (-1%) and Thessaloniki (+ 3%), while declining changes were observed in Larissa (-36%) and Chania, where the decrease is not appreciable due to the low viral load. In Patras and Xanthi, the viral load of urban wastewater remained very low and below the quantification threshold of the method. In Alexandroupolis and Ioannina the virus
load remained low but detectable, i.e. the levels were above the method quantification threshold.

THE DAILY REPORT OF EODY

Are you a solo artist or do you play in a band? Do you have a special sound, a loyal fanbase and do you feel ready to take the next big step? Apply now! The Technopolis ...
Read more