The EU "condemns" the instrumentalization of immigration by Belarus 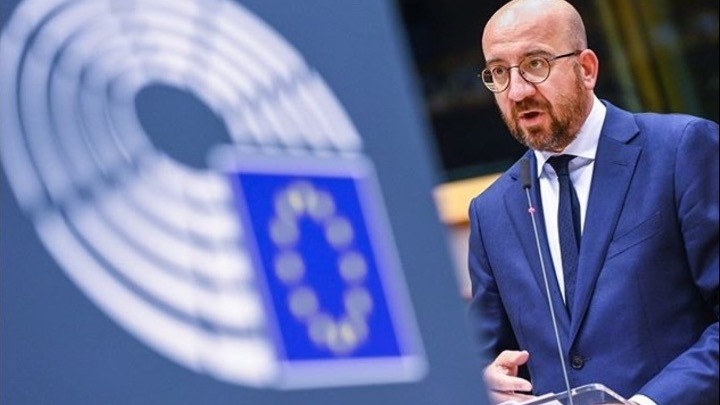 The Lithuanian government declared a state of emergency across its territory on Friday, as the flow of - mainly Iraqi - migrants from Belarus reached an average of 150 per day; this is an average higher than the annual number of migrants Vilnius for the past three years.

"My colleagues at the European Council make it clear that (…) the Belarusian authorities are using illegal immigration to try to put pressure on the EU, including Lithuania," Michel said during a joint press conference with the Lithuanian in Vilnius. President, Gitanas Naoussa.

Charles Michel added that he would speak with the Iraqi Prime Minister next week about the repatriation of Iraqis.

During the four-day period from Friday to Monday, 679 migrants crossed the 560-kilometer-long Belarus-Lithuania border. In total, at least 1.232 have passed this year.

"It is very complicated to communicate with a regime whose legitimacy we do not recognize and which sends immigrants not by mistake or negligence, but deliberately - it uses them as a political tool," Nauseda said.

Belarussian President Alexander Lukashenko said on May 26 that his country would no longer prevent migrants from crossing the country's western border to join the EU. sanctions from Brussels after intercepting and forcing a Ryanair passenger plane to land in Minsk, where a Belarusian journalist and dissident was arrested.

"We caught flocks of migrants here - now, forget it, you will catch them," Alexander Lukashenko said.

Charles Michel promised that more members of the European Border and Coast Guard (FRONTEX) would be deployed in Lithuania to help guard its border with Belarus.

The Lithuanian government has ordered the construction of a tent camp to house 1.000 people temporarily and has asked all municipalities to propose venues to be turned into reception centers.

INSTRUMENTS: Employers will state if unvaccinated workers have been tested

On Tuesday the 26th of the month, the submission of a responsible statement by the employers to the ERGANI system begins, regarding the observance of the obligation to submit the ...
Read more
News Bulletin Athens 9.84

"Turkey has to choose between two paths: the path of sincere cooperation under international law or unilateral provocation. The Conclusions ...
Read more
GREECE

From October 25 to November 5, eligible students will be able to submit their applications for transfers, as announced ...
Read more

The Ministry of Citizen Protection issued a detailed guide with 12 answers for the launch of the ring from Monday in the center of Athens. THE...
Read more
IT HAPPENS IN ATHENS