K. Karamanlis: The issue of antiquities was judged so that no one else divides Thessaloniki 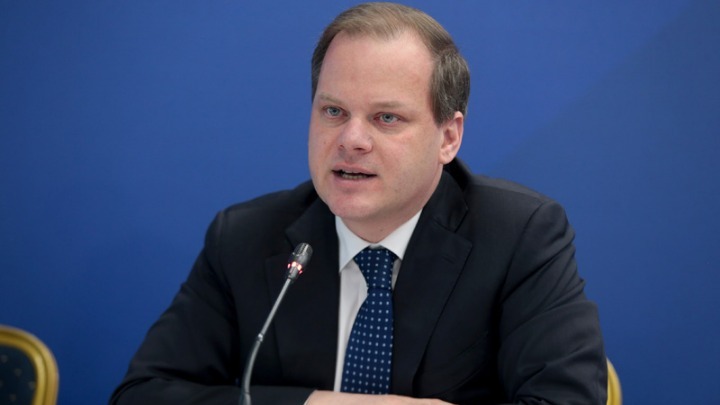 Mr. Pappas spoke about the destruction of the monument and characterized as "criminal action" the removal of antiquities. "The issue of antiquities was judged, let no one divide Thessaloniki anymore," Mr. Karamanlis replied.

Nikos Pappas referred to the decision of the CoC on the issue of antiquities at Venizelos Station, which, as he pointed out, does not indicate a specific solution, but only clarifies that the removal of antiquities is not illegal and stressed that "the removal and relocation of antiquities is not in the public interest ", talking about an incalculable amount of barbarism needed to demolish 1,5 acres of antiquities, as the findings" tread "in the old Egnatia. "It will be a crime in relation to the value of this monument, it will lead to its destruction. While there will be a long delay in the completion of the project ".

Responding, Mr. Karamanlis stressed that "since yesterday, a solution was given to perhaps the most painful of the problems faced by the Ministry of Infrastructure and Transport: The Thessaloniki Metro. The decision of the Council of State is the final justification in practice of our policy, which is the only one that ensures both Metro and Ancient. And we are not the only ones saying this λέει The Central Archaeological Council says it, the Municipality says it, the Region says it, all the productive forces of the country say it and the vast majority of citizens say it too. Well, now the Greek Justice has said it at the highest level! " Mr. Karamanlis stressed and continued: "Let no one try to divide the city anymore. I respect every view of the archaeological finds. I certainly accept that in some cases the motives of those who react are sincere. We do not all have to agree on everything. But in a favored Republic, Justice has spoken: The issue of antiquities has been judged. Definitely. It was judged by the most competent body. "Let us finally agree that we will respect the decisions."

Mr. Karamanlis referred to the major infrastructure projects that are "unblocking" in 2021, such as Line 4 of the Metro and the E65, but also to the new projects that are being launched, such as the Flyover Thessaloniki, the Attiki Odos extensions and the railways. new generation projects, as well as in the decision of the CoC for the Thessaloniki Metro. The minister focused on the two great projects that were contracted last week: Line 4 of the Athens Metro and the Northern Section of the E65.

"In both of these projects, in 2021 we will see construction sites being set up. I hope that we will achieve the same on the other long-suffering road axis, Patras-Pyrgos. "While we have also made leaps on the Northern Road Axis of Crete, which we presented a few days ago with Prime Minister Kyriakos Mitsotakis", added Mr. Karamanlis.

Live the press conference of G. Varoufakis at TIF

The press conference of Giannis Varoufakis at the 85th TIF is in progress. https://youtu.be/mIrNZRWWgnM
Read more
984

The "goodbye" to Ivkovic from the world of basketball

The most fun puzzle game against the backdrop of the old gas factory For families with children from 9 years old What was that noise? You smell ...
Read more
WORLD

Spain: An area in the city of Oviedo was evacuated after a bomb threat

The Spanish police announced that they proceeded to evacuate a central part of the city of Oviedo, in the north of Spain, on Thursday morning, after a threat for ...
Read more
IT HAPPENS IN ATHENS

The suburban trains will arrive at Koropi station and will start at certain intervals from Thursday 16 until ...
Read more
GREECE

The briefing of the political editors and the foreign press by the government representative Giannis Oikonomou is in progress.
Read more

The suburban trains will arrive at Koropi station and will start at certain intervals from Thursday 16 until ...
Read more
IT HAPPENS IN ATHENS

Large increases have been recorded recently in the rental prices of real estate, with the Athenians in a report of 9.84 talking about 30% and even 40% ...
Read more
IT HAPPENS IN ATHENS

Urban planning Ag. Friday: The municipality threatens with a "padlock" due to a large volume of work

The mayor of the city, Vassilis Zorbas, is threatening with a "padlock" of the urban planning of Agia Paraskevi from October 31, as 9.84 reveals in Athens ...
Read more
PLUSATHINA