"The island of lies" from July 1 in the summer

The Spanish drama film "The Island of Lies", based on real events, will be shown in summer cinemas from July 1.

At the beginning of the twentieth century, when the wave of European immigrants to the American continent was in full swing, a ship with 260 immigrants from Spain sank off the steep shores of the island of Salvora. Three women from the island will rush to help the shipwrecked, rescuing some, but a journalist's investigation into the shipwreck will intensify rumors that there is deceit behind the tragedy…

The Island of Lies, a cinematic debut in Spanish fiction Paula Cons, is based on real facts and is released on black anniversary of the 100th anniversary of this deadly accident in Galicia.

At dawn on the second day of 1921, the Santa Isabel steamer carrying 260 Spanish migrants to Buenos Aires, Argentina, sinks in the stormy Atlantic waves amidst storms and dense fog on the steep shores of the French coast. , in Spain. Due to the festive rastoni from Christmas and New Year, only three women from the island will rush, rowing in a boat in the fog, to help the shipwrecked, managing to rescue, under adverse and dangerous conditions, fifty of these unfortunate people .

But while at first the three islanders are hailed as heroines, rumors begin to spread that the shipwreck was intentional. The rumors intensify when an Argentine journalist arrives in Salvora to cover the event. Instead of shedding light on the facts, his research tarnishes the name of the three women, resulting in increased social pressure against them. Many questions will arise about the role of everyone in the shipwreck, subverting the seemingly quiet life of the small island community - but was it ever like that, or were the inhabitants of Salvora just artfully hiding their dark side behind a false facade?

The film is about a real event, but the themes it manages remain timeless: poverty and consequent migration, the position of women in a male-dominated society, the secret life of an isolated community that comes to light with only one catastrophe, the truth that suffocation in the narrow context imposed by the respective power.

The director used a historical event to build a cinematic universe, where the thriller adds gloomy tones to a stormy, stormy drama, like the raging Atlantic that took with it 200 poor immigrants. 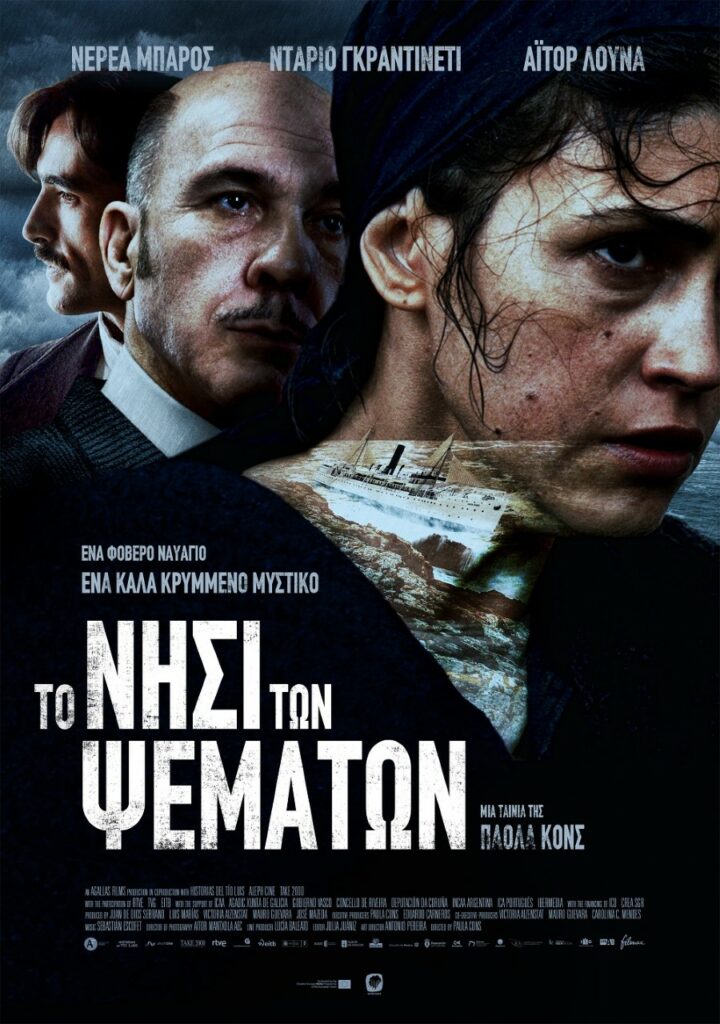 INFO
The film will be screened in the summer cinemas "Stella" (Kypseli), "Carmen" (metro Katehaki), "Dafni" (Dafni) and in other selected theaters.