G. Kavvathas: The industry is used as a lever of pressure on society by confronting the business community with customers 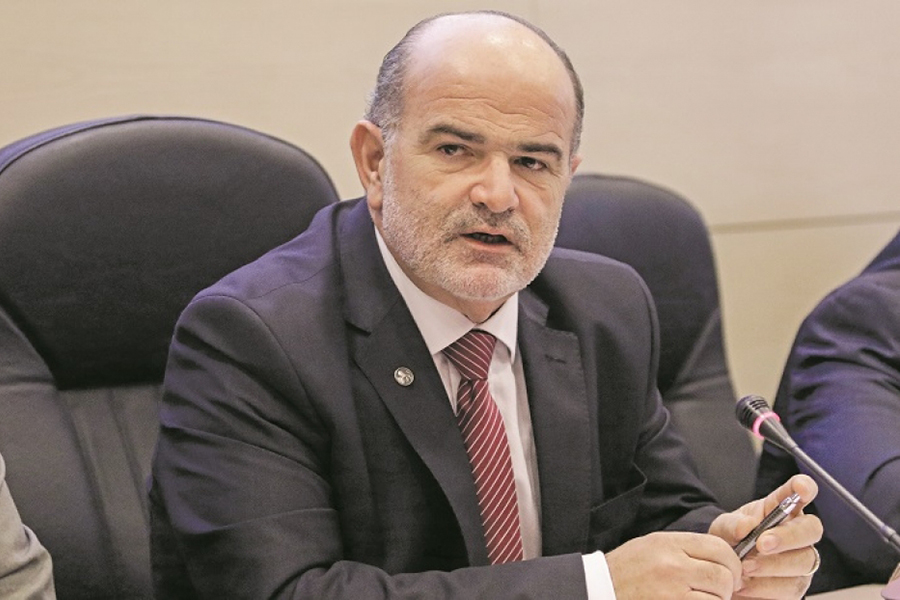 The operating framework of the entertainment and catering sector, which provides for places for purely vaccinated and "mixed" places, in which visitors will be subject to tests and restrictions, from July 15, as announced yesterday by the government, commented the President of the Panhellenic Federation of Restaurant and Related Professions (POESE) and President of the General Confederation of Professional Craftsmen of Greece (GSEVEE), George Kavvathas speaking in Athens 9.84 and Eleftheria Koumantou and Eleonora Orfanou.

"I am critical of the government's announcements because once again the industry is being used as a lever of pressure on society itself by confronting the business community with customers." he said.

In fact, he noted that in addition to the technical problems that arise, there is also the increase in the operating costs of companies in the sector, as in every restaurant and related store there should be an employee who will carry out the control and identification of incoming customers, ie if they are vaccinated or if they have done a rapid test, in case it is a mixed store.

On the other hand, he pointed out that the risk of reducing turnover is visible and even in a bad situation for the industry which is in the phase of restart.

"Given that 65% of citizens are not vaccinated and will have to visit mixed stores having done a rapid test that costs twenty euros per test, it is understood that costs will be reduced due to costs."

In this regard, he considered it difficult to have a counter-proposal: "The only thing I see possible at the moment is to replace the rapid test with a self test, so as to reduce costs."

He said that in order not to lead to a new lockdown in the economy and society with unpredictable consequences, vaccination is the main weapon we have in our hands and therefore every effort should be made to convince our fellow citizens who have not been vaccinated so far.

However, he said that there is an important issue regarding the staff in the covid free stores, as some entrepreneurs may accept to have only vaccinated staff, so there may be layoffs in the industry.

In order for a store to be described as "covid-free", the businessman and his staff must be vaccinated. "How can one force the staff to be vaccinated when the state cannot oblige the citizens?"

And he concluded: "It is not easy to find the golden section that covers the health situation and at the same time gives the right of survival to companies. It is a difficult exercise and it adds another degree of difficulty to the restart ".

The European Union today presented a series of recommendations in order to improve the protection of journalists during demonstrations, mainly online, worrying about ...
Read more
News Bulletin Athens 9.84

The Deputy Minister of Health, Mina Gaga, expressed their concern about the stagnation of the vaccination program in the age group over 55 ...
Read more
SPORT CITY

"Oxygen breath" for Barcelona from Goldman Sachs, which gave the Catalan club a three-year period to repay the loan of 595 million ...
Read more
CIVILIZATION

The inauguration of the Year of Culture and Tourism of Greece-China took place with a simple event in the Ancient Agora, just before sunset. The ceremony started ...
Read more