Another award for Tilos, the First Green Island of the Mediterranean 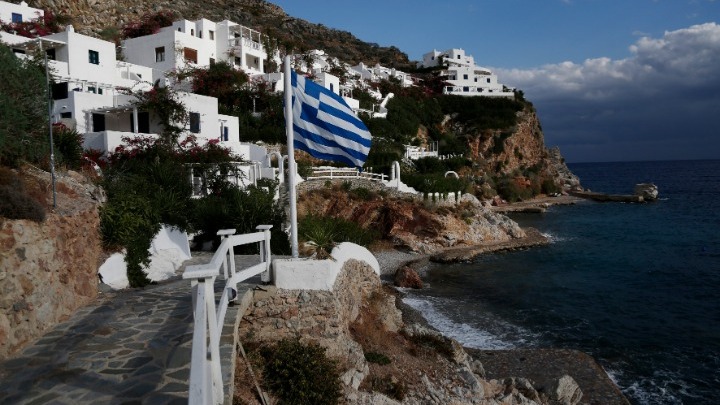 Another award was won by the municipality of Tilos in the framework of European Research Innovation Days, for the innovative Tilos Project, through which the island is almost autonomous, energetically. This award is the fourth in total for the island at European level and is accompanied by 100.000 euros, which come from the Horizon 2020 program.

His three winners IslandRenewablesPrize is: first the Danish island of Aero, second the El Hierro of the Canary Islands in Spain and third the beautiful, ours, Tilos.

"The Tilos Project, concerns the creation of a hybrid station for the exploitation of wind and solar energy, with the possibility of storage in batteries, through which, for 2 years throughout the year, we ensure 80-85% energy autonomy. In winter the rate goes up to 100%. At the peak of the tourist season, July - August, the coverage rate reaches about 70-75% », explains the mayor of Tilos Maria Kamma, talking to Athens 9.84. "Alongside we also export clean energy to the PPC plant in Kos via the submarine cable. The energy that is channeled to Kos from renewable sources has decreased by 1200 megawatt hours annually its production that is we talk about reducing consumption 220 tons of fuel oil per year and broadcast 750 tons carbon dioxide". 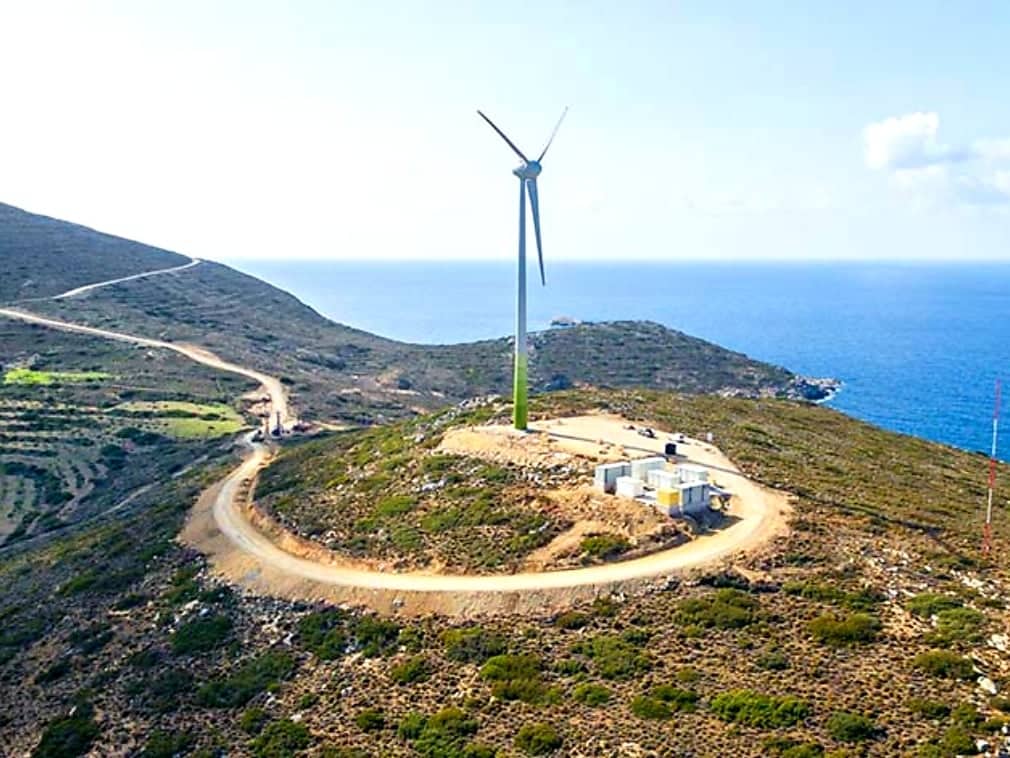 "If we install another small wind turbine, of medium size, and a small photovoltaic park, the island can become completely autonomous, energetically. We now have a wind turbine with a power of 800 KW, a photovoltaic park with a power of 160 KWp and accumulators with a capacity of 2,8 MWh ", continues Ms. Kamma.
"The implementation of the project is a multinational effort in which a total of 13 partners from 7 different European countries participated. From our country, they participated the former TEI of Piraeus and now the University of West Attica, the private group Eunice, HEDNO and WWF Hellas. It was funded with 11 million euros from the European program Horizon 2020 ".

The awards of Tilos

"This is the fourth award that Tilos wins with Tilos Project, and the first accompanied by a sum of money.
His journey began in 2015, at the planetary conference on global change in Paris, where Greece was represented by the Tilos Project. To 2017 We won the Energy Island Award as well as the Citizens' Award as part of the European Sustainable Development Week, garnering more than 50% of the public vote. Also the award of the energy island.
The 2019 In a competition in Helsinki for the promotion of entrepreneurship, the Municipality came down with the Tilos Project and in the category of "supporting the development of green markets and the efficient use of resources", we won the first prize, says the Ms. Kamma. 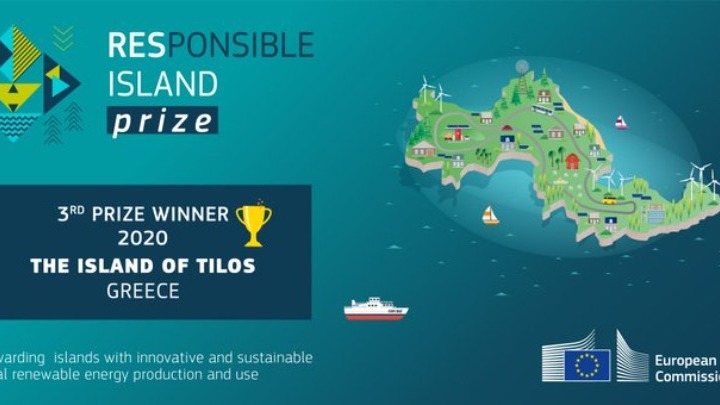 The next green steps

"It is no coincidence that the EU has designated Tilos the First Green Island in the Mediterranean," said the mayor.. "It has been in full operation for two years in Tilos a public electric vehicle charging station. We have also installed many autonomous lighting systems in streets and squares and we are waiting to receive more. The management of water resources, that is, drilling, tanks, etc. and the lighting of attractions are done remotely through its intelligent systems. Tilos Project. We are waiting for him to come to the island the first electric bus, which will replace the existing public transport, the supply of 2 electric trucks and a car is also planned. At the same time, we have submitted an ambitious proposal to the "Tritsis" program for the replacement of all vehicles in the municipality with electric ones. Another project we are starting is the installation of a desalination system, which, however, we want to use energy from RES ".

The strong determination of Greece, Cyprus and Egypt to continue cooperation on issues of mutual interest, enhancing peace, security and stability in ...
Read more
SPORT CITY

A Nimes player was arrested for meeting minors

A football player from Nimes was arrested with the accusation that he met with two prostitutes, who were minors. According to the reports of the French press, the football player was led ...
Read more
WORLD

Lavrov: No talk at the moment about recognizing the Taliban

Russia is not currently considering the issue of formal recognition of the Taliban movement (it has been outlawed in Russia), he said on ...
Read more
CIVILIZATION

UNESCO and Netflix are hosting a short film competition

UNESCO - the United Nations Educational, Scientific and Cultural Organization and Netflix have announced that they are organizing a short film competition to ...
Read more
GREECE

Good weather tomorrow all over the country

Good weather conditions with local clouds will prevail on Wednesday in Greece, according to the meteo of the National Observatory of Athens. In more detail, on Wednesday 20 ...
Read more
SPORT CITY

At the disposal of the fans are the tickets for the games of the National team with Spain and Kosovo, in the World Cup qualifiers. In detail, the ...
Read more

A school with its doors open for all children. The plan of the Municipality of Athens to create the appropriate conditions, which will allow ...
Read more
IT HAPPENS IN ATHENS

Traffic regulations will apply on Wednesday on the Athens-Thessaloniki National Road (A.T.E.) and specifically in the section between the Traganas Interchange (A / K) Traganas and the Interchange ...
Read more
CIVILIZATION