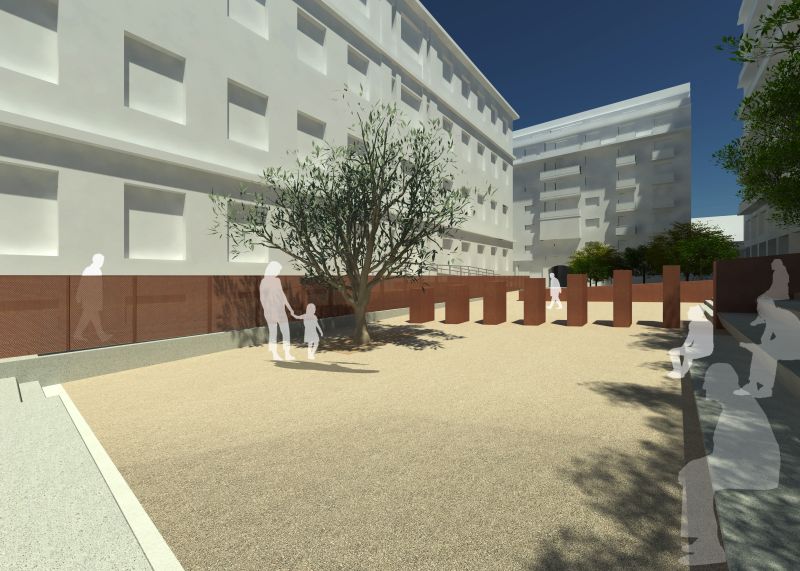 The tender procedures for the radical renovation of the historic and emblematic Theater Square, behind the City Hall of Athens, begin. The budget project of 1.900.000,00 euros is financed from European resources, while the study was the result of an architectural competition that the Municipality of Athens in collaboration with the researchers recently updated.

The radical renovation of the Theater Square aims at the revitalization of the public space of the square and the reorganization of the degraded current characteristics of the wider area. In addition to the technical and environmental dimension, the social aspect is also a crucial element. The square as a field of human communication, of meeting, of pulsating daily life. Around the Diplario School that dominates the square, the architectural manipulations will be based on the pedestrian streets of Theaterou and Diplari streets. 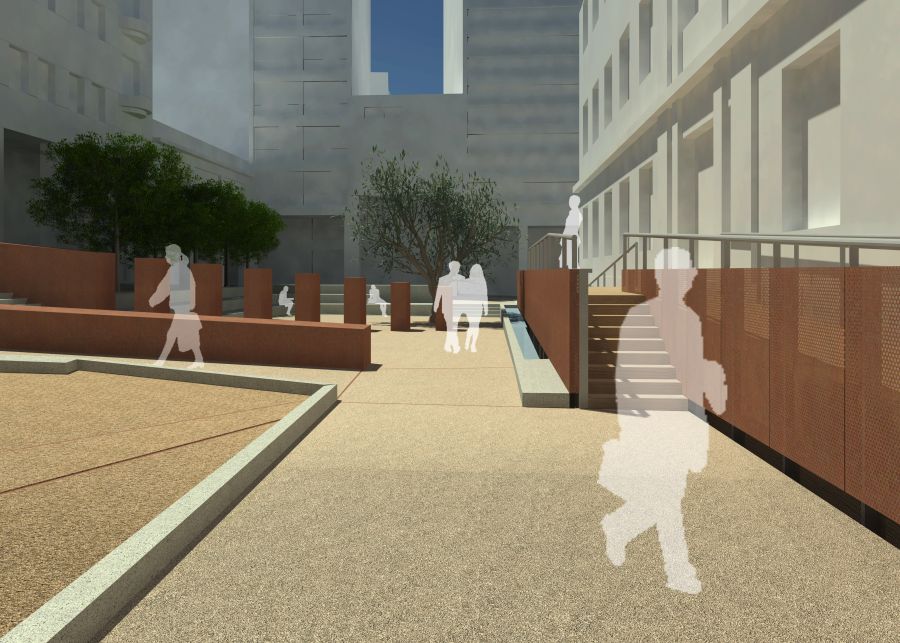 This project achieves the aesthetic and environmental upgrade of the space, the promotion of the cultural elements of the area, the efficiency and accessibility of the public space to pedestrians, the creation of those functional conditions that will favor the strengthening of residential use in the area and sense of security of residents and passers-by 24 hours a day. 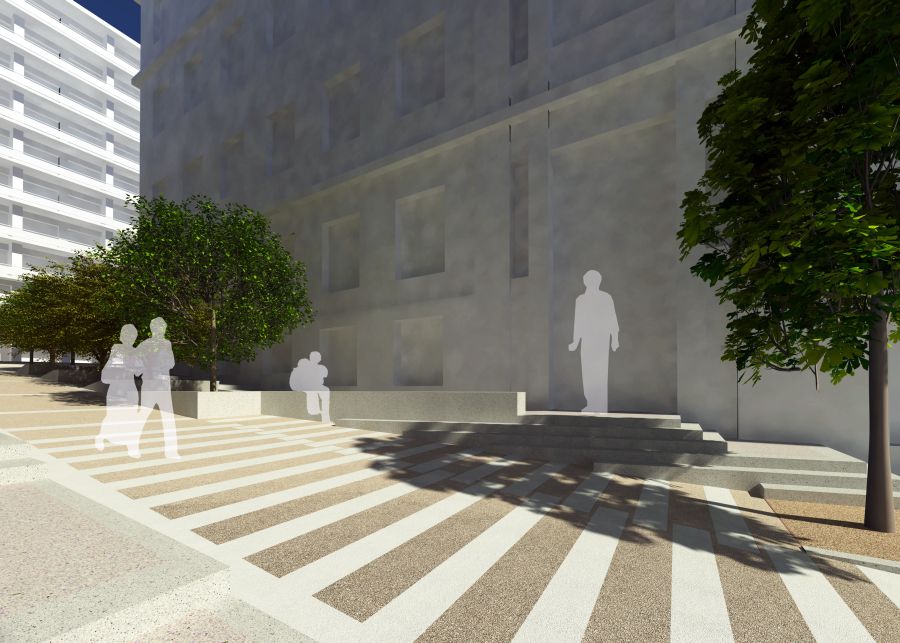 The aim of the architectural approach is to connect the present with the historical memory of the city, to create a public space for individual and collective actions. The Theater Square brings together with the archeological findings, its central barbaric position, its modern imprint, metaphorically and literally, the time course of our city. In essence, the renovated Theater Square will be able to function as an indoor garden in the densely populated center of Athens. A public reference space in the design of the Municipality, a square of amenable value for the interventions that will follow throughout the center.

This is one of the first projects that together with others that follow redefine the physiognomy of the Historical - Commercial Center of Athens. They rearrange the geometry, the aesthetics, the common added value of the technical work.

It is part of the new philosophy of the projects launched by the Municipality and where the promotion of public spaces of Athens, the creation of new ones, the unification of its green, archaeological and historical zones, the access and promotion of a new concept of sustainable mobility with human priority. are what will fuel social cohesion, local economic recovery and green growth.

The Theater Square and its renovation project were so necessary, but it was delayed for 10 years. It represents the dozens of projects of medium size, but of emblematic importance that are being launched and that will serve today, in a transitional moment, the unwavering vision of a lively, safe, sustainable and healthy city. A vision that is urgent now.

Regarding the redesign of the Theater Square and the importance of this urban regeneration, the architects who had carried out the initial award-winning study, Konstantina (Valentini) Karvountzi and Matthaios Papavassiliou, note: “The city of Athens in the present tense, bearing the obvious economic crisis and the effects of the pandemic, has the opportunity to highlight its identity through small-scale urban redevelopment, aimed at revitalizing its historic and wider center. An example of such a renovation is the redesign of the "Theater Square" in the historic area of ​​Gerani. The proposal aims to offer expectation and hope, through the creation of a masonry natural environment, a "garden" located "hidden" in the center of a suffocating city, which had already lost contact with the essence of the Attic in the last century. landscape.

The solution that won the first prize in 2010 in the architectural competition of ideas with the competitor "Unification of Archaeological Sites of Athens", attempts with simple design manipulations to semantically connect its place today with the historical background of the city and create the conditions for a quality space - receptor of multiple and different individual actions and collective meetings. It is proposed to create a central plateau in front of the Diplareio School, at a lower level than the surrounding environment, which will function as a collective living room. Inside the plateau, the presence of a large olive tree in the center, combined with a canal of recycled water, will function as a natural art installation, alluding to Athenian mythology that establishes the relationship between the city and the "countryside". Inside the central plateau, a metal sculpture will be constructed, in the place where it is believed that there are underground traces of the medieval Haseki wall. This sculpture will be illuminated at night and will function as a chronograph, with the support of an electronic device.

Structures and materials have been selected that will last over time and withstand damage from daily use and environmental conditions. Most of the flooring consists of water permeable and natural materials, such as inactivated soil, which help enrich the aquifer, while there is extensive use of natural soil for planting development. Rainwater will be collected in tanks for green irrigation. Trees and plants that are traditionally endemic to the Attic landscape were selected ".