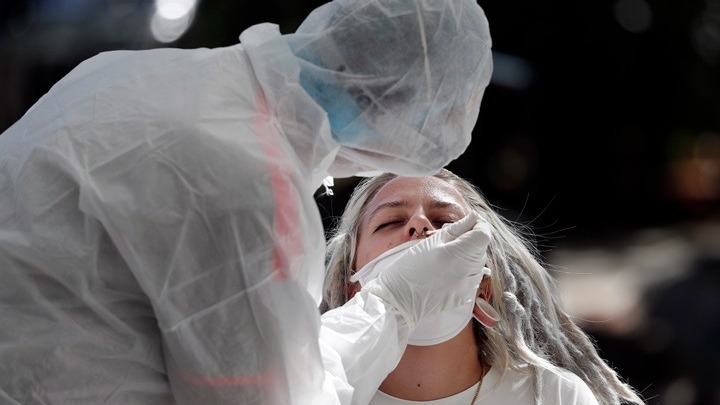 The Chilean government is considering a third, boosting dose of COVID-19 vaccine, President Sebastian Pinera said on Tuesday as Santiago seeks to control the new wave of new coronavirus infections and at the same time identify How effective is the widely used product of the Chinese pharmaceutical industry Sinovac against the most infectious, and potentially most dangerous, variant strains of SARS-CoV-2.

Mr Piniera explained that public health experts were examining "a number of scientific studies" to conclude whether and to what extent a third, boosting dose would be needed as the Latin American state began vaccinating adolescents (12 -17 years) with the Pfizer / BioNTech product.

"As a government we are dedicated to today's problems but we must also expect and prepare for tomorrow's problems," Piniera explained.

Chile relied heavily on the Sinovac vaccine in the national immunization campaign, one of the fastest in the world. 16,8 million doses of this product, another 3,9 million doses of Pfizer / BioNTech and smaller quantities of the vaccines of the Canadian-Chinese Cansino Biologics and the Anglo-Swedish AstraZeneca have been given so far.

So far 78% of the target population of the campaign has received at least one dose and 61% are considered to be fully immunized.

Paula Dasha, the country's deputy health minister, told TVN that the protection of the Sinovac vaccine was currently being studied and announced that the findings would be announced in July.

"We expect the data to show that those who were vaccinated in February and received the second dose in March will probably need a third dose in September," Dasa said.

Given that Chile relied on Sinovac's product, questions are being raised as to whether this vaccine can offer protection against different strains of the new coronavirus.

Earlier this week, more than 350 health workers who had been immunized with the Sinovac vaccine in Indonesia, which is hard hit by the Delta variant, developed symptoms of COVID-19.

No case of the Delta variant, originally identified in India, had been recorded in Chile until yesterday; however, cases have been diagnosed in neighboring countries, most notably in Peru and Argentina.

Three rockets hit the airport of Kandahar, the big city of southern Afghanistan, during the night, in the suburbs of which fierce battles are unfolding ...
Read more
GREECE

K. Synolakis: The heatwave we are living in now may be normal at the end of the century

The heatwave that has hit the country in recent days has been described as one of the ten longest lasting in the last 35 years. The APE-BPE addressed ...
Read more
News Bulletin Athens 9.84

The fire that has been raging since yesterday in the area of ​​Ziria in Achaia is in progress. The fire is burning a forest area between the villages of Ziria, Kamares ...
Read more
984

Burnt areas of forest kilometers, burned houses, cars revealed the first light of day for the fire that has been burning in Aigialeia since yesterday at noon ...
Read more
984

Another, "weak" earthquake this time, measuring 4,3 on the Richter scale, was recorded at 08:12 in the sea area 29 kilometers south-southwest of Nisyros, ...
Read more
984

ENFIA: Reduced or zero "ravasakia" will receive this year an additional 300.000 property owners

An additional 300.000 property owners, which translates to 1,5 million compared to 1,2 million last year, will receive this year, in August, reduced or even zero ...
Read more
984

A family tragedy occurred late at night, in Agioi Anargyroi, Attica. According to information from ELAS, a 46-year-old is accused of fatally injuring the 90-year-old with a knife ...
Read more