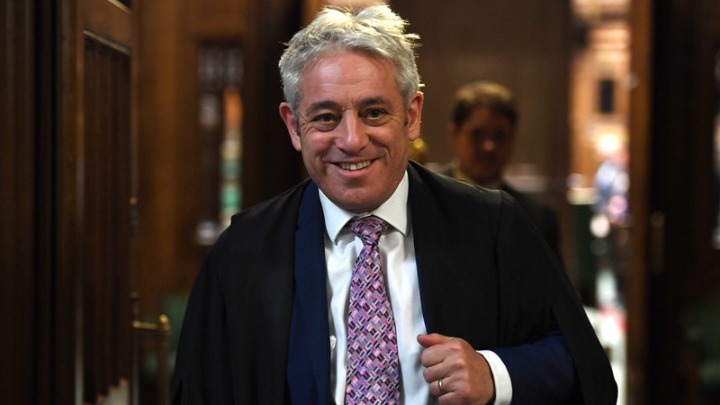 Former House Speaker John Berkow announced yesterday that he had joined the opposition Labor Party after spending most of his political career as a Conservative MP.

Berkow, who clashed with Prime Ministers Boris Johnson and Theresa May over their approach to Brexit and Parliament's treatment, told the Observer that he now believed the Conservative Party was "reactionary, populist, nationalist and sometimes even xenophobic ".

Berkow was first elected Member of Parliament with the Tories in 1997 and as Speaker of Parliament from 2009 to 2019 he became known for the way in which he recalled members of the class (under the 'Order' mandate) in Parliament and for its readiness to assist in legislative challenges to May and Johnson's efforts to pass Brexit legislation.

Many Conservatives and Brexit supporters believed that Berkow lacked the political neutrality required for the post of Speaker of Parliament.

He said in an interview with the Observer that he now wants to help the Labor Party oust Johnson from the presidency.

"I am motivated by support for equality, social justice and internationalism. "This is the 'stigma' of the Labor Party," he stressed. "The conclusion I have reached is that this government needs to be replaced," he said.

During his tenure as Speaker of the House of Commons he received numerous accusations of intimidating members of Parliament staff, accusations which he had denied.

The psychosocial support hotline 10306 is being extended, in order to provide support to those affected by the fires throughout the Territory, following a decision of ...
Read more
984

An order to prevent the evacuation of Ancient Olympia and the community of Miraka, was given by the Fire Brigade, due to the two fires that are in progress, in ...
Read more
GREECE

By order of the Deputy Minister of Civil Protection and Crisis Management, Nikos Hardalias and decision of the Secretary General of Civil Protection, Vassilios Papageorgiou, it is declared a State of Emergency ...
Read more
News Bulletin Athens 9.84

At 2.856 new cases of coronavirus in our country in the last 24 hours - 16 deaths, 192 intubated patients. In the meantime, the Commission ...
Read more
SPORT CITY

Another case of coronavirus was diagnosed in the National Artistic Swimming Team, at the Tokyo Olympics, as the Hellenic Olympic Committee announced in an announcement. In total...
Read more
GREECE

FairLife: "The pain of loss became a seed"

STARTING THE SHOOTING OF THE MOVIE "CRIMES OF THE FUTURE" BY DAVID CRONENBERG The Canadian company Serendipity Point Films and the Argonauts SA announce the start of the shooting of the long-awaited Crimes of the Future ...
Read more
984