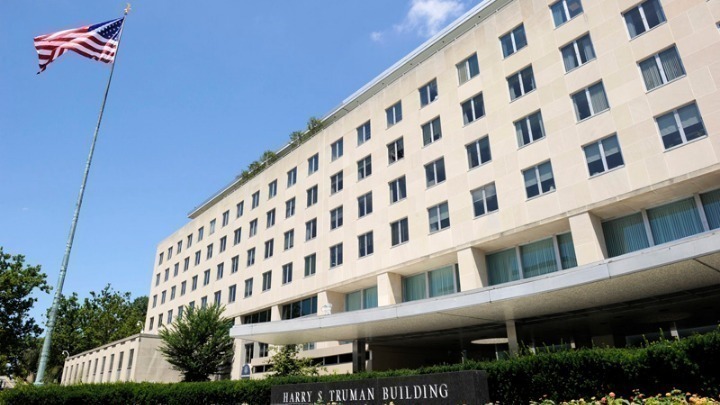 Washington has expressed regret that Iranians have not been able to participate in a "free and fair election" following the presidential election in which the ultra-conservative Ibrahim Raisi prevailed.

In an initial U.S. response to Friday's election in the Islamic Republic, a State Department spokesman said Saturday that "Iranians have been deprived of the right to elect their leaders through a free and fair election."

He added, however, that Washington would continue to be involved in negotiations for an agreement on Iran's nuclear program.

More than 500 firefighters and volunteers are giving a titanic fight to the big fire of Varybombi to keep the flames at bay ...
Read more
GREECE

Two other villages in Evia are being evacuated as a precaution

The "green light" for the preventive evacuation of two other villages was given by the Coordinating Committee that was convened and met in Lake Evia and was completed before ...
Read more
GREECE

There is no active front in Rhodes, announced the governor of the South Aegean

"There is no active front on the island of Rhodes and the fire that had previously broken out in Kos, is under control," he announced a while ago ...
Read more
GREECE

Mayor of Acharnes Spyros Brettos: "We are on alert"

The residents of Varybobi, Adames, Thrakomakedones and the surrounding areas have been facing an unprecedented situation since noon from the fire that broke out ...
Read more
GREECE

The fire was limited to the Agrambela area of ​​Kalavrita

According to the Fire Brigade, the fire that broke out late on Tuesday afternoon in a forest area in the area of ​​Agrambela Aroania, in the municipality ...
Read more
SPORT CITY

The "golden" change of Pedro Martins, Agibu Kamara, saved Olympiakos from the defeat by Ludogorets, in the first match of the two teams for ...
Read more
SPORT CITY

Unprepared, PAOK was tested hard in Dublin by Bohemian and was finally defeated in the first game between them for the Conference League with 2-1. The...
Read more