Diana Ross has announced her first new album in 15 years 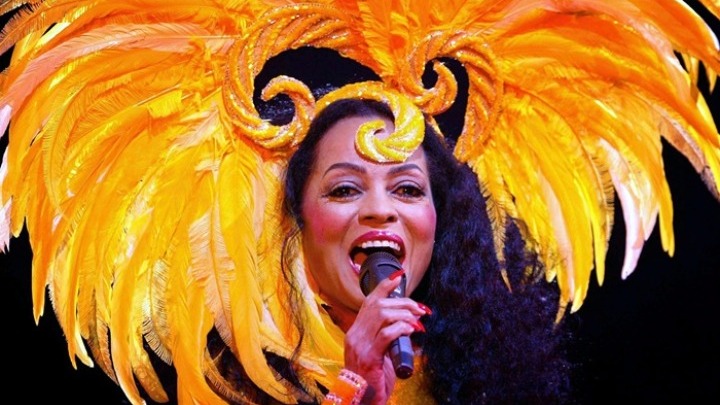 Diana Ross returns to the discography, as she announced her first solo album in 15 years.

The upcoming album, entitled "Thank You", follows the 2006 album "I Love You" and will also be the singer's first new album with original material in 22 years. "Every Day Is a New Day" was released in 1999.

Ross's new album was recorded at home during the lockdown with Jack Antonov, Jimmy Knips, Teila Parks and Spike Stand and will be released on September 10 via Decca, while the single of the same title has just been released.

According to the company's announcement, it is a "strong, open to all, musical message of love and companionship" and "with the songs of happiness, appreciation and joy, it wholeheartedly recognizes that we are all together in it".

"This collection of songs is my gift to you with appreciation and love. "I'm eternally grateful to have had the opportunity to record this wonderful music at this time," said Diana Ross.

As a solo musician and member of the Supremes, Ross has sold more than 100 million records worldwide. In 1993, she entered the Guinness Book of Records as the most successful female musician of all time.

Extraordinary information at 20:00 by Nikos Hardalias

Extraordinary briefing will be held at 20:00 by the Deputy Minister of Civil Protection and Crisis Management, Nikos Hardalia on the evolution of today's fires. The update will ...
Read more
IT HAPPENS IN ATHENS

The situation in many areas of Athens today is bad today, in terms of harmful PM2.5 particles, ie the thin inhaled particles with a diameter ...
Read more
GREECE

Fire from Albania crossed the border into Thesprotia

On Greek territory, in the remote areas of Limeri and Agios Nikolaos Filiates, the fire that broke out yesterday in Albania near the border with ...
Read more
News Bulletin Athens 9.84

Dramatic hours in Evia. Rovies in the flames. The inhabitants were removed. 12 settlements, dozens of houses and over 20.000 acres have already been evacuated ...
Read more
WORLD

US: Donald Trump appeals against decision to submit his tax returns to Congress

Donald Trump's lawyers went to court today, in an attempt to prevent the former president's tax returns from being disclosed to the Democrats ...
Read more
GREECE

The psychosocial support hotline 10306 is being extended, in order to provide support to those affected by the fires throughout the Territory, following a decision of ...
Read more