Elliniko: The next day started - What projects are being done 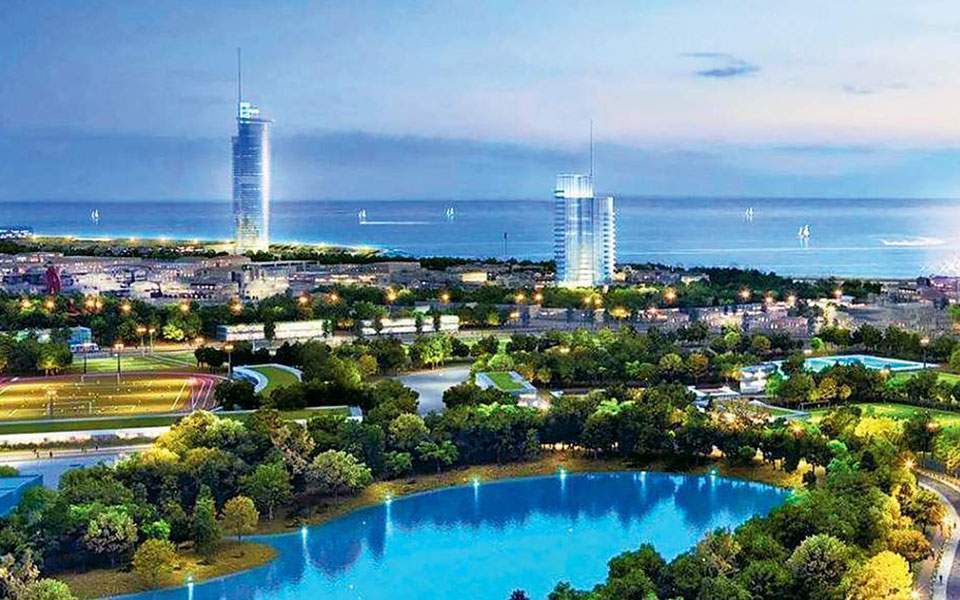 The next day, which marks the start of work on specific development projects in Elliniko, the largest urban regeneration project in Europe, is now the entire staff of Lamda Development, after the announcement that on June 25 the first installment will be paid to the Greek State price, amounting to 300 million euros and the Letter of Guarantee, amounting to 347 million euros, will be delivered to the HRDH.

The board of directors of the company last week decided to proceed with the purchase of the shares of Helliniko SA as the latest decisions of the CoC were issued and the issues related to the deferral clause concerning the Casino operating license were settled with the HRDH.

As mentioned by the company, the moment is historic as it coincides with the period of restart of the Greek economy and the effort to recover the country. In this effort, Lamda Development will lead, as stressed, as Elliniko is a project that will give growth impetus to the Greek economy and will reposition Greece in the global investment and tourism map, incorporating the most modern technologies and principles of urban planning. and architecture, it is pointed out in the announcement.

The goal is to create, as reported by Lamda Development, a modern green, digital city, a model of sustainable development, friendly to people and the environment, which will highlight the cultural heritage of Greece. A new place of entertainment, relaxation, walking, sports, accessible to all.

In the context of the company's desire for constant communication, it was announced that a series of online presentations of the project's progress is starting. The first two will take place in the first fortnight of July and will concern the architectural plans of the first residential tower in Greece and the planning of the development of the coastal front.

Athanassiou St.: For their implementation we have with us top partners from Greece and abroad

"For 7 years we believed that our vision could become a reality. Today begins the implementation of all that we planned with a lot of patience and faith, but mainly passion and dedication to our goal all this time. We have complete architectural plans for the first phase of the Project which we will start presenting immediately and for which we have secured funding. For their implementation we have with us leading partners from Greece and abroad. We look forward to becoming ambassadors of sustainable development in our country through the creation of a "smart green city". We will try to constantly listen to the pulse of society in order to upgrade the quality of life and everyday life of citizens. With Elliniko we will create a model project on multiple levels that will upgrade the image of the country internationally "said the CEO of Lamda Development Odysseas Athanassiou, who never stopped, as he said, to believe in the implementation and prospects of the project , even in times of long delays and difficulties

The projects that are starting - Emphasis on the Metropolitan Park

Based on the planning that has been announced, the projects that are starting are:

- A large part of the Metropolitan Park

- The largest shopping center in Attica, which with commercial spaces of 72.000 sq.m. will be 20% larger than the Mall in Maroussi. The shopping center will be built very close to the "Elliniko" metro station, on Vouliagmeni Avenue.

- Office space and hotel within walking distance of the mall, on the north side of the property, near Vouliagmeni Avenue.

- A Galleria to be built near the marina of Agios Kosmas,

- Two Hotels in the coastal zone

- Skyscraper for houses up to 200 meters above sea level, also on the coastal front, near the marina of Agios Kosmas.

In each of his interventions in recent years, Odysseas Athanassiou emphasized the central component of the investment which, according to the company, is "the creation and maintenance of a 2.000.000 sqm park, one of the largest in the world, with free access to public as well as the upgrading of the coastal front, also with free access ".

"The responsibility is great because our vision is the work of Elliniko to turn the page for the country, to upgrade the quality of life and the daily life of the citizens. That is why we have been working for so long and working out plans and alternatives for even the smallest difficulty. that can happen "say the executives of Lamda management.

The regeneration of Elliniko, according to a study by IOBE, among other things, will contribute a total of over 14 billion euros in tax revenues to the state in the time horizon of its implementation.

More than twenty years after the last take-off from Elliniko runway, and seven years after the announcement of the preferred investor, the passengers of the planes that will fly over Elliniko will see a construction site through which Lamda Development aspires to create the first "smart" and "green" city of our country, with all the modern technological infrastructures.

Pesiridou: "I can not believe that this happened to me again"

Elisavet Pesiridou is disappointed with her serious leg injury during the Olympic Games in Tokyo. The Greek athlete of 100m ....
Read more
GREECE

Five fires in progress in Macedonia

A fire in a forest area in Toroni, in Sithonia, Halkidiki, broke out shortly before 3 in the afternoon. According to the Information Office of the Fire Brigade ...
Read more
GREECE

The fire in Rhodes was brought under control

The fire that broke out at 3 p.m. was brought under control, fortunately without causing much damage. on the island of Rhodes. The fire broke out near ...
Read more
984

Lake Evia: In Rovies the authorities send the inhabitants to the beach - The port removes trapped citizens

The residents of Rovies are living very difficult times at the last moments, as the authorities invite the residents and the tourists to gather all in ...
Read more
GREECE

ECA: Account and collection of food for the victims of the fire in Varybobi

The Greek Red Cross - Ε.Ε.Σ. proceeds to open a bank account to support the fire victims and the homeless animals that were left homeless, with ...
Read more
SPORT CITY

In the Athletes Committee of the IOC Gasol and Pellegrini

Two of the biggest forms of world sports were elected today in the Athletes Committee of the International Olympic Committee. This is the Italian swimmer Federica Pellegrini ...
Read more
PRESS RELEASES

Emm. Karalis: We had a difficult time but my parents managed to send me to the Olympics

With a huge smile permanently painted on his face, perhaps the brightest in the event, Emmanuel Karalis still can not realize the ...
Read more