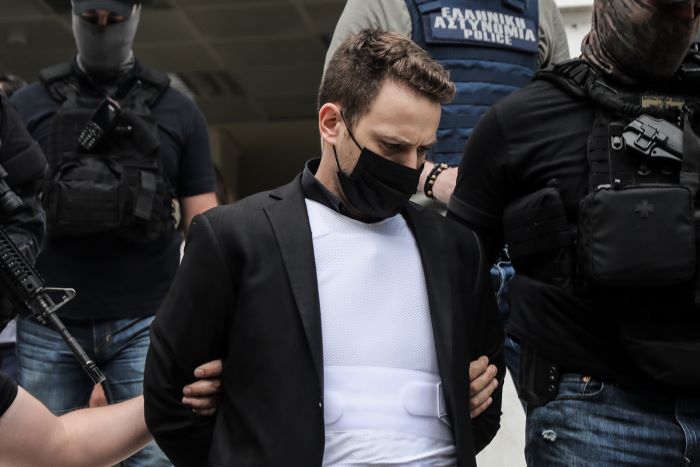 While Caroline was sleeping, the accused allegedly slept pilot he killed her, while her death was not instantaneous but agonizing.

This conclusion emerges from the forensic report included in the case file against the pilot, who confessed that he was the perpetrator of the crime.

The valuable conclusions about the condition of the young girl and the time of her death, which did not coincide with the initial testimonies of their husbands, were drawn from the processing of the data recorded in the smartwatch that Caroline wore.

From the testimony of the medical examiner it appears that immediately "as soon as I saw the watch worn by the victim and knowing that such watches record multiple parameters of activity and heart function I thought I should take it out immediately to protect it and take it for evaluation in criminology laboratories".

And according to the same testimony: "So from the data that have been recorded on the smartwatch and you report to me, I appreciate the following. The heart rate of a person at rest or in physical activity depends on many factors such as age, heart condition or whether the person is in a state of physical or mental stress. From the values ​​you mention to me, I consider that the heart rate from 48 to 58, which is recorded 1:41 to 3:51 on May 11, 2021, corresponds to a sleep period. I consider the same for the recording at 3:58 when the pulses are 61 minutes. At 4:05 the pulse increases by about 50 per cent of the rest of the person at rest. I believe that at that time the person was in a state of very strong mental or physical stress. Given that I have determined the time of death at the time of the site autopsy at five to six hours from 100 o'clock at the time of the autopsy, I consider it perfectly compatible that the process of the death mechanism took place from 10:4 until 05:4. At 11:4 is the last recording of the smartwatch and I believe that death occurred immediately after. From the necropsy and autopsy I had concluded that the process of death actually lasted a few minutes, that is, that the death was not instantaneous ".

In addition, the forensic findings appear to be inconsistent with the pilot's descriptions based on what he described in his testimony that they had taken place at the crime scene.

"I examined him around two o'clock on May 11, 2021, that is, about 8 hours after 6:08 o'clock. The communication was excellent, he did not have a brain injury or suffocation. I rule out the possibility that the man I examined, 33 years old, a pilot by profession and without craniocerebral injuries, remained in a state of anesthesia for 2 hours. The loss of consciousness in a person for any reason such as fear, hypoglycemia or temporary suffocation, is expected to last 10 minutes and in no case 2 hours. In any case, a young healthy person could not faint for 2 hours. "His injuries were minor."

The assessment that the 33-year-old pilot had not planned the murder of his wife and that there was no other motive to kill her, was expressed by his lawyer, Alexandros Papaioannidis, speaking to Mega.

"The crime was not pre-planned, nor was there any other motive. "And these are being overthrown because we have a confession from him," the lawyer noted.

"An act realized by him, possibly from day one. It is a confessed act, not hiding any evidence. With his confession he shed light on several scenarios that existed if there was an accomplice or other motive, which are refuted by him. "The guide is the child," he added.

According to the lawyer, their defensive line will be that Caroline's murder took place "following other events".

As Mr. Papaioannidis stated, before the murder of the 20-year-old, there was a quarrel between the couple. Regarding the fact that the medical examiner said that Caroline was killed while she was sleeping, the lawyer said that "Caroline was not sleeping at the time of the murder".

"His will from the beginning after the act was to confess," he added, referring to the killer.

Asked why the 33-year-old pilot was 37 days late to confess, his lawyer told him he did it for his child. "He did not want to deprive his child of both parents on the same day. That is what he was thinking and he did not immediately confess to the murder. "

The neighbor's testimony and the dog crying

On June 17, the woman whose house is partitioned with the couple's maisonette in Glyka Nera gives an additional testimony that comes to complete pieces in the puzzle of the pre-investigation case.

"I fell asleep on the sofa in the living room of my house, which is located on the ground floor. As a human being I sleep very lightly. At 4:20 a.m. he heard a noise like "gdup" and immediately after a sound made by Caroline's dog. This sound was instantaneous and I realized it was the animal crying and not barking. I tell you this because I love animals so much and I understand when a dog cries. However, I did not hear barking at all, neither before nor after the animal cried. If the children's dog next to it barks I would definitely hear it. Of course, the dog was quiet and could not be heard, but as I told you last time, my and Caroline's house is a partition and sounds can be heard from one house to another. To make you understand that everything sounds if a Caroline cat meows, I listen to it and in such cases I even sent a message to Caroline to tell me if everything was fine with the animals. But to continue what I was telling you after the dog cried, all I heard were some steps up the stairs. From what I understood these steps were from a man and it seemed to me as if he was going down the stairs. To your question I tell you that I did not hear any voices or screams from the orphanage that night. "If Caroline was shouting I would definitely hear that too, since as I told you I was hearing the meows of the cats, especially at night when there are no noises at all, I would definitely hear screams."

Shocked by the loss of her child, Caroline's mother was examined during the pre-trial investigation. According to her testimony, she did not know about the "thorns" in her daughter's marriage and the problems she had with her wife, which, according to the diary kept by the girl, had led her to the decision to even leave the home with her child.

Specifically, the girl's mother has testified:

"I am Caroline's mother who was killed a few days ago in the freshwater house. I still can not believe what has happened. Caroline was a very good child, an excellent student and participated in all activities. He was a flag bearer, he went to the scouts, I did diving, theater and other activities. Babis and I met in Alonissos when he was about 16 years old. They had met in common company. We knew about their relationship and even though Caroline was a little young we saw that they were loved and we supported the children. 11 months ago she gave birth to a baby girl, Lydia. Since then I saw her every day very happy and she told me that she is having a great time. He never complained to me that he was tired or that he had problems. We talked on the phone every day with a video call and I could see that it was really good. We last talked on the phone on Monday night. She did not seem to care about anything. We said good night and hung up. The next morning I was at my house in Alonissos, some of my friends came and told me about the evil that happened. I also made some phone calls and made sure of the bad. I do not know what happened inside the house nor do I want to know why it hurts so much. Thank God Lydia is fine. "

The Turkish Ministry of Health announced yesterday Tuesday that in the previous 24 hours 126 patients with COVID-19 succumbed, increasing the number of its victims ...
Read more
GREECE

From the first moment, the Hellenic Red Cross participated with two steps in the efforts to evacuate the endangered settlements. ...
Read more
984

More than 500 firefighters and volunteers are giving a titanic fight to the big fire of Varybombi to keep the flames at bay ...
Read more